Against violence and hatred: Sweden confronts terrorism and far right with strict laws 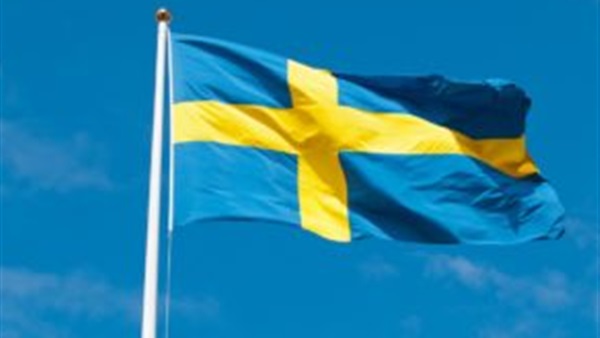 International challenges necessitate a change in the frameworks for confronting crises in a way that guarantees the protection of people from the negative effects of emerging developments. This was demonstrated by Sweden during its move towards changing anti-terrorism laws in order to be able to resist violent developments.

On November 16, the Swedish parliament approved constitutional amendments that serve its ability to tighten counterterrorism laws. This change comes within the framework of the government's desire to confront violent extremism, in addition to preparing its security conditions to join NATO and facing the possibilities of violence developing in the country against the background of the increasing migrant campaigns as a result of the Ukrainian-Russian war.

For his part, Swedish Prime Minister Ulf Kristersson believes that the recent constitutional amendment is a good step in the framework of the country's efforts to develop methods of combating terrorism, stressing that the legal authorities in his country will be able by the end of the year and early next year to fight terrorism more effectively.

The amendments, approved by the Swedish parliament by a majority of 278 out of 349 votes, allow for regulation of the establishment of civil associations and bodies due to the growing fear of politicians that these associations could be used as an umbrella for terrorism or its financing, in addition to the existence of more severe penalties against terrorist organizations, participation in them, or support of them in any way.

European countries and the problems of changing terrorism laws

European countries are moving towards changing counterterrorism laws as an entry point to confronting legal obstacles in this regard. Given the modernity of international terrorism as a phenomenon that threatens different countries, the introduction of new laws to confront the crisis has become an urgent matter, especially in Europe.

Most European countries enjoy legal systems that are keen to preserve the rights and freedom of citizens, believing that democracy and political pluralism are the basis for the development and progress of societies. With the passage of time and the growing threats of terrorist groups, it has become necessary to amend some laws so that extremist groups do not take advantage of the flexibility of European laws and threaten their security.

The Swiss government faced widespread internal criticism after announcing the new amendments to the Anti-Terrorism Law, as some human rights associations as well as some decision-makers feared a possible restriction of rights and freedoms as a result of this law. But the government defended it due to its desire to preserve the country's national security with strict legal articles that prevent the use of the law to settle scores or harass citizens who are not involved in terrorist cases.

In 2020, the Swiss parliament approved a new law to regulate security dealing with terrorist threats, as the government believes that Switzerland is still a target for violent attacks. The new law allowed the security authorities to monitor suspects and impose house arrest against them without waiting for actual involvement in terrorist crimes, as was the case according to the old laws.

Britain also moved to discuss legal amendments to confront the file of the returnees, as the government wants to revoke their citizenship without prior notification, but it is shackled by the current law that obliges it to notify them and give them an opportunity to defend themselves, amid conflicting information about losing contact or information about their whereabouts.

In another context, the threat of the far right in Western countries is escalating as a dangerous variable amid the attacks of takfirists, which requires taking into account the drafting of new laws that ensure the punishment of extremists who pose a threat to security and society, regardless of their ideological backgrounds.