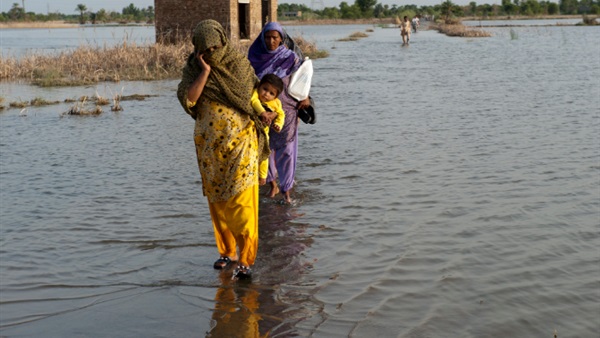 Pakistan’s top climate negotiator welcomed the agreement at the U.N. climate conference to set up a fund for vulnerable countries impacted by climate disasters, saying that it was “an investment in climate justice.”

Pakistan, which faced deadly floods this year that cost the country billions of dollars, has advocated for years for funding for loss and damages — a form of climate reparations to the most vulnerable countries.

The decision to move forward with a fund “responded to the voices of the vulnerable, the damaged and the lost of the whole world by establishing a fund for the lost and the damaged,” said Sherry Rehman, Pakistan’s Federal Minister for Climate Change, speaking on behalf of a group of 134 developing countries known as the G77.

“We have struggled for 30 years on this path and today in Sharm el-Sheikh this journey has achieved its first positive milestone,” Rehman told the final plenary of the gathering. “The establishment of a fund is not about dispensing charity. It is clearly a down payment on the longer investment in our joint futures.”