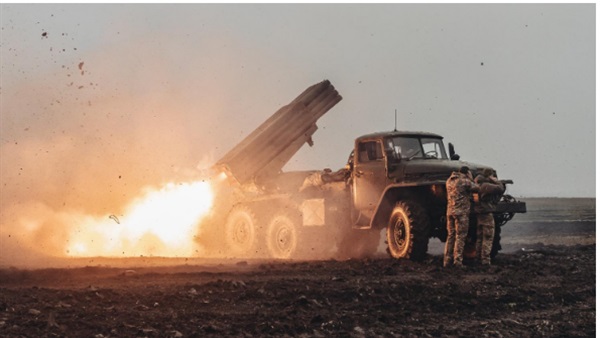 President Zelensky has said that more than ten million Ukrainians are now without power after another hail of Russian missiles smashed into energy infrastructure across the country.

Improved missile defences in Kyiv shot down all nine missiles intended for the capital, according to Ukraine’s military, but rocket, drones and missiles got through defences in other parts of the country.

“We are doing everything to normalise the supply,” Zelensky said, but added that the regions of Odesa, Vinnytsia, Sumy and Kyiv were the worst affected by outages following the attacks.

The first snow of the season fell on parts of Ukraine today after an unusually mild autumn, renewing fears that millions of people will not be able to heat their homes, cook or work as the Kremlin continued its campaign of bombing the infrastructure essential for survival. The “cold snap” has resulted in an increased demand for power, resulting in further blackouts.

In the Zaporizhzhia region, close to the fighting, at least seven people were killed in a Russian missile strike on a four-floor residential building. In Dnipro, eastern Ukraine, at least 23 people were wounded by attacks.

Russian artillery struck the city of Kherson, recently liberated by Ukrainian troops, as residents were scrambling to stockpile aid such as food, blankets, diapers and winter clothing. Shouting matches and shoving erupting as volunteers tossed supplies into crowds who had been waiting for hours in freezing rain.

Meanwhile, Ukrainian investigators have uncovered 63 bodies in Kherson with signs of torture, killed and left by Russian forces.

Denys Monastyrskyi, Ukraine’s minister of internal affairs, said that the bodies had been found in the southern region, which was occupied by Russian troops for eight months, and that he expected to find more evidence of atrocities. “We must understand that the search has only just started, so many more dungeons and burial places will be uncovered,” he said.

Monastyrski said Ukraine had logged 436 war crimes under the occupation, which ended this month as Russian troops withdrew from Kherson city and areas north and west of the river Dnipro. At least 11 places of detention have been discovered in the liberated areas, and four showed evidence that torture had been practised within, investigators said.

“Investigators are currently examining them and setting down every instance of torture. Exhumations are also taking place of the bodies of those who were killed,” Monastyrski told the Interfax Ukraine news agency.

Moscow denies its troops have targeted civilians or have committed atrocities since its invasion of Ukraine in February, despite mounting evidence to the contrary.

In every area Ukrainian troops have managed to liberate from Russia, investigators have unearthed evidence of rape, torture, murder of civilians and the forced deportation of hundreds of thousands of Ukrainians, including children being taken from their parents.

Andriy Kovalenko, a prosecutor in the Kherson regional prosecutor’s office, told the New York Times that investigators had gathered testimony on 800 detentions by Russians in the region, following a pattern seen in other areas where men of fighting age, those with suspected links to Ukrainian forces or partisans were rounded up.

Kovalenko said detainees had been subject to electric shock, beating with nightsticks and suffocation by pinching the breathing hose on a gas mask placed over a prisoner’s head.

About 20,000 Russian troops managed to withdraw from Kherson city, the only regional capital captured during President Putin’s invasion, to positions on the east bank of the Dnipro river last week.

The more than 400 alleged Russian war crimes in the Kherson region add to roughly 34,000 cases already documented by the Prosecutor General’s Office, which is building a case for genocide to take to the International Criminal Court.

Satellite imagery taken this month showed more than 1,500 graves were dug in recent months at a mass burial site near the Russian-occupied city of Mariupol, which was captured in May after a two-month siege.

Kyiv believes that at least 25,000 people were killed in the fighting and Russian occupation of Mariupol, with between 5,000 and 7,000 dying under the rubble of their bombed-out homes. Mariupol had a pre-war population of nearly 500,000. The United States has estimated that 100,000 troops have been killed or injured on both sides in Ukraine since the invasion began on February, and about 40,000 civilians have died.