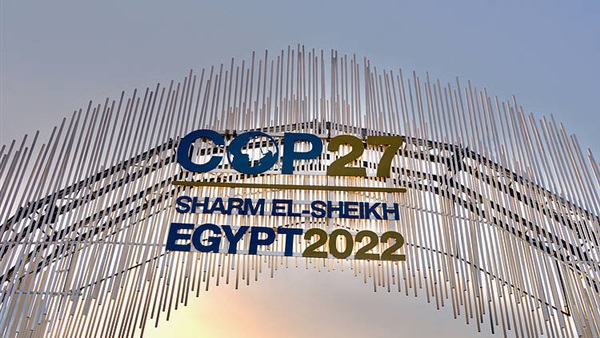 Since the first day of COP27, the world's attention has been directed to the Egyptian city of Sharm El-Sheikh. While Egypt remains in the global spotlight for two weeks, many organizations are trying to take the discussions away from the agenda designed to discuss pressing climate issues this year.

The latest act observed during the COP27 events was the Economic Cooperation Organization (ECO) (ECO) distributing a leaflet to the attendees and participants, contrary to what is permitted and practiced in such events sponsored by the United Nations, in an attempt to cast irresponsible accusations, without any evidence, against the host country, Egypt, in a continuous attempt to politicize the summit following the clear echo of its success.

Many participants stressed that people, especially residents of developing countries, are tired of attempts by some organizations and individuals to deliberately divert attention from climate problems.

ECO accuses the Egyptian authorities, without evidence, of harassment and tightening the screws on activists. This is not logical, given that the United Nations controls the areas where the events are organized and not the Egyptian authorities. However, it contradicts the reality, as a number of demonstrations condemning climate change and calling for climate justice and taking decisions were witnessed.

Following is the text of the leaflet, which Al-Bawaba News received a copy of:

Today it’s civil society day here at COP27. And today, thousands of people are still in jail for daring to speak out for human rights, democracy, and environmental integrity. ECO has been reminding our dear readers that climate is a human rights issue, and that there is no climate justice without social justice.

Since COP has started, civil society observers have never felt so popular: innumerable local staff members have been taking pictures and videos of us, of our phone and laptop screens. Some observers have been randomly stopped at the entrance… they thought it was for an autograph but instead it was to get their bag checked!

And while this constant level of control is unacceptable for a UN meeting, they offer only mild insight into the struggle our sisters and brothers go through every day, when basic rights like the freedom of speech, press and peaceful assembly are not upheld.

Last week, a huge march happened within the COP premises. There was high energy and solidarity, but ECO cannot help but regret that this happened within well protected walls, far from the streets where people are living firsthand what it means to have their political and civil rights heavily limited.

On this Civil Society Day, do not let us be fooled by high proclamations and rights washing. Let us continue to demand climate justice, basic freedoms, and a safe and free civic space. Let us continue to demand that human rights are included not only in negotiated decisions, but also in the daily reality of people across the world that have the right to speak freely and not have their life threatened because of that. 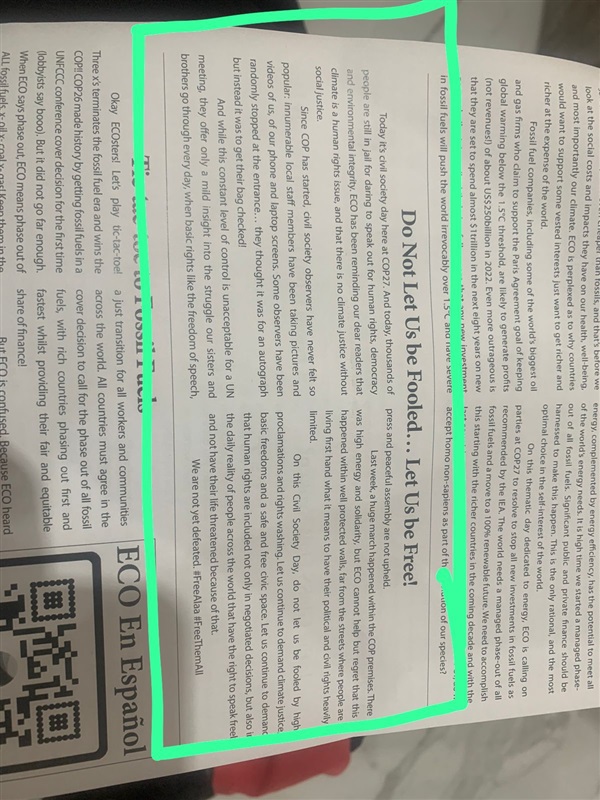