Cop27 summit of implementation.. How are we going to concretely implement the targets of the Paris Agreement 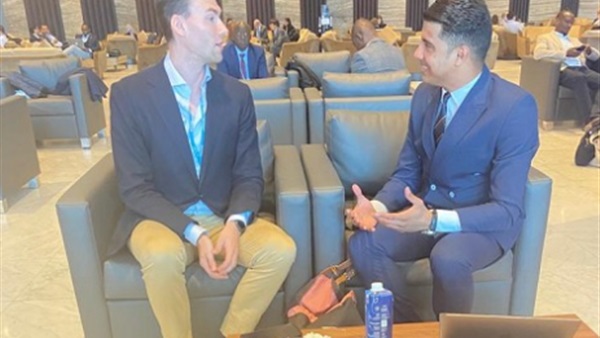 Casimir Legrand, Climate Politics, Intelligence and Diplomacy Manager at C40 Cities Climate Leadership Group, which supports mayors and cities to engage in global, regional and national policy discussions with the goal of strengthening their climate leadership, and advocates for ambitious and equitable climate action.

What is the significance of this year's Climate Change Summit?

The significance of this year’s summit is that last year at COP26 in Glasgow it was the time when a lot of targets and commitments were announced, and COP27 is all about the implementation. So it’s not about announcing new commitments to kind of kick those commitments down the road, but really to decide how we’re going to concretely implement the targets of the Paris Agreement.

How do you see the Egyptian organization of the activities of this summit?

The Egyptian presidency in general is doing a nice job to bring together initiatives. I work at C40 Cities, which is a global network of mayors who are trying to take the urgent actions that we need to stay on track for 1.5 degrees, and from a city standpoint, the Egyptian presidency is really starting to recognize the pivotal role that cities are playing, as they’re not just observers to national government meetings, but they’re really the key to the solution. So we’re very proud that for the first time, under the leadership of the Egyptian presidency, they are launching two initiatives. One is sustainable urban resilience for the next generation (SURGe), which will be a track specifically to help cities unlock the finance they need to go further and faster; and for the first time ever, the COP presidency is also bringing together urban ministers in the first urbanization ministerial that will happen at the end of next week.

Moving towards a green environment and implementing sustainable development requires some mechanisms of success and continuity. From your point of view, what are the factors we need in this file?

I think what we really need is a change of mindset, and we need a lot of enabling conditions to ensure that the technologies would allow us to move to a greener future and also transition out of the Covid-19 pandemic for a new normal, one that is sustainable, just, and leaves no one behind. We really need a change of mindset to wean ourselves off fossil fuels and to move towards solutions that will allow for more thriving communities.

It is known that this summit is called the “implementation summit”. Do we see decisions that obligate the major industrial countries to support climate change financing?

We’re seeing some advancement in some ways. I think, for instance, it’s quite telling that on the COP formal agenda the issue of loss and damage financing has been formally included. I think it makes sure that rather than just having conversations about having future conversations, we really start to identify how we can deliver on those priorities. I think on the whole that there’s a bit of lackluster commitments coming from industrial countries. There have been some very positive announcements on the adaptation front and financing as well for adaptation, which I know is one of the priorities of the Egyptian COP presidency, but we really need to see more concerted action from developed countries to really ensure that loss and damage financing actually concludes with a meaningful mechanism and decision to come up with an outcome that will ensure, even if the operational modalities of that financing facility mechanism are not decided, that financing is immediately available to developing countries who urgently need it.

Global conflicts like the war in Ukraine and the food crisis really affects climate and that leads to climate falling to the bottom of the agenda. But what’s really critical to remember is that a lot of those conflicts can also be exacerbated by climate change. If you have droughts and strange weather patterns that prevent food from being grown properly, that’s only going to become a bigger issue down the road. Although there is potential merit to say that geopolitical developments will result in climate may be losing a little bit of traction in terms of priority on the agenda, but it’s really important to ensure that climate is not dropped from the agenda. Climate still remains one of if the not the most pressing priorities for this century, because it’s going to impact geopolitical conflicts and state-to-state security relations, it’s going to bleed into food dynamic systems, and not only that, but it could also lead to water security issues.

What do you think of Egyptian President Abdel Fattah El-Sisi's call to stop the Russian-Ukrainian war?

I firmly believe that the Ukrainian invasion is illegal; it contravenes international law, so I’m in full agreement that the war needs to stop, not only for the protection of human life and the tragic loss of life that has occurred as a result of this tragic and illegal invasion, but also because of the compounding effect that it’s having, for instance, in Europe, where the energy crisis is resulting in individuals’ energy bills going up, leading also and propagated by a rise in the cost of living. 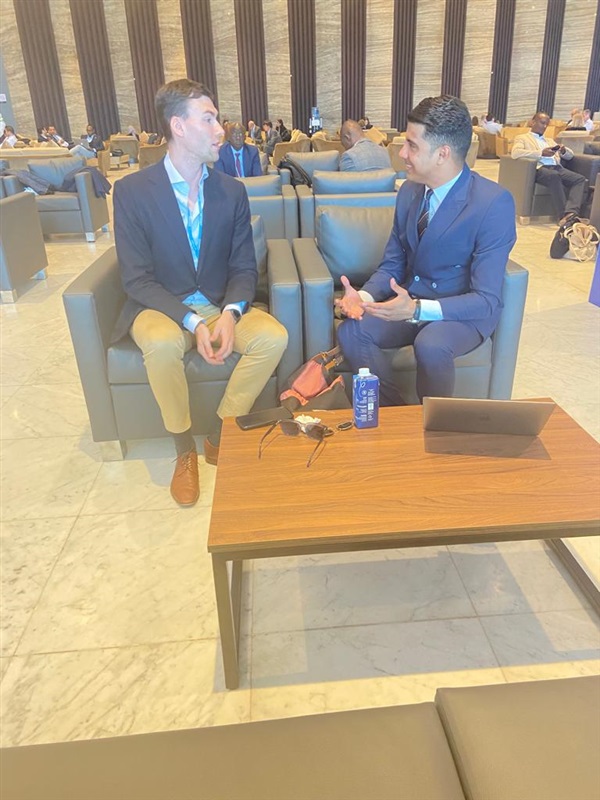