Sam Warburg: US serious about paying its financial pledges to countries affected by climate change 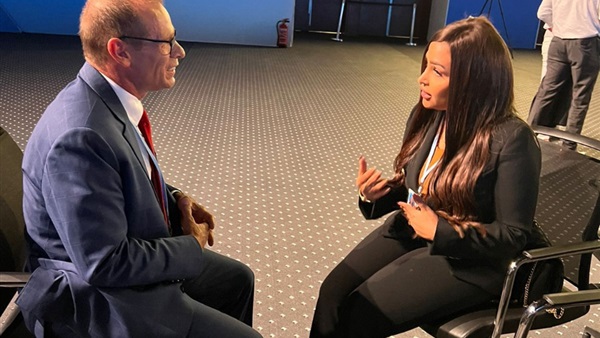 Although the United States is one of the countries contributing the largest percentage of carbon emissions, it is now working to reduce and address this through a large number of friendly projects for the environment that reduces the percentage of those emissions, Sam Warburg, regional spokesman for the US State Department, said in an interview with Al-Bawaba News, adding that it is not enough for Washington to contribute only to financing, but it must also contribute, through various technological techniques, to reducing the rates of what causes climate change.

He also thanked the Egyptian state for its interest in the climate file, not only by holding this summit, but for many years.

First, how do you see US President Joe Biden's speech at the climate summit, and what are the implications of supporting Egypt with $500 million to set up projects to combat climate change?

This event is considered one of the most important events related to combating climate change, and this is a great opportunity. Here the leaders gather, and we have the possibility of financial assistance to all participants. We are here to set a new financial system to provide this assistance; $1 million for US-Egyptian aid. We watched the speech of US President Joe Biden, which clarified that there is great interest in climate issues, and the provision of $500 million to Egypt is the best evidence.

The United States is one of the major industrialized countries that contribute a large proportion of carbon emissions. What is your plan to reduce these emissions?

America will strive hard to reduce its emissions. The United States will bear the responsibility and will contribute to initiatives to provide financial and technological assistance. This is our role, and we will take serious steps in this matter.

Are we talking now about serious pledges, whether in terms of funding or any other aid to the countries most affected, or could we see a reversal of the implementation of these pledges, as happened in the Trump administration?

Biden's administration is fully committed to providing financial support and establishing projects that contribute to reducing emissions. I think that all institutions in America will agree to these steps, and this is a democratic matter. I think the US administration announces its support for any projects that confront climate change. This is normal, because the time has come. We don't have time for further discussions on this matter. Now is the time to implement to save our planet.

Could we see the imposition of sanctions on some non-committed countries?

Imposing sanctions on countries is difficult to implement because there are no controls from the side that will impose the sanctions. The world has a clear certainty that there is climate change, and this has become a reality and we do not have much time; we have to start quick measures. This summit is a precious opportunity, and world leaders must save the opportunity and take advantage of it.

Now, in the shadow of this summit that is being held to search for a solution to save our planet, there is an ongoing Russian-Ukrainian war that contributes greatly to climate-damaging emissions. How do you see this matter?

I think that there is a Russian delegation represented at this summit and another Ukrainian, and certainly there were talks about these climate risks caused by the war in general. We are not talking on behalf of any delegations, but I see that there are efforts by John Kerry, the climate envoy to the United Nations at the international level, to unite all efforts with all parties in order to take advantage of the opportunity and work to develop a strong system to face climate change.

Tell me about your vision of Egypt's role in confronting climate change?

Egypt plays a very big role in the file of sustainable development and the Egyptian investments in climate-related projects. Egypt is coordinating with all parties in the United Nations. There is bilateral coordination between Cairo and the United States in projects such as desertification and climate adaptation, which are large projects that need financing. Hence, the coordination between Egypt and the United States is historical. In addition, we see that Egypt has a real will to work to combat climate change, and this is not only in order to prepare for this conference or summit, but it is work that extends for many years. 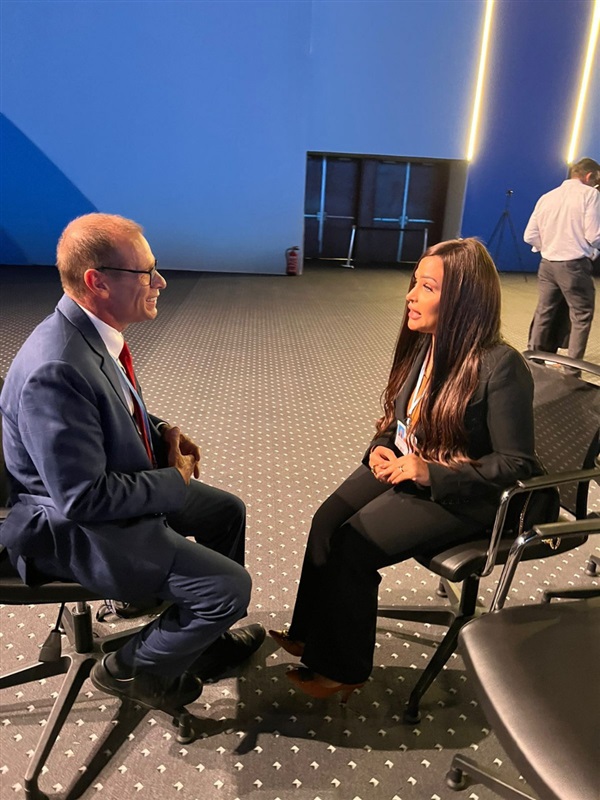 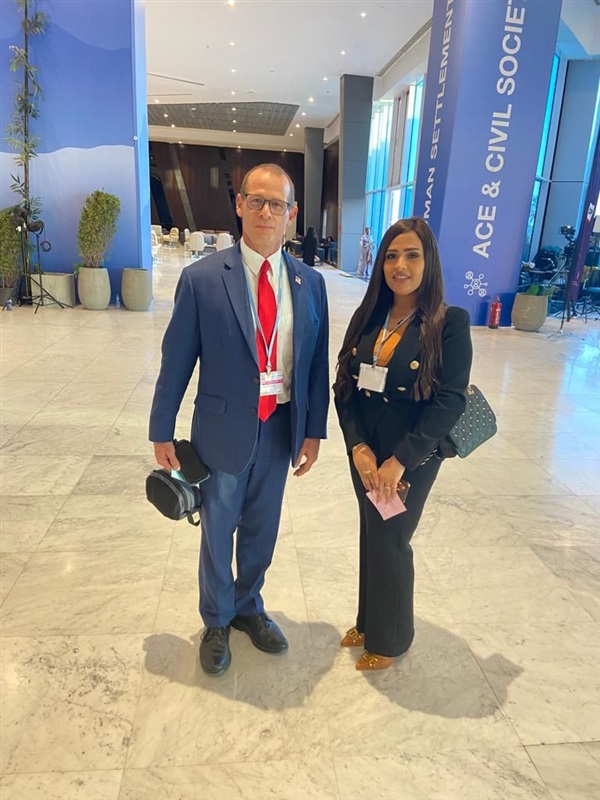 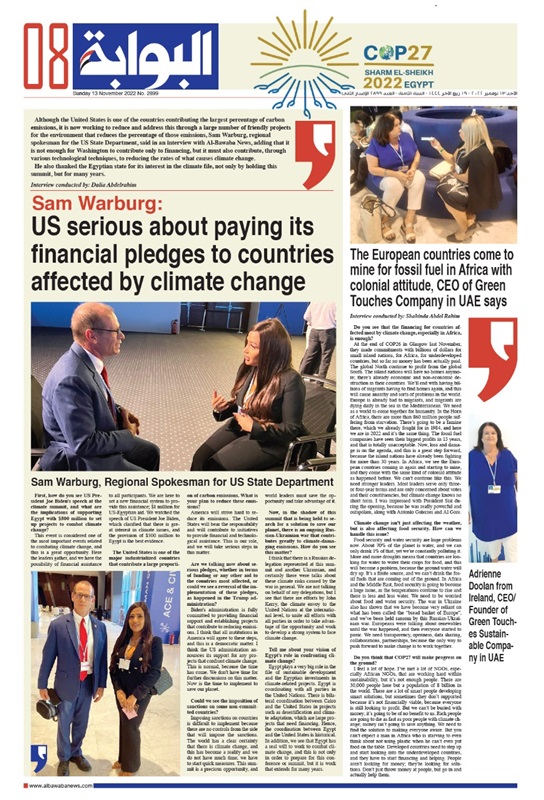