Russia’s Kherson ‘withdrawal’ may be a trap, Ukraine warns 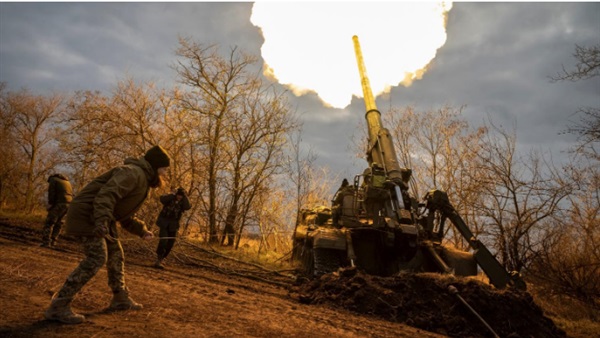 The Kremlin’s military has announced the withdrawal of Russian forces from Kherson, the occupied city in southern Ukraine that President Putin had vowed would be part of Russia “for ever”.

However, Kyiv has warned that it could be a ruse designed to engage Ukrainian forces in urban combat.

General Surovikin, Russia’s top wartime commander, told Sergei Shoigu, the defence minister, that the country’s forces in Kherson had been isolated from their supply lines by Ukrainian missile attacks and that it would be “futile” to try to hold back a Ukrainian advance.

“We will save the lives of our soldiers and fighting capacity of our units. Some of them can be used on other fronts,” Surovikin said during a televised meeting. Ukrainian troops have been steadily advancing towards the city, the only regional capital that Moscow has captured since the invasion began.

The charred husks of burnt-out Russian vehicles could be seen alongside blackened corpses in footage from heavy fighting in the region this week.

General Mark Milley, the principal military adviser to President Biden, shared the latest estimates of Russian casualties and added that Ukraine’s forces have probably suffered a similar number of casualties. About 40,000 civilians are believed to have died in the conflict, while millions have fled Ukraine or have been internally displaced.

Surovikin said that the Russian army should pull out from Kherson and take up defensive lines on the eastern bank of the Dnipro river. “I understand that this is a very difficult decision,” he said, adding that Russia’s withdrawal would take several days.

Shoigu responded: “I agree with your conclusions and proposals. Proceed with the withdrawal of troops and take all measures to transfer forces across the river.”

It would be one of the most significant retreats of the war. However, Ukrainian officials greeted the announcement with caution.

“Actions speak louder than words,” said Mykhailo Podolyak, an adviser to President Zelensky. “We see no signs that Russia is leaving Kherson without a fight. A part of the group is preserved in the city, and additional reserves are charged to the region. Ukraine is liberating territories based on intelligence data, not staged TV statements.

“Until the Ukrainian flag is flying over Kherson, it makes no sense to talk about a Russian withdrawal.”

His comments echo warnings from military intelligence that Moscow could be trying to lure the Ukrainian army into a trap and that Russian soldiers were dressing as civilians and taking up positions in private homes. Zelensky and General Kyrylo Budanov, the head of the Ukrainian military intelligence service, have both said that Russia is trying to create the illusion it is preparing to surrender the city.

“The enemy does not bring us gifts, does not make ‘gestures of goodwill’,” Zelensky said yesterday in his daily address, adding that any gains by Ukraine come at the expense of “lives lost by our heroes”.

The UK’s Ministry of Defence said that a withdrawal could take several days. “The loss of Kherson’s west bank will likely prevent Russia from achieving its strategic aspiration of a land bridge [from occupied Crimea] reaching Odesa,” it added. “With limited crossing points, Russian forces will be vulnerable in crossing the Dnipro [Dnieper] River. It is likely that the withdrawal will take place over several days with defensive positions and artillery fires covering withdrawing forces.”

A withdrawal would be a fresh humiliation for President Putin, as well as arguably Ukraine’s biggest victory. Losing Kherson would almost certainly signal the end of the Kremlin’s hopes of seizing the nearby cities of Mykolaiv and Odesa. Officials in Kyiv said earlier that the battle to retake Kherson would be one of the heaviest of the conflict.

Sergei Markov, a former Kremlin adviser turned academic, said the retreat was Russia’s “biggest geopolitical defeat” since the collapse of the Soviet Union, adding that it would trigger huge political consequences within Russia.

The announcement came shortly after Russian media said the Kremlin-installed deputy leader of Kherson, Kirill Stremousov, had been killed in what was described as a car crash. He had hinted in recent days that Russian forces might pull out from the pocket of territory they control on the west bank of the Dnipro, the most closely watched sector of the front line. Shortly before his death he said that Kyiv’s forces, who he referred to as “Nazis”, had gained a foothold in Snihurivka, a town in the neighbouring Mykolaiv region.

Kherson is the largest city in the region that bears the same name. The wider area is one of four Ukrainian territories that the Kremlin said it was annexing in September, despite not fully controlling any of them.

Putin pledged at the time that Russia would defend the regions with nuclear weapons, but he has appeared to backtrack on those comments in recent weeks.

Seized by the Russian army in March, the Kherson region borders Crimea, the Black Sea peninsula that Moscow annexed from Ukraine in 2014. Its recapture by Ukraine would deprive the Kremlin of a land bridge to Crimea, while also allowing Kyiv to deploy long-range artillery closer to the Russian-occupied peninsula, which Zelensky has vowed to retake.

The announcement of the retreat coincided with a sudden shift in Russian rhetoric. Maria Zakharova, the Russian foreign ministry spokeswoman, said that Moscow was ready to hold peace talks with Kyiv that would “take into account developing realities”.

Andrei Rudenko, a Russian deputy foreign minister, said earlier that Moscow had no “preliminary conditions” for talks, but insisted they could not go ahead until Ukraine demonstrated “goodwill”. He made no mention, however, of previous Russian demands for the “denazification” and “demilitarisation” of Ukraine, which the Kremlin had previously said were not negotiable.

Putin, who has faced frequent criticism from hardliners angry over his handling of the war, has not commented on the apparent surrender of the city. Russian military bloggers reacted with fury to the latest defeat in a campaign initially expected to present little challenge for the far larger Russian military machine.

“This is the loss of territories that the Russian Federation recognised as its own. The reasons for this lie in natural selection, which should finally cull all those useless commanders and sycophant politicians, sending them to the dustbin of history,” wrote Rybar, a Russian military-linked Telegram channel with more than 1.1 million followers.

Alexander Baunov, a political analyst at the Carnegie Moscow Centre think tank, said Putin was eager to shift blame for the defeat on to General Sergei Surovikin. “[But] it will become increasingly difficult for the Kremlin to hide behind Surovikin,” he wrote on Twitter.

Channel One, Russia’s main television station, last night reported the military’s announcement of a “regrouping” in the Kherson region. It did not describe the development as a defeat. There was no mention at all of the Kherson region in this morning’s news, which led with a report about Russia’s national police day.

Zelensky had said before Russia’s announcement on Kherson that he was open to “genuine peace talks” with the Kremlin but only after the total withdrawal of Russian troops from all of the occupied territories.

In his nightly address, he said the conditions for talks were “the restoration of territorial integrity, respect for the UN charter, compensation for all damages caused by the war, punishment of every war criminal and guarantees that this will not happen again”.

The United States is thought to have urged Zelensky to declare that Ukraine was open to an eventual dialogue over concerns that the prospect of an endless war could result in a slump in American public support for military aid to Ukraine. Jake Sullivan, the US national security adviser, is believed to have discussed the issue with the Ukrainian leader during a visit to Kyiv last week.

Last night Biden vowed that American support of Kyiv will remain unchanged, even if his Democratic party lost control of both Houses of Congress following the midterm elections. “In the area of foreign policy, I hope we’ll continue this bipartisan approach of confronting Russia’s aggression in Ukraine,” he said.

Zelensky issued a decree last month ruling out negotiations with Russia until Putin has left office. He made no reference to his decree in his address to the nation, although there was no indication that the order had been revoked.