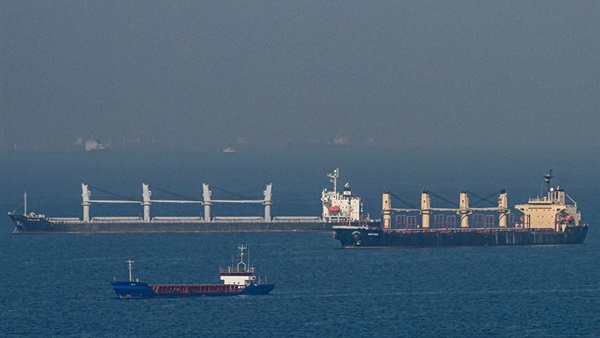 In recent months, Turkey’s most prominent weapons maker, Baykar, has broken ground on a new factory in Kyiv that will double its capacity to produce armed drones. Last month, Turkey delivered a new corvette to the Ukrainian navy in a ceremony attended by Ukrainian Defense Minister Oleksii Reznikov and first lady Olena Zelensky. The Milgem-class ship is now the largest in the Ukrainian fleet, which is expanding to challenge Russia’s dominance in the Black Sea and showing Turkey’s growing influence.

Turkey also supplied the bulletproof vest worn by Ukrainian President Volodymyr Zelensky, along with body armor and military vehicles for Ukrainian forces. And when Mr. Putin threatened to reimpose a blockade on Ukraine’s grain exports through the Black Sea, Mr. Erdogan interceded to keep the crucial shipments flowing and tamp down a surge in global food prices.

In doing so, Mr. Erdogan is burnishing Turkey’s credentials as an important regional player, a task made easier by one key element: his willingness to allow inflows of Russian money into Turkey after Western sanctions cut off Moscow from much of the global economy.

The Turkish president is now one of the few world leaders who regularly speak with Mr. Putin, pledging to increase trade with Russia despite the sanctions imposed after the start of the war and providing an important release valve.

“It’s seemingly imperfect, but perfect in terms of advancing Turkey’s own interests in the context of the balance it’s trying to strike between Russia and Ukraine,” said Alper Coskun, the former head of international security at the Turkish Foreign Ministry.

Nor does Ukraine appear to mind too much, as long as Turkey’s arms supplies keep flowing. “We understand the situation of Turkey to be a kind of intermediary between us and Russia,” said Maj. Gen. Volodymyr Havrylov, Ukraine’s deputy defense minister.

The war in Ukraine has thrown up an opportunity for Turkey to advance its growing defense industry while furthering its foreign-policy goals after pursuing a series of proxy wars with Russia in Syria, Libya and the South Caucasus region. Mr. Erdogan has made no secret of his global aspirations, selling Turkish-made drones to 24 countries worldwide, building diplomatic influence in central Asia through a council of Turkic states and deepening relations with a range of Middle Eastern powers this year in a diplomatic reset.

The centerpiece of Turkey’s new military shipments to Ukraine is the delivery of dozens of Bayraktar TB2 drones, which were essential to Ukraine’s initial resistance to the Russian invasion, blowing up Russian military convoys and sinking Russian warships. The drones proved so effective in evading Russian air defenses that Ukrainians wrote songs and printed T-shirts celebrating them as a symbol of the country’s resistance.

Baykar’s new $100 million, 30,000-square-meter factory in Ukraine is set to build the full range of the company’s drones within about three years, its chief executive said. The factory is expected to double the company’s current production capacity, which currently stands at about 200 TB2 drones a year, he said.

News of the construction of the factory hasn’t pleased Russian officials, who have threatened to attack the new facility. Baykar CEO Haluk Bayraktar brushed off the threats. “This project is between Ukraine and Turkey. It’s not the business of others,” he said.

Mr. Bayraktar and his brother, the company’s Chief Technology Officer Selcuk Bayraktar, who is married to one of Mr. Erdogan’s daughters, have achieved celebrity status within Turkey because of the drones’ success in the war in Ukraine and other conflicts. That success has helped drive a frenzy of new orders from countries all over the world, including from North Atlantic Treaty Organization allies Romania and Poland. At a defense-industry expo in Istanbul last month, Haluk Bayraktar was swarmed by a crowd of fans demanding autographs. He obliged a few admirers before aides whisked him away for meetings with visiting dignitaries.

Mr. Bayraktar has been outspoken in his support for Ukraine, pledging to never sell drones to Russia, appearing to take a stance independent from Turkish government policy, which stresses the importance of relations with both Russia and Ukraine. The head of Turkey’s defense-industry agency told The Wall Street Journal earlier this year that Ankara had to be cautious about selling new weapons to Ukraine, part of a broader approach of trying to broker peace.

“I’m not the government’s representative. I’m the manager of Baykar,” said Mr. Bayraktar, asked about Turkey’s attempts to balance ties with Ukraine and Russia.

The Ukrainian government has sometimes been annoyed by Turkey’s attempts to place itself in the role of power broker.

Ukrainian officials publicly accused Turkey of buying stolen Ukrainian wheat from Russia earlier this year. Turkey said it was investigating the claims. Ukraine’s defense minister last month said Turkish institutions had turned down a new Ukrainian request for 200,000 sets of body armor to supplement hundreds of thousands of others delivered this year by a Turkish manufacturer. Turkish officials didn’t respond to a request for comment on the matter.

Kyiv is also keenly aware of how Mr. Erdogan previously expanded military ties with Russia and with Mr. Putin himself, often to the consternation of the U.S. Turkey incurred American sanctions when the Turkish president approved in 2017 the purchase of Russia’s S-400 air-defense system.

The firepower that Turkey provides limits the criticism, however. In particular, Bayraktar TB2 drones have continued to play a significant role in the Ukraine war, even as it has shifted more toward artillery barrages in the east of the country, officials said. Leaked videos of TB2 drone strikes, a fixture in the media earlier in the war, have continued to surface, though at a slower rate. A video dated Aug. 31, published by a Ukrainian nonprofit group that raises money to buy drones for the military, appeared to show a drone strike on a Russian tank.

“Russia deployed very sophisticated and up-to-date air-defense systems,” said Gen. Havrylov. “It created a number of challenges for Bayraktar, and that’s why we have to adjust and use it in the right way.”