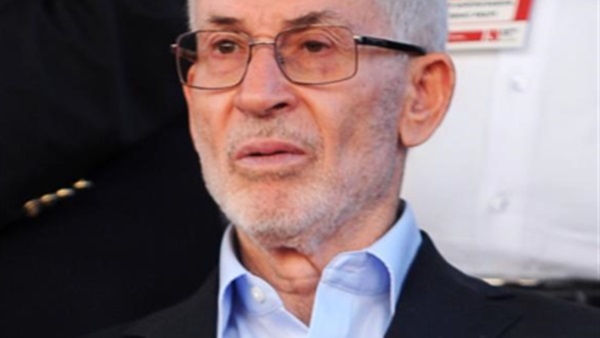 The acting supreme guide of the Muslim Brotherhood, Ibrahim Muneer, died on November 4, at the age of 85, at his current residence in the British capital, London.

Muneer, a prominent leader in the group's International Organization, assumed the post of acting guide, following the arrest of Mahmud Ezzat, then acting supreme guide, in August 2020.

The Brotherhood is one of the most influential groups in Britain.

The group's most important leaders have been living in this European country for years, including Muneer, who has been running the group from Britain since 2020.

Muneer is also the spokesman for the group in Europe, and controls the group's investments there. He is also a founding partner and a former member of the relief organization that generates a lot of money for the group and is its most important source of funding.

In 1997, Muneer established the European Council for Fatwa and Research at the invitation of the Union of Islamic Organizations in Europe which is based in the Irish capital Dublin. He was entrusted with the tasks of fatwa on the issues of Muslim minorities in Europe. The council takes a religious coverage for the collection of charity and donations. The council used to be headed by the mufti of the Muslim Brotherhood, Youssef al-Qaradawi, who died on September 26, 2022. )

In 2019, leaked intelligence documents published by the American website, Intercept, revealed information about Turkey hosting a meeting between officials of the Iranian Revolutionary Guard and some Brotherhood leaders.

Both sides met to concoct a plan against Saudi Arabia in Yemen in 2014, according to the website.

The leaks indicated that the Brotherhood delegation included three of its most prominent Egyptian leaders in exile, namely Ibrahim Muneer, Mahmud al-Ebyari and Youssef Nada.

Meetings between Muneer and a number of Iranian officials in Britain and Turkey before 2011 and beyond aimed at obtaining Iranian political support for the group before the so-called Arab Spring in 2011, and helping it form militias affiliated with the Brotherhood along the lines of the Iranian Revolutionary Guard after the Brotherhood came to power in Egypt.

Muneer was responsible for arranging meetings between Brotherhood leaders in Egypt and European governments to promote the group and receive funding for it.

He admitted to coordinating some of the Brotherhood's international activities, but not in Britain. In August 2015, he denied what was published about his assumption of the post of deputy supreme guide of the Brotherhood. In 2017, a verdict was issued to add him to the Egyptian terrorism list. He was accused of planning terrorist attacks.

Mouneer sought to find a solution to the Brotherhood crisis in Egypt, but all his endeavours met failure.

In 2018, a press report stated that Mouneer worked to hide the Brotherhood's centres in London by presenting them as media headquarters not belonging to the group.

In 2020, clear divisions emerged because of Muneer's appointment as acting guide of the Brotherhood.

Rifts appeared between the organization's offices in London and Istanbul, with increasing statements and mutual accusations.

Muneer also intervened suspend funds and the provision of sanctuaries to some elements of the Brotherhood.

He wanted these things to go for the people he deemed worthy, which angered the Brotherhood's members.