Four competing to lead Brotherhood: Who can succeed Muneer? 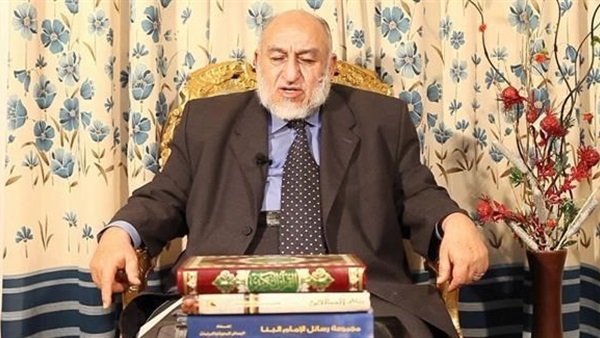 After the death of Ibrahim Muneer, the acting supreme guide of the Muslim Brotherhood, on the morning of Friday, November 4, 2022, the position the group's supreme guide became vacant.

This raised questions about who will succeed the man at the helm of the Brotherhood.

The international regulations of the Brotherhood organize the selection of the supreme guide of the group.

Article no. 4 of the first chapter of these regulations stipulates that in the absence of the supreme guide, his first deputy takes his stead.

However, the first deputy of the group, namely Khairat al-Shater, is now in jail, along with Mahmud Ezzat, the second deputy guide who became acting guide before his arrest on August 28, 2020.

This makes it necessary for Article no. 5 of the first chapter of the international regulations to come into force.

This arouses curiosity to see who the oldest member of the Guidance Office at present is.

The person to be selected as supreme guide has to be out of the prison and able to perform the duties of the guide.

He served as the secretary-general of the group before. Hussein quarrelled with Muneer over the supreme guidance position.

However, Hussein's candidacy for the position can be hindered by regulations.

He was referred to investigation by Ibrahim Mouneer before the latter's death. This means that he is not a member of the Guidance Office any more.

This makes the name of Mohamed al-Beheiri stand out as one of the most important candidates to succeed Muneer.

His full name is Eng. Mohamed Ahmed al-Beheiri. He is one of the leaders of the first generation within the Brotherhood. He was defendant no. 25 in case no. 12/1965, known in the media as the Organization 65 case.

He was involved in this case along with Sayyid Qutb under the late president Gamal Abdel Nasser.

Beheiri was 22 years old only then. He was a chemical engineer at Al-Nasr Coke and Chemical Industry Company in Helwan in southern Cairo.

He was sentenced for life in prison.

Nevertheless, he was released in the early 1980s, after which the group assigned him to supervise the Egyptian Brothers who worked in schools and educational institutes in Yemen.

Mohamed spent 20 years in Sana'a, the capital of Yemen, before moving to Sudan.

After the January revolution in Egypt, Mohamed started frequenting the country to attend organizational meetings.

He continued to do this until Mohamed Morsi was toppled and the Brotherhood's rule came to an end in 2013.

This forced Mohamed to return to Sudan before he took over some administrative and financial duties in the International Organization of the Muslim Brotherhood in London.

After Mouneer assumed the duties of acting guide, following disagreements between his front in London and the front of Mahmud Hussein in Turkey, al-Beheiri preferred to hold the stick in the middle.

This was the habit of a large number of other Brotherhood senior members.

Beheiri then pledged allegiance to Muneer. He did not, however, sever his links with Hussein. Al-Beheiri is 81. This means that he is almost six years older than Hussein.

Mohieeddine al-Zayet was also proposed as an alternative to the late acting supreme guide.

He is one of the oldest leaders of the group, and a member of the committee formed by Muneer after the arrest of Mahmud Ezzat.

The same committee was headed by al-Zayet in Muneer's absence.

Despite his command of the committee in Muneer's absence, al-Zayet is not a member of the Guidance Office. He is only a member of the Shura Council, which means that he cannot be included in the list of candidates for the position of acting guide.

Al-Zayet is followed in the nominations list by Dr Helmy al-Sayyid Abdulaziz al-Gazzar, 70.