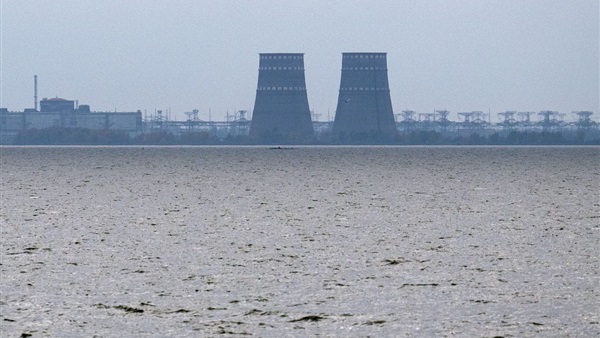 Ukraine said its Zaporizhzhia nuclear-power plant has been disconnected from the power grid after Russian shelling damaged transmission lines and left the facility reliant on diesel generators, while Russian officials renewed their calls for civilians to evacuate the southern city of Kherson.

The facility had 15 days’ worth of fuel to run the 20 diesel generators that had been activated, it said, and two of its units were being switched to a cold shutdown mode.

“The countdown has begun,” the state-run company said, calling for the withdrawal of Russian troops from the nearby city of Enerhodar and the plant’s return to Ukrainian control “for the sake of the safety of the whole world!”

This isn’t the first time the plant has been disconnected from the Ukrainian power grid. On Oct. 17, fighting near a substation knocked out the final functioning power line, Energoatom said at the time, and on Sept. 5 a fire caused by shelling again severed a transmission line.

The plant was forced to use its backup generators to cool spent fuel and power ventilation fans, something the International Atomic Energy Agency has warned is dangerous and unsustainable. But repair workers have previously managed to restore power.

The damage to the energy sector has temporarily disconnected about 4.5 million consumers in Kyiv and 10 other regions, Ukrainian President Volodymyr Zelensky said in his nightly address Thursday. “Blackouts may take place in other regions as well,’’ he said.

He asked Ukrainians to limit electricity use. “Now is definitely not the time for bright showcases, signs, advertisements and other such lighting,’’ he said.

Energoatom accused Russia on Thursday of attempts to sever the plant’s links to Ukraine and reconnect it to the Russian energy system. It said Russia is trying to repair the damaged transmission lines and connect them in the direction of Russian-held Crimea and Donbas.

There are concerns over the safety of the plant as fierce fighting in Ukraine’s east and south continues to deplete the weapons stocks of both sides. The U.K.’s Defense Ministry said on Thursday that in mid-October, Russia was losing armored vehicles at the rate of more than 40 a day, roughly equivalent to a battalion’s worth of equipment.

It said Moscow was likely resorting to replenishing its weapons stocks in Ukraine by taking tanks and infantry fighting vehicles from depots in Belarus, a close Russian ally that has supported Moscow throughout the war.

Separately, the United Nations atomic agency said Thursday that recent inspections at three facilities in Ukraine found no evidence of activities or nuclear material that hadn’t been declared by Kyiv, rebuffing recent Russian allegations that the country was working on a dirty bomb. A dirty bomb combines conventional explosives with radioactive materials and could contaminate a limited area around a blast site, experts say.

Last month, Russian Defense Minister Sergei Shoigu had a rare round of telephone calls with his U.S., French, U.K. and Turkish counterparts, claiming that the war in Ukraine was moving toward a more dangerous phase and that Kyiv might soon deploy a dirty bomb.

Russia resumed attacks on infrastructure across Ukraine on Thursday with overnight drone attacks on energy infrastructure in Kryviy Rih and Zaporizhzhia, local authorities there said. Damage to substations has already led to blackouts in parts of major Ukrainian cities.

In the southern Kherson region, Russian occupation authorities closed civilian traffic to the western bank of the Dnipro River, where the city of Kherson is located, after announcing that an evacuation of residents launched several weeks ago as a result of heavy fighting was nearing completion.

On Wednesday, they began mandatory transfers of tens of thousands of residents from parts of the region as Ukraine stepped up its offensive to recapture the south and Russian forces dug in as they sought to defend Kherson, the only regional capital they have captured since the invasion launched in February.

Photographs circulated online Thursday showing that the Russian flag atop the regional administrative building in Kherson—which Russian forces installed after they seized the city in the first days of the war—had been taken down, prompting speculation that Russian forces could be pulling out of the city.

Kirill Stremousov, deputy head of the Russian-installed administration in the Kherson region, wrote on Telegram that the closure of traffic into the city was temporary. Food and other goods would continue to be supplied to residents who remained in the city, he said, though he renewed his calls for them to leave.

“The remaining residents of Kherson put themselves in danger,” he wrote, adding that Ukraine was frequently shelling the city.

For two weeks, Moscow has been pushing residents of Kherson to leave the city. Thousands of newly conscripted Russian troops have arrived in the city during that time, taking up residence in vacant homes and looting items of value and cultural artifacts, including the bones of Prince Grigory Aleksandrovich Potemkin, the 18th-century commander who helped the Russian empire conquer southern Ukraine.

Unlike the evacuation of an area just east of the Dnipro River in the Kherson region, however, residents of Kherson say they haven’t been forced to leave, and many have chosen to stay, in the hope that Ukrainian forces will soon take the city and liberate them.

Meanwhile, Kyiv praised the role played by Western leaders in negotiating the resumption of grain exports from its ports. Russia on Wednesday said it would rejoin a deal allowing for the safe passage of Ukrainian grain, ending days of uncertainty over shipments and feeding some criticism by Russian nationalists that Moscow had capitulated in the standoff.

Russia’s Defense Ministry said Wednesday it had received written guarantees from Kyiv that Ukraine wouldn’t use the corridor to attack Russian forces and that those were sufficient to rejoin the agreement.

Mr. Zelensky hailed the role played by the U.N. and Turkish President Recep Tayyip Erdogan, among others, in his evening address on Wednesday, saying, “Russia’s blackmail had gone nowhere.”

Russia and Ukraine said Thursday they exchanged 214 servicemen in the latest prisoner swap. Of the 107 fighters returning to Ukraine, 74 soldiers had defended the Azovstal steel mill in Mariupol on the Sea of Azov, said Andriy Yermak, the chief of Ukraine’s presidential staff.