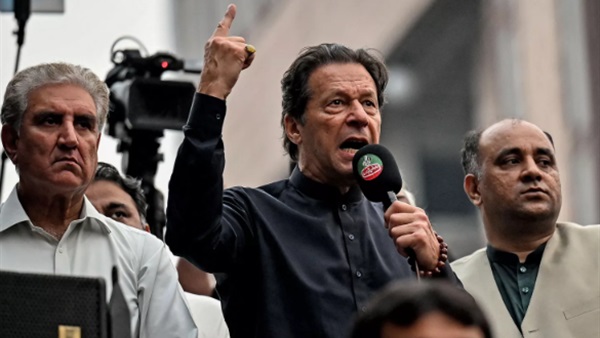 Imran Khan, the former prime minister of Pakistan, has been shot in the leg in what his supporters say was an assassination attempt.

One person was killed and up to eight people were injured after shots were fired on a convoy carrying Khan, 70, in Wazirabad, eastern Pakistan.

Two men were initially reported to have been behind the attack, however only one suspect was arrested. Police later named him as Muhammad Naveed, a local scrap dealer, and produced a video of him apparently confessing to trying to assassinate Khan, who is chairman of the Pakistan Tehreek-e-Insaf (PTI) party and a former international cricket captain.

In the footage broadcast by Pakistani media, Naveed claimed to have been acting alone. He said he had been angered, among other reasons, by loud music blaring from Khan’s convoy while mosques were sounding the call to prayer. “Imran Khan was misleading people and I won’t tolerate it,” he said in the video. “My aim was to kill only Imran Khan. I thought it was Azaan [prayer] call and they were playing music . . . I came on my motorbike to kill him.”

Jemima Goldsmith, Khan’s former wife and the daughter of the late business tycoon, Sir James Goldsmith, said the attempted assassination was the “news we dread”. She wrote on Twitter: “Thank God he’s okay. And thank you from his sons to the heroic man in the crowd who tackled the gunman.” Goldsmith married Khan in 1995. The couple, who divorced in 2004, have two sons — Sulaiman Isa and Kasim.

Fawad Chaudhry, a spokesman for the PTI, told Reuters: “It was a clear assassination attempt. Khan was hit but he’s stable. There was a lot of bleeding. If the shooter had not been stopped by people there, the entire PTI leadership would have been wiped out.”

Video apparently of the incident showed a large convoy of vehicles travelling slowly along a road, with Khan in an open topped lorry surrounded by supporters and waving to crowds. A burst of automatic gunfire is then heard ringing out, forcing the former cricket star and those around him to duck or fall back.

The local media channel Dawn News TV reported that Khan was being taken to Shaukat Khanum Memorial Hospital in Lahore, about 80 miles to the south of Wazirabad. A contingent of Punjab police were also said to be securing the site amid slightly differing accounts of Khan’s injuries.

Imran Ismail, the former governor of Sindh province, claimed that Khan has been shot at “three to four” times. On Twitter, he described “assassins” who aimed to kill Khan: “I was standing with Imran Khan when he was attacked. It was direct fire [. . .] the bullet was meant to kill, not scare.”

Other aides said Khan was shot in the foot or shin, but was only lightly wounded. “He is in a stable condition,” Raoof Hasan, one aide, told the AFP news agency. “This was an attempt to kill him, to assassinate him.”

Khan has been leading a protest march to the capital Islamabad since Friday to demand snap elections after he was deposed from office this year by a vote of no confidence in his government.

In a statement, the military called the shooting “highly condemnable”. Khan had accused the military of backing the plan to oust him from power. Last week, the military held an unprecedented press conference to deny the claims.

Footage run on several television channels showed Khan being moved from the vehicle in which he had been riding to another car with the help of bystanders. His head showed signs of bloodstains and a bandage was visible around his leg.

Faisal Javed, a PTI aide, was also wounded and pictured with blood stains on his clothes. “Fair investigation should be conducted. Imran Khan is safe,” he told reporters.

Since being removed from the office in April, Khan has galvanised his support through large rallies across Pakistan. He has blamed the country’s military leadership, as well as the United States, for toppling his government.

The new prime minister, Shahbaz Sharif, and the United States have both denied Khan’s claims.

In the wake of today’s attack, Sharif tweeted: “I condemn the incident of firing on PTI Chairman Imran Khan in the strongest words. I have directed Interior Minister for an immediate report on the incident. I pray for the recovery and health of PTI chairman & other injured people . . . Violence should have no place in our country’s politics.”

Pakistan, a conservative south Asian Muslim-majority country of 220 million people, has a history of political assassinations. Benazir Bhutto, the first Muslim woman to head a democratic government, was assassinated in 2007 during an election rally in Rawalpindi.