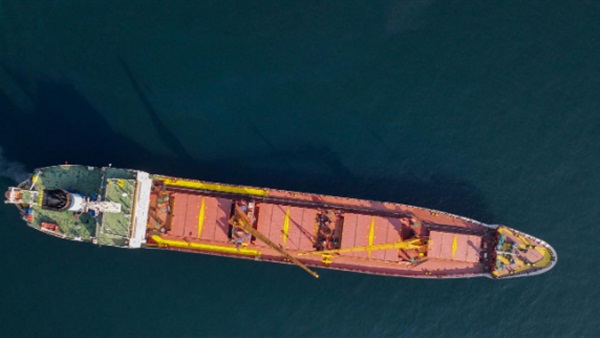 The Ukraine military accused Russia of firing on civilian vessels transporting grain near a southern Black Sea port last night, a day after Moscow said it was pulling out of a deal to guarantee the safe passage of grain exports.

Ukraine’s southern command said two crew members were killed in the incident at Ochakiv, a port near Mykolaiv that is not covered by the deal.

The area has been shelled throughout the war but the fatal attack, coming so soon after Russia threatened Kyiv, will further stoke tensions over the agreement, which is intended to address a global food crisis caused by the Russian invasion.

Ochakiv is the port from which the Kremlin claims that British naval specialists helped to launch drones that attacked its warships in Sevastopol on Saturday, a claim that the UK strenuously denies.

In going ahead with the shipment, Kyiv in effect challenged Moscow to blockade or fire upon civilian cargo ships as they traverse a so-called safe corridor.

Dmitry Peskov, the Kremlin spokesman, told Ukraine that it was taking a risk. “In conditions when Russia is talking about the impossibility of guaranteeing the safety of shipping in these areas, such a deal is hardly feasible, and it takes on a different character: much more risky, dangerous and unguaranteed,” he said.

He declined to detail the consequences, however, raising hopes that Moscow would not immediately reimpose a blockade and take the blame for a global hunger crisis. Russia’s announcement that it was withdrawing from the deal provoked global condemnation and sent food prices up by 5 per cent.

The 12 ships that left Odesa carried 354,000 tonnes of grain, a daily high since the deal was brokered in July under Turkey’s supervision. Turkey said that despite its threats Russia had not formally withdrawn from the deal. President Erdogan said that he was committed to ensuring its success. “Even if Russia behaves hesitantly . . . we will continue decisively our efforts to serve humanity,” he said.

The UN warned Russia against interfering with the shipments. “Civilian cargo ships can never be a military target or held hostage,” Amir Abdullah, the UN official overseeing the programme, said. “The food must flow.”

Video of the drone strikes on Sevastopol indicated that they had hit the Admiral Makarov, which took over as the flagship of the Russian Black Sea fleet after the Moskva was sunk in April.

All those ships leaving yesterday had insurance. Further shipments, however, could still be disrupted if insurers bridle at allowing ships to dock in the face of Moscow’s threats.

Kyiv and other cities were bombarded again yesterday with missile barrages aimed at energy infrastructure, part of a campaign to destroy the country’s power grid before winter. The tactic is seen as a symptom of Russia’s strategic failure on the battlefield and began two days after a strike badly damaged its bridge from the mainland to Crimea.

“Instead of fighting on the battlefield, Russia fights civilians,” Dmytro Kuleba, the foreign minister, said. “Don’t justify these attacks by calling them a response. Russia does this because it still has the missiles and the will to kill Ukrainians.”

The missiles were fired from Russian aircraft flying north of the Caspian Sea and the Rostov region bordering eastern Ukraine. They hit targets in the Kyiv, Zaporizhzhia and Kharkiv regions and around Lviv, Mikolaiv, Zhytomyr, Kirovohrad and Chernivtsi. The targets included hyrdoelectric power stations as well as relay points and other infrastructure. A series of blackouts were announced in the effected areas.

The Ukrainian military said it had succeeded in shooting down 44 of the 50 cruise missiles Russia had fired. Fragments from one Russian missile shot down by Ukrainian air defence landed across the border in Moldova, the first direct spillover from Russian’s invasion of Ukraine.

Moldova declared an unnamed Russian diplomat persona non grata soon after. A statement from Moldova cited security risks posed by “missile attacks on a neighbouring country” and “increasing threats to the energy security of Moldova”.