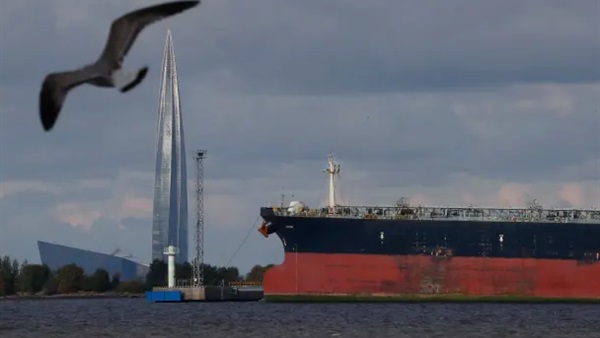 A City of London body whose members comprise the world’s biggest shipping insurers is embroiled in a row with Ukraine’s anti-corruption agency over enabling the export of Russian oil, the Guardian can reveal.

The International Group of Protection and Indemnity Clubs (IGP&I), whose members insure 90% of the world’s ocean-going tonnage, has enraged Ukrainian officials after failing to dissuade its members from insuring the transport of the Russian fossil fuel.

In a letter sent by the country’s National Agency for Corruption Prevention in August, its head had asked for “consideration” in IGP&I’s advice to members of a then recent listing of Greek shipping companies on Ukraine’s database of “international sponsors of war”.

The Ukrainian government has tagged five major Greek shipping firms on the database, claiming in its letter that this spring alone the firms had transported 19m tons of Russian oil worth $16bn – a third of all the country’s oil exports over those months and “equal to the cost of launching 2,350 Kalibr cruise missiles”.

The latest figures suggest the total value of oil transported by the Greek shippers now stands at $32bn.

The IGP&I, which acts to pool risks and share information among the insurance companies that comprise its membership, responded nine days later to the agency by knocking back its request, according to correspondence seen by the Guardian.

In his letter, Paul Jennings, the chair of the IGP&I, headquartered on London’s Leadenhall Street, had offered “sympathy” over Ukraine’s plight but said Greek shippers were acting lawfully.

“To the best of our knowledge, the ship-owning companies you have mentioned in your letter are engaged in trade that has to date remained lawful under European Union, UK and US law,” Jennings wrote.

Officials in Kyiv contrasted how a similar request from the Ukrainian agency to the London Stock Exchange Group, which runs the world-leading database on financial information known as Refinitiv, did lead to action.

In a letter on 31 August to the agency, Phil Cotter, the head of the data and analytics division at the LSEG, had offered “support for the Ukrainian people through this difficult time” and confirmed that “the World-Check database does cover the Ukraine national agency on corruption prevention [by flagging] ‘international sponsors of war’ entity names”.

Each of the Greek shipping companies transporting Russian oil has been tagged by the LSEG with a notice on their database that they are on the Ukrainian “international sponsors of war” register and are allegedly “financing terrorism”.

A letter dated 1 September to IGP&I shows the Ukrainian government agency made a further appeal to the insurers’ body to take responsibility for avoiding the financing of the Kremlin’s invasion.

Oleksandr Novikov, the head of the agency, wrote: “We do not dispute the legality of their actions and their compliance with the current international sanctions regime. Otherwise, the carriers in question would have been placed on the sanctions list right away (so far they are in the International Sponsors of War category, which is not the same).

“Yet, we believe that IGP&I Clubs do have a say in the matter.”

Novikov asked the IGP&I Clubs, which are not-for-profit mutuals, to send “a message discouraging the members from doing business with Russians or shipping Russian oil”, or to at least follow a precedent set in 2020 when it had issued a circular advising about the increasing sanctions pressure faced by companies cooperating with the Russian Nord Stream 2 gas pipe.

In his response, Jennings said it was “likely” that a circular would be issued in the future but that discussions over watering down an EU prohibition on the export of Russian oil would probably keep the trade legal.

A subsequent circular issued by the IGP&I Clubs on 11 October, five months after the relevant EU sanctions came into force, advised members there was an “extended wind-down period for insurance and reinsurance relating to the transport of Russian products … until 5 February 2023”.

Officials in the Ukrainian government said that while the LSEG had “found a way to help”, it appeared that the IGP&I Clubs had been “looking for a reason to stay apart” and that its advice would merely enable further transports of oil.

Novikov said: “Greek shipowners are the first to blame for undermining economic sanctions by moving Russian oil and profiting from the shipment, but they cannot be the only ones worthy of blame.

“The companies – some of them non-profits that classify, register, and insure ships – as well as other actors who appear reluctant to take action, deserve blame too.

“It is very disappointing when the debate on transportation is reframed as one of legality. It is not just about hard-law regulations and sanctions any more; there is a need for a great global unity and there is a lot that can be done by private actors, not just governments.”