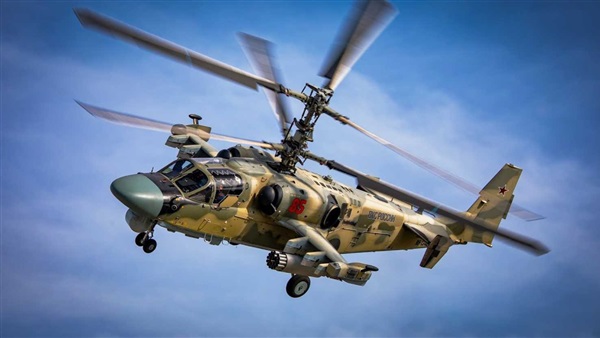 Four Russian attack helicopters were shot out of the sky by Ukraine’s armed forces in the space of just 18 minutes today, officials in Kyiv have said.

The helicopters were targeted by anti-air missile units in southern Ukraine, according to the country’s general staff. They were all believed to be two-seat Ka-52 helicopters. It is unclear if the crews had time to eject before they were shot down between 8.40am and 8.58am local time.

The Ukrainian claim came as Russia arrested eight people in connection with the explosion last weekend that damaged a key bridge to Crimea, an attack that Moscow says was orchestrated by Ukrainian military intelligence.

Five Russians and three citizens of Ukraine, Georgia and Armenia were detained, the FSB security service said. It also claimed to have foiled two Ukrainian “terrorist plots” in Russia.

Moscow investigators say four people were killed on Saturday when a truck exploded on the 12-mile bridge linking Russia to Crimea, which the Kremlin annexed from Ukraine in 2014. The FSB alleged the bridge explosion was organised by Kyrylo Budanov, the head of Ukrainian military intelligence. Officials in Kyiv welcomed the attack on the bridge but did not claim responsibility.

“The explosives were hidden in 22 plastic film rolls weighing 22,770 kilograms,” the FSB said. It alleged they had been transported by boat from the Ukrainian port of Odessa to Bulgaria and then across the Black Sea towards Russia via Armenia and Georgia.

The Ukrainian interior ministry said that the accusation was “nonsense”. Andriy Yusov, a spokesman for the ministry, described the FSB and other Russian law enforcement agencies as “fake structures of the Putin regime”.

The bridge, which was hailed by the Kremlin as one of the key achievements of Putin’s rule, had been used to move weapons and troops to Ukraine. Russia responded by launching missiles at ten Ukrainian cities on Monday, killing at least 19 people and destroying parts of the country’s power grid.

The FSB also said today that it had arrested two Ukrainian citizens who were suspected of preparing attacks with a portable missile launcher near Moscow and to blow up a transport hub in Bryansk, a city in western Russia. The FSB, which was once headed by Putin, routinely tortures innocent people into admitting terrorism charges, human rights groups say.

Putin is expected to meet President Erdogan of Turkey on the fringes of a summit in Kazakhstan today, according to Turkish officials. Erdogan has previously tried to mediate between Kyiv and Moscow. Ankara called yesterday for renewed efforts to end the seven-month long war.

Putin is also set to meet Rafael Grossi, head of the UN’s nuclear watchdog, in Kazakhstan. The meeting comes after a recently restored power line supplying the Russian-occupied Zaporizhzhya nuclear power plant was again shut down, forcing the plant to switch to emergency diesel generators.

At least seven people were killed today when Russian forces shelled a crowded market in the town of Avdiivka, in the Donetsk region, officials said. Another nine people were injured in the attack. “There is no military logic to such shelling,” said Pavlo Kyrylenko, the regional governor. “Only an unbridled desire to kill as many of our people as possible.”

The strike on the front line town came after NTV, a Russian television channel, hailed Monday’s missile attacks on civilian targets in Ukraine. The channel, which is owned by Gazprom, the Russian energy giant, aired footage of a burning children’s playground in Kyiv. The image was captioned: “Russia has finally started to hit the Kyiv regime.”

In Ukraine, a crowdfunding appeal raised £8.7m in just 24 hours to buy 50 Ram II “kamikaze” drones for the country’s military. “There will be revenge!” said Serhiy Prytula, who organised the online appeal.

Overnight, further Russian missile attacks were reported in Zaporizhzhya, the Dnipro region and the Mykolaiv region of Ukraine. No deaths were reported.

Five blasts were also heard in the Russian-controlled city of Kherson early today, prompting air defence systems to be activated. Kherson was one of the first cities to fall to Russian forces after they launched their invasion of Ukraine in February.

Ukraine also said it had reclaimed five more settlements from Russia in the wider Kherson region as Kyiv continues its counteroffensive in the south of the country.

Despite Russia’s recent military setbacks, the Kremlin insisted that it still intended to carry out the “demilitarisation and denazification” of Ukraine. Dmitry Peskov, the Kremlin spokesman, also said that there were no plans for a meeting between Presidents Biden and Putin on the fringes of the G20 summit, due to take place in Indonesia next month.