What Ukraine needs to win the war against Russia 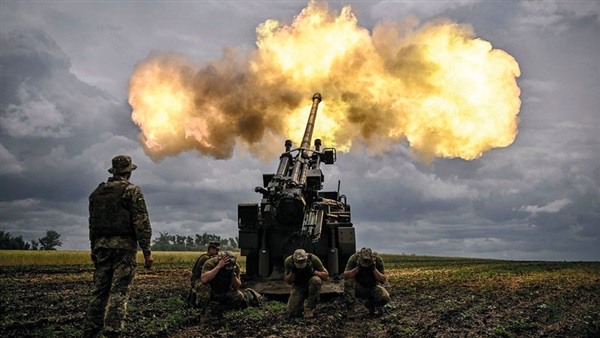 As the cruise missile hurtled overhead on Monday a few Ukrainian soldiers stood in a field and defiantly fired their rifles skywards, with little prospect of doing much to halt President Putin’s assault.

That was until one, identified as Vanya, brought up a weapon which had been designed to shoot down low-flying aircraft, and which had been used with great success so far on the battlefield. He fired, destroying the cruise missile, to the lusty cheers of his comrades.

The soldier’s success was said to have been the first case of a cruise missile being shot down by a “man-portable air defence system”, known as Manpads. However, it also illustrated the challenge facing President Zelensky’s forces in defending cities from the renewed Russian aerial assault.

Of the 84 missiles fired from as far away as Belarus and the Caspian Sea on Monday, more than half were shot down, according to the Ukrainian defence ministry. Yet many struck the targets they intended, including communications centres and civilian infrastructure.

Zelensky is clear what is needed to maintain Kyiv’s momentum in the war: access to the best western air defence to protect civilian and military infrastructure. To that end, Ukrainian embassies have been instructed to lobby allies for greater supplies, to make good on Zelensky’s “number one priority”.

The assault across Ukraine has galvanised international support to arm Kyiv. Germany has been spurred into action after four months of empty promises by delivering its lorry-mounted Iris-T SL surface-to-air guided missiles, which have a range of 25 miles.

However, experts say that to protect both its civilians and the army, Ukraine needs more air defence systems. Leaders of the G7 were meeting today to discuss a western response to the attacks, and Nato defence ministers will meet tomorrow and Thursday.

President Biden has pledged that eight of these will be sent to Ukraine, but these are still months away from delivery. Speeding up their deployment would go a long way towards neutralising the threat of random Russian missile attacks.

“We absolutely need the United States to show leadership and give Ukraine the air-defence systems,” Zelensky said two weeks ago. “I want to thank President Biden for a positive decision that has been already made. But believe me, it’s not even nearly enough to cover the civilian infrastructure, schools, hospitals, universities, homes of Ukrainians that have been destroyed or threatened.”

However, Justin Bronk, a senior researcher at the Royal United Services Institute, a defence think tank, suggests Nasams could protect cities such as Kyiv, Kharkiv and Lviv. “It’s primarily used by Nato countries, including the US, for defence over cities. I suspect they will be used to defend cities and critical infrastructure,” he said.

However, the size of Ukraine compared with a country such as Israel, which has very good air defences, makes it more difficult to offer total protection for civilians and troops. “Ukraine is the largest country in Europe. There’s no way you can put a layer of defence around everything so it’s a question where you prioritise those resources and against what threats,” Bronk said.

Meanwhile, to keep up Ukrainian momentum in the counteroffensive that has resulted in an extensive retreat by Russian forces Kyiv also needs to maintain its superior artillery range. Biden announced last month that the US would deliver 18 more Himars (high mobility artillery rocket system), a lorry-mounted launcher that can fire GPS-guided missiles at a maximum range of 50 miles, to complement the 16 that have already been delivered.

A combination of Himars and M777 howitzers, which have a range of 25 miles, have helped Ukrainian forces to outgun the Russians on the plains of eastern Ukraine. The Russian BM-30 Smerch has a range of 43 miles.

As well as replenishing its ammunition stock and giving more heavy guns, Kyiv also argues that a supply of western tanks would accelerate the Russians’ retreat. Ukraine has captured more tanks from the Russians than it has received from western allies.

Ukraine would also ideally like the US to send its Army Tactical Missile System, a ground-fired missile with a range of 190 miles that is capable of carrying twice as many explosives as Kyiv’s present capability.

Ukraine argues the weapons would act as a deterrent for further missile strikes, but Western countries have been reluctant to send long-range missiles, fearing they could be used to strike Russian territory and risk escalation.