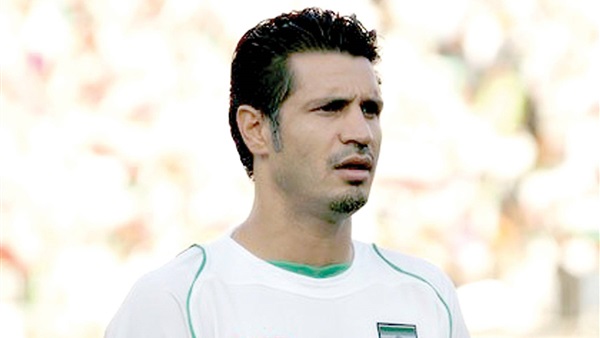 The Iranian footballer who until last year held the record for international goals scored has had his passport confiscated by officials, becoming the latest target in action against players and other celebrities who have supported anti-regime protests.

Ali Daei, who was the national team captain and later its manager, has become a leading voice in the protests triggered by the death in police custody of a student arrested for not being properly veiled. Daei was told he was having his passport taken away for making comments on Instagram about the death of Mahsa Amini, 22.

The document was returned several days later, he said.

Daei, 53, had criticised the response by police and other security agencies to the protests for their “repression, violence and arrests”. Immediately after Amini’s death was reported he posted her picture with a series of angry comments. “My daughter is asking me what happened,” he wrote. “What answer can I give? What sin did she commit? What have they done to this country?”

Daei was the national team captain as Iran sprang to prominence as one of Asia’s leading footballing nations 20 years ago. His tally of 109 international goals was a record for 15 years until he was overtaken by the Portugal and Manchester United star Cristiano Ronaldo. He is also second in the table for most-capped Iranians. The man immediately behind him in that table, Ali Karimi, has also spoken out in support of the protests, writing that “Iran’s next Kaveh is a woman”. In Iranian mythology Kaveh the Blacksmith led a revolt against an oppressive ruler 5,000 years ago.

Karimi, 43, also posted on Instagram, one of the few western social media sites that is not banned in the country. He lives in Dubai but has been charged in his absence with “collusion with the intention of acting against national security”, according to Iranian media.

Football and protest have been intertwined in Iran for years, partly because of a ban on women attending men’s games, which has been challenged repeatedly .

Three years ago another young woman, Sahar Khodayari, 29, died after setting herself on fire in protest at having been arrested while trying to smuggle herself into a game, prompting an outcry and expressions of grief from leading players, including Karimi.

Many of the players in today’s national squad have backed the protests, risking exclusion from the World Cup finals in Qatar next month. Iran are drawn in the same group as England.

“The worst that can happen is that I’ll be kicked out of the national team, which is a small price to pay for even a single strand of Iranian women’s hair,” wrote Sardar Azmoun, a forward. Like other prominent Iranians, including Daei and Karimi previously, he plays in the German Bundesliga.

“Shame on you for killing the people and women of Iran,” he added in a post that was was later deleted, as were a number of others written by prominent players.

At least 95 people have been killed in the wave of violence that has followed Amini’s death: protesters and members of the security forces alike. About 90 people have died in separate clashes in Iranian Baluchistan, in the southeast, after the alleged rape of a teenager by a senior police officer.

The protests have been taken up by industrial workers, presenting a new challenge to the authorities. The last big wave of unrest in Iran, in 2019, began over a cost of living crisis in the regime’s former strongholds in provincial, working-class areas, and required extreme force to put down, which led to the deaths of more than a thousand people.

Britain imposed sanctions on the morality police and two of its leaders yesterday, as well as five officers of the police, the Islamic Revolutionary Guard Corps and the Basij, its domestic paramilitary arm.

James Cleverly, the foreign secretary, said: “These sanctions send a clear message to the Iranian authorities — we will hold you to account for your repression of women and girls and for the shocking violence you have inflicted on your own people.”