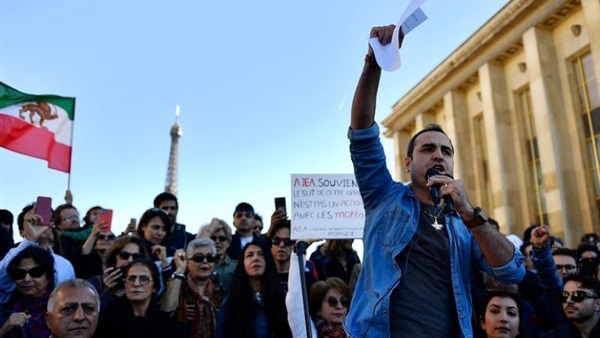 Workers at a petrochemical complex in southern Iran went on strike Monday, the latest sign that antigovernment protests now in the fourth week are broadening to critical sectors of the economy.

Dozens of workers blocked roads and protested at a plant in Assaluyeh in the oil-rich province of Bushehr on the Persian Gulf, chanting “Do not fear. We stand together” and “Death to the dictator,” according to social-media posts.

The demonstrations marked the first time the unrest that began last month has spread to Iran’s oil-and-gas industry. Before this, it was mostly retail outlets and small businesses that had closed their doors in support of the rights movement.

Iran’s government made no official comment on the unrest at the facility, but the semiofficial Tasnim news agency described the incident as a salary dispute involving 700 workers. It wasn’t immediately clear if work had resumed and whether the strike would affect production.

The protest movement was ignited by the death on Sept. 16 of 22-year-old Mahsa Amini in the custody of Iran’s morality police, after being detained for allegedly violating the country’s strict Islamic dress code.

Since then, protests have spread widely and morphed from calls to abolish mandatory veiling to an outright ouster of the Islamic Republic leadership, which has been in power since 1979. The government has imposed tight internet restrictions, particularly on cellphone networks and social-media sites.

The growing protests in southern Iran came as gunfire continued early Monday in the city Sanandaj, the capital of Iran’s Kurdistan province, and the village of Salas Babajani near the border with Iraq, according to Hengaw Organization for Human Rights, a Kurdish human-rights group.

The organization posted footage showing smoke rising in Sanandaj and what sounded like rapid rifle fire.

Demonstrations erupted in Iran’s Kurdish areas last month after the funeral of Ms. Amini, who was Kurdish. The government’s crackdown on Kurds has been especially harsh, with missile strikes and artillery fire at Kurdish areas of neighboring Iraq.

The U.K. said that it was imposing new sanctions on senior Iranian security officials for alleged human-rights violations, including on members of the morality police responsible for enforcing laws requiring women to wear headscarves and to dress modestly in public.

Britain’s Foreign Office said it was banning travel to the U.K. and freezing any assets of Gholamreza Soleimani, head of Iran’s Basij force, and of Hassan Karami, commander of a police special forces unit. Both organizations “have played a central role in the crackdown on protests,” the statement said.

The head of the morality police, Mohammed Rostami Cheshmeh Gachi, and its Tehran head, Haj Ahmed Mirzaei, were also sanctioned, as was the entire organization. It was unclear what assets the sanctioned organizations or individuals might have in Britain.

“These sanctions send a clear message to the Iranian authorities—we will hold you to account for your repression of women and girls and for the shocking violence you have inflicted on your own people,” said U.K. Foreign Secretary James Cleverly.

Meanwhile, Iran’s chief justice, Gholam Hossein Mohseni Ejehi, invited protesters to open dialogue with him Monday, the latest attempt by government officials to show flexibility in an effort to end the unrest.

“I announce that I am ready to answer any question, criticism, objection brought up by any political factions,” he said at a weekly address. “I will answer every question that’s related to my area of authority. We accept criticism and objection and if there’s any wrongdoing on our part, we’ll correct it.”