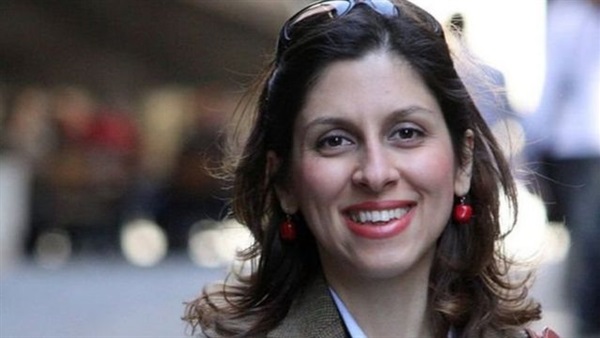 Nazanin Zaghari-Ratcliffe has recorded a video of cutting her hair to lend support to women protesting in Iran in the wake of the death of young Irainian woman Mahsa Amini.

The British-Iranian national was seen sitting in front of a blackboard with messages written on it in Persian and running a pair of scissors through her hair in footage shared by the BBC.

Towards the end of the video, Ms Zaghari-Ratcliffe said: “For my mother, for my daughter, for the fears that are bigger than solitary confinement, for the women of my country, for freedom, for justice.”

The author, who was sentenced to jail for six years in Iran in 2016 for her alleged role in the downfall of the Iranian government with her online opposition, was released in March this year after a longstanding campaign.

She joined thousands of women across the middle-eastern country who are lodging their protest against the clerical administration by removing their head coverings and cutting their hair publicly in high-voltage demonstrations that have continued for over 12 days now.

Amini died on 13 September after being detained for not wearing her hijab, or head covering, properly. Activists said she was brutally assaulted in custody by “members of the morality police” and sent to the Vozara detention centre.

She died in the hospital after falling into a state of coma, the UN high commissioner for human rights said. Rights groups have said that at least 76 people have been killed in country-wide protests, while hundreds have been injured and arrested.

However, the state media claimed that the death toll was 41 and included members of the police and a pro-government militia.

“Non-governmental organisations monitoring the situation have reported a higher number of deaths, including of women and children, and hundreds injured across at least 11 provinces,” the UN human rights office said on Tuesday.

Iranian president Ebrahim Raisi said the 22-year-old woman’s death “saddened” everyone in the country, but maintained that “chaos” will not be accepted, as he addressed the widespread clashes of police officials with protesters on Wednesday.

Chants and slogans of “death to the dictator” reverberated across the Islamic country even as the protesters faced violent backlash from security forces who deployed tear gas, pellet guns, and live ammunition to quell the protests.

The president has backed the Iranian security forces and said “they sacrifice their lives to secure the country”.

He also warned of strict action against the protesters and said that “whoever participated and ignited the chaos and riots will be held to account" but added that no one should be afraid of expressing their views.