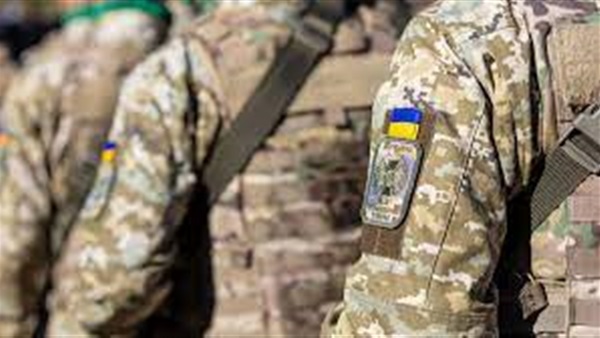 They play Russian ballads about crime and punishment to drown out the screams when they take prisoners for interrogation in the torture cell. You might come back with fewer teeth, some broken ribs, or you might not come back at all.

That is life in captivity for Ukraine’s fighters, where they face treatment that former inmates say breaches the Geneva Conventions, including regular violence, torture and the withholding of sleep and food.

Last week more than 200 high-profile Ukrainian prisoners of war were set free in an unexpected and secretive exchange that was brokered by Turkey .

In return, 55 Russian soldiers and Viktor Medvedchuk, a former Ukrainian MP and close ally of President Putin who is accused by Kyiv of high treason, went the other way.

The prisoner swap has focused attention on the grim conditions for the many fighters still held captive by Russia’s forces in Ukraine.

Among those freed were 108 members of the nationalist Azov regiment, five military commanders and ten foreigners, half of whom were Britons. Two of them, Aiden Aslin and Shaun Pinner, had been sentenced to death in June in a sham trial alongside Brahim Saadoun, a Moroccan who was also let go under the deal.

While the families of those released were ecstatic, pictures of the emaciated former captives, including one with a previously injured arm that had become deformed due to the lack of medical care, have raised fears for the safety of hundreds still in captivity.

Shortly after they landed back in the UK on Friday Pinner and Aslin said that they had been subjected to beatings and electric shocks in custody.

A deputy commander of the Azov regiment known by the callsign Molfar, who spent Thursday with some of the released prisoners at an unspecified location in Ukraine, said that many were in a bad physical and psychological condition. They are being referred for rehabilitation and mental health support after suffering varying types of torture, as well as malnourishment and sleep deprivation, he said.

“Everything that was possible to do to them, the Russians did it,” Molfar said. “All of them are glad that they are in Ukraine and not in prison any more. Now we are thinking about those who are still in prison. It’s very dark for the mind and the body.”

Three pregnant women were among those released, including one who is expected to give birth within weeks.

“I saw beatings and they also beat me,” said a Ukrainian soldier known by the callsign Mango, a member of the Azov regiment who spent weeks this year languishing in Olenivka prison near the Russian-controlled city of Donetsk. The previously abandoned detention centre was repurposed in the spring and became the most notorious penal facility in the war when at least 50 Ukrainian soldiers burnt to death in a mysterious explosion there in late July.

“They torture, they thrash people so bad they break a limb or pierce a lung,” said Mango, who was freed in June. “I witnessed one guy who had a heart attack and passed out while being beaten. They didn’t help, they just pulled him to the side. I don’t know what happened to him.”

Last week’s exchange was the biggest prisoner swap since the February invasion. Ukrainian commanders, who were said to have been kept in solitary confinement, had believed they were being taken from their cells to be put on trial. The men, including the Azov regiment’s leader Denys Prokopenko, will stay in Turkey until the end of the war under the terms of the deal. They were believed to have been held in Moscow, while prisoners were also released from Olenivka and a separate prison in Donetsk, which Molfar declined to name.

It is unclear how many prisoners remain in custody. In June President Zelensky of Ukraine said that more than 2,500 defenders of the east Ukrainian port of Mariupol had been detained. Those who have not died or been swapped face not just brutal incarceration conditions but, for some, a potential show trial run by Russian proxies that was due to take place last month but was postponed for unspecified reasons.

Mango was taken to Olenivka in mid-May, along with more than 2,000 other fighters from the defence of Mariupol. Their last stand at the city’s giant Azovstal steel works gripped the world but after 82 days resisting a brutal siege, many of the defenders — which included Azov fighters, other soldiers from the Ukrainian army, as well as police, volunteers and National Guard units — were exhausted, malnourished and suffering from recent life-changing injuries. The Ukrainian high command ordered them to surrender.

Mango’s arm had to be amputated in the bunkers under Azovstal during the siege after a shell exploded close to him. Yet he received little treatment for his wounds while in captivity. During a five-day stint in Donetsk hospital, he said his bandages were changed only once. In June he was part of an exchange of wounded prisoners.

“They try to break you psychologically. There is no access to information and they tell you Kharkiv has fallen, or Kyiv is surrounded and Zelensky has fled. Every day at 6am they play the Russian national anthem and try to make you sing it,” said Cyrus, another former Olenivka inmate who suffered shrapnel injuries to the skull in Mariupol. “We had a riot two weeks after capture, refusing to do it and after that they stopped feeding us for a while.”

The Mariupol defenders were kept in an area known as “the Barracks”, which was designed for 350 people but in fact houses more than 600, with up to ten men to a two-man cell. In July a mysterious explosion killed at least 50 in a separate warehouse that former prisoners say was 400 metres away. Russia claimed it was caused by a US-supplied Himars rocket launched by Ukraine. Independent experts say visual evidence of damage at the prison is inconsistent with Moscow’s version of events.

According to the UN, a number of Olenivka captives are suffering from infectious diseases, including hepatitis A and tuberculosis. Matilda Bogner, head of the organisation’s human rights monitoring mission, said that captives had not been allowed to contact relatives to tell them of their capture or health condition, leaving families “deprived of their right to know what has happened to their loved ones”.

The Red Cross also said at the start of this month that it had been denied access to Olenivka, but did visit twice in May to assess the needs of the prisoners and deliver water tanks.

Inmates are regularly interrogated; Russian soldiers try to force them to sign a confession document that says they destroyed Mariupol and killed civilians on the orders of their commanders. The latest Ukrainian estimates put the death toll in the city at 87,000, although without access it is impossible to verify. Other estimates have put the figure at nearer 20,000.

“They insisted we razed Mariupol and blew up the drama theatre,” said Mango. “Azov didn’t even have aircraft and the huge holes in the city were caused by aerial bombs — we urged them to use their heads, but it was clear they actually understood the reality.”

“Russia needs a scapegoat for the remaining residents of Mariupol,” said Cyrus. “They need to show publicly that someone other than them is guilty for destroying it.”