Putin knows he can’t win in Ukraine. His only goal now is to save face and stay in power 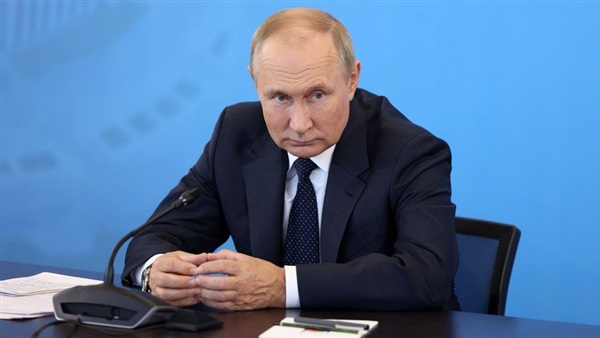 Vladimir Putin appears finally to have realised that he is not going to win his war in Ukraine.

However, in taking significant steps last week to ensure that he does not lose it, he has upped the stakes in ways he may not be able to control.

Forced off the fence

Paralysed by the lack of easy choices in the face of Ukraine’s effective counteroffensive in the northeast and south, Putin had been dithering. The prospect of further breakthroughs by Kyiv’s forces seems to have been on his mind when he went to Uzbekistan on September 15 for a summit of the Shanghai Co-operation Organisation, an international group known as “the autocrats’ club”.

In Samarkand, Putin was hoping for statements of support from the leaders of China, India and Turkey, all of whom had their bones of contention with the West. Instead, he was harangued behind the scenes, forced into an embarrassing public admission that President Xi of China had “questions and concerns” about the invasion and scolded in front of the cameras by Narendra Modi of India who told him: “Today’s era is not an era of war, and I have spoken to you on the phone about this.”

According to sources with good connections with the presidential administration, Putin was furious and embarrassed. He returned to Moscow convinced that he could not simply continue to hope events turned his way. He had to do something, and do it fast.

The result was a package of measures hastily cobbled together from the suggestions of his staff, the military, and his political technologists. The broad intent is to address the Russians’ desperate lack of manpower on the front, try to deter Kyiv, and to provide some kind of “good news” to perk up an official narrative that was having trouble spinning recent reversals. While these measures will have an effect on the battlefield, they risk generating unintended consequences that will be dangerous for Putin.

On Tuesday, the Russian parliament passed a series of amendments that toughened penalties for citizens who resist being called up and for soldiers who fail to follow orders. It was announced that Putin would be making a public address. This was then delayed. Given that he even kept the Pope waiting, it was hardly unusual for him to do the same to his own people. The timing, however, was intriguing. That evening, polling agencies commissioned by the Kremlin reportedly conducted telephone surveys across the country to gauge the public mood. A less scientific but probably equally effective measure would have been to heed the sudden exodus of younger men, as flights abroad sold out. (Since then the Baltic states, Finland and Poland have all closed their borders to Russian tourists or said they will.)

The next morning, Putin announced a partial mobilisation. This is still officially a “special military operation” rather than a war but up to 300,000 reservists are to be called back to arms and current military contracts will be extended for the duration. He had been hoping to avoid this, fully aware of the political consequences. Disproportionate numbers of the professional soldiers are drawn from non-Russian regions of the country, so for most Russians the war was something far away until last week. Now, every family is in its shadow, not knowing which of their menfolk might be mobilised, and this has sparked renewed protests at home.

It was also announced that referendums would be held in the occupied regions of Ukraine on their annexation by Russia. Although they have not the slightest shred of international legitimacy, and Russia does not even fully control the regions in question, the referendums are under way and no one doubts that they will duly show large majorities in favour of joining Russia. When the government agrees to welcome them into the Russian Federation, this will be trumpeted to a population starved of good news as proof of the essential justice of their cause.

Lastly, Putin again dropped unsubtle hints that he would resort to nuclear weapons if challenged. He is clearly hoping that these apocalyptic threats will deter further incursions into what Moscow will now claim is Russian territory. Russia’s nuclear doctrine reserves use to defence of the motherland, and after annexation the occupied territories will count as such, at least in the Kremlin’s thinking.

This is a transparent gambit and almost certainly a bluff — that Putin felt it necessary to say “this is not a bluff” is telling — but he must be hoping that even if Kyiv is unconvinced, a nervous West will lobby the Ukrainians to hold back.

There seems no evidence that this will happen, though. It also locks Putin into two traps of his own making. Until last week, he had considerable scope to define “victory” however best it suited him. Now, though, every retreat — and there will be more — is no longer spinnable as just a “regrouping”. Putin will be faced with a new set of unpalatable choices as the Ukrainians press on: try to escalate, which will have serious costs and dangers, or be the leader who surrendered “Russian soil”.

Of course, the greatest loss would be Crimea. Putin’s annexation gambit may backfire here, too. Previously, the West and, grudgingly, Kyiv have recognised that Crimea is a special case, territory that not just the Kremlin but most Russians believe is rightfully theirs. As a result, while the Ukrainians struck specific military and political targets, there has been an acceptance that a direct incursion onto the peninsula would likely trigger some Russian escalation.

However, by trying to claim that all occupied territory is now Russian, the effect is to dilute Crimea’s status and reinforce those in Kyiv who consider it fair game. According to an adviser to the Ukrainian defence ministry, “this puts Crimea in play, and makes it harder for the Americans to complain”.

The Russian military and their cheerleaders on social media have long been calling for mobilisation, both as a practical response to the need for more troops and also a symbolic commitment to the war. However, the time when this would really have made sense was in the spring, when Russia still had the initiative as well as the modern weapons and professional trainers to make best use of reservists.

Despite the claim that 300,000 would be mobilised, it is highly unlikely that the military can currently absorb more than 100,000-150,000. After all, this is no longer a Soviet-style army built for mass mobilisation. There are not enough instructors to give them basic refresher training, because those people have already been sent to fight at the front. There is a limit to how much spare barracks capacity is available, and if these unfit and unwilling soldiers are expected to live in tents through a hard winter they will be even less fit to fight. They will also end up relying on stockpiled kit from the 1970s and 1980s, just as Ukraine is fielding an increasingly well-equipped 21st-century army.

Some reservists, especially those who only recently completed their national service, may be sent to Ukraine within a week or two just to fill out the ranks in depleted units. However, it will take a lot longer to generate new units, and these will probably not be ready until November or December.

Calling in the conscripts

With the Ukrainians continuing to make gains now, new units in December are little consolation. Volunteer kontraktniki who thought they were signing up for six months or less now face indefinite tours of duty, which will help to a degree.

The annexations, though, provide another option for addressing the shortage in ground troops. A quarter of the entire armed forces are conscripts, but by law, conscripts cannot be required to serve outside Russia’s borders, other than in a time of war — which Putin refuses to admit this is. The annexations will allow the Kremlin to send conscripts to Ukraine claiming they will still be within Russia’s borders: a transparent fiction, but backed by toughened penalties.

Of course, this will also be unpopular, and we can expect a rise in draft-dodging in the autumn call-up season, which begins on October 1. Meanwhile, the 130,000 conscripts drafted in the spring season, some half of whom are ground troops, have now completed their training and can be sent to replenish decimated units and fill gaps in the front line.

They may not be great troops, but nor are many of the exhausted regulars, undertrained conscripts, mercenaries and riot police already being deployed. There can be little expectation that they can be used in serious offensive operations, but the hope must be that they can at least hold the line and spare Putin the humiliation of further losses.

This may be over-optimistic. The besieged city of Kherson is likely to fall this winter. The Ukrainians have the forces to press home their advantage further. Last week’s announcement demonstrates the progressive impoverishment of Putin’s objectives. He began expecting to take all of Ukraine; he reframed his goals to taking the Donbas. Now, he is just trying to stave off defeat.