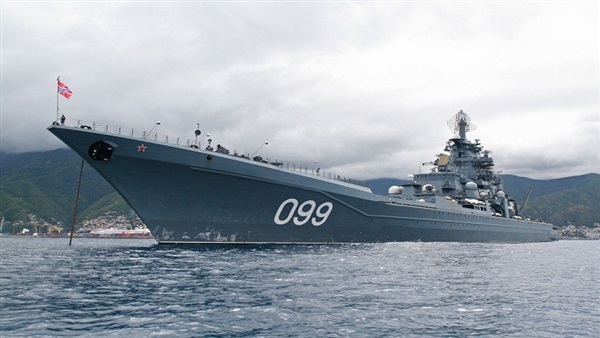 A Royal Navy frigate is shadowing a group of Russian warships off the south coast of Ireland as they try and “make a point” to Britain that they are close by, according to navy sources.

The Russian group, believed to have been supporting the war in Ukraine, is led by the Slava-class cruiser Marshal Ustinov, sister ship of the Moskva, which was destroyed by Ukrainian missiles. There is also the destroyer Vice-Admiral Kulakov, the tanker Vyazma and a suspected submarine.

It is unclear what route they will take next, although naval experts suggested one way could be past a base at Faslane, home to Britain’s nuclear deterrent. Such a route could force the navy ships to patrol for longer than planned.

Although their journey is not unusual, it comes amid heightened tensions due to Russia’s invasion of Ukraine.

Commander Ryan Ramsey, a former captain of a nuclear-powered sub- marine who also taught the service’s submarine command course, said: “The Russians have every right to do this but it’s definitely posturing and a return to more aggressive Cold War behaviour by them.

“This might be part of Putin’s strategy of pushing Nato in every environment. Within this group there will be a Russian hunter-killer but she won’t enter the Irish Sea because the tidal stream currents would make it too dangerous. If they continue up the Irish Sea, they will enter the Clyde exercise areas, where the Royal Navy trains both warships and submarines. I think it’s a cause for concern.”

A navy source said the Russians app-eared to be “making a point” but added their movements were not unusual.

HI Sutton, an independent defence analyst, said on Tuesday that the Ustinov had left the Mediterranean last week to approach the UK slowly. He said the warships were believed to be returning home after more than six months supporting Russia’s invasion of Ukraine.

Tom Sharpe, who spent 25 years in the navy commanding four warships, said that travelling via the Irish Sea is “less usual” than other routes. “It offers plenty of shelter and, due to its proximity to Faslane naval base, plenty of opportunity to cause mischief,” he said. He said that their manoeuvring looked like them “turning into the prevailing wind to refuel prior to entering more restricted waters”.