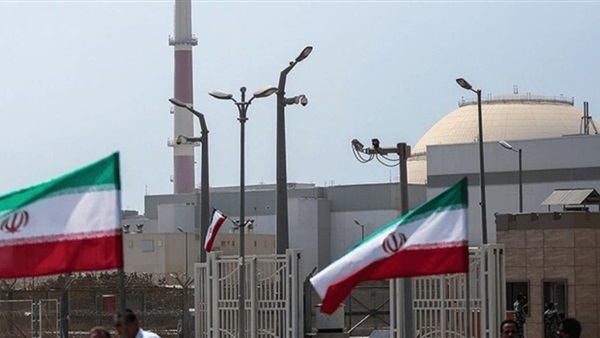 Iranian demands for guarantees from the U.S. have once again stalled efforts to revive a 2015 nuclear pact, leaving Washington and European capitals unsure if a deal is possible.

Tehran on Monday sent a response to the European Union, which chairs the nuclear talks, neither accepting nor rejecting an EU draft text of a deal but raising several issues Iran wanted incorporated into the agreement. The EU had said its draft was the “final text” of a possible deal when it sent it out, announcing that negotiations were over.

Central to Iran’s response, the Iranian negotiating team has said, are assurances it seeks that Western companies investing in Iran would be protected if the U.S. withdrew from the pact again as it did under former President Donald Trump. Iran has also floated mechanisms in the agreement that would allow Tehran to quickly increase its nuclear work if Washington quit the deal.

“What is important for Iran is that there are assurances that if the United States suddenly leaves the deal again…it comes at a price,” an adviser to Iran’s negotiating team, Seyed Mohammad Marandi, told the British Broadcasting Corp. on Tuesday.

European officials have said since Iran sent its response on Monday evening that the Iranian position could be the basis of some compromise, but an agreement depended on Tehran being flexible.

A senior European official said Wednesday that Tehran and Washington need to give a yes or no on the draft text, dismissing the idea of reconvening talks between the parties. Two Western officials said they didn’t expect any announcement of a deal imminently, although it remains possible in the coming days.

The issue of guarantees has come up repeatedly during the 16 months of negotiations between Iran, the U.S. and the other parties to try to revive the 2015 nuclear deal, which lifted most international sanctions on Tehran in exchange for tight but temporary restrictions on Iran’s nuclear program.

The talks, mainly in Vienna, are seeking to agree the steps that both Iran and the U.S. would take to return into compliance with the nuclear deal. After the U.S. quit the deal in 2018, Iran has greatly expanded its nuclear activities.

Early in the negotiations, Iran was seeking promises from the U.S. that they would never leave the deal again, as long as Tehran was in compliance, a demand U.S. officials said was impossible to meet because of the inability of the Biden administration to control decisions made by future presidents.

Iran appeared this spring to accept U.S. assurances that the Biden administration would stick by the agreement as long as it was in office and Iran was in compliance with the deal. The negotiators also crafted significant wind-down periods for Western firms to wrap up their business in Iran if Washington did leave the pact and reimpose U.S. sanctions on Iran.

Now, Iran appears to be reopening those ideas.

In Iran over the past couple of days, a series of meetings have taken place between the head of the negotiating team and senior officials in the government, parliament and Iran’s national security council. Supreme Leader Ayatollah Ali Khamenei ultimately has the final say on all major national security issues.

Iran’s response to the EU draft text has drawn mixed responses among the other parties to the deal, which include Russia, China, France, Britain and Germany, as well as the U.S. and Iran.

Russian chief negotiator Mikhail Ulyanov, who has worked closely with the Iranian negotiating team, said on Twitter there was a “great chance to cross the finish line,” saying the decision now lay in Washington.

“The final result depends on how the U.S. react to the last Iranian reasonable suggestions,” he said.

State Department spokesman Ned Price declined to comment on the details of the negotiations on Wednesday, saying, “We’re making our views known privately and directly to the EU.”

One option is for the U.S. response to Iran to be the basis for an altered EU draft text that could be sent to the parties for approval. Another would be for ideas to continue to be exchanged between capitals with no strict deadline for ending the talks.

While both Iranian and U.S. officials have said the negotiations can’t be open ended, there are advantages for both sides in not declaring an agreement dead, even as Iran’s nuclear program advances.

The U.S. is eager to avoid a fresh crisis amid the war in Ukraine and ahead of midterm elections. Iranian officials have set lifting the U.S. sanctions as one of their top goals amid difficult economic conditions.