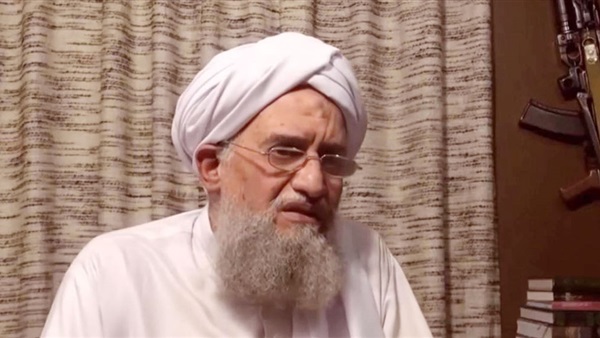 Successive US administrations continue to focus in their counter-terrorism strategy on targeting top leaders of terrorist organizations, especially Al Qaeda and ISIS, because they see that success in targeting these heads will affect the cohesion of these organizations and its terrorist operations.

Ayman al- Zawahiri, leader of Al Qaeda and a plotter of the 9/11 terrorist attacks, was killed in a drone strike in the Afghan city of Kabul, according to the U.S. government.

Al- Zawahiri was the successor to Osama bin Laden, founder of Al Qaeda. “His death marked one more measure of closure to the families of those killed in the 2001 atrocities,” U.S. President Joe Biden said during televised remarks on Aug. 1, 2022.

Al-Zawahiri had been wanted by the United States and the United Nations, respectively, for his role in the 1998 U.S. embassy bombings in Kenya and Tanzania and in the 2002 Bali bombings. He merged the Egyptian Islamic Jihad with al-Qaeda in 2001 and formally became bin Laden's deputy in 2004.

It should be noted that Washington has been working during the past months to intensify its actions to target Al Qaeda, especially since Biden is focusing during the current period on targeting extremist groups and their most prominent leaders, due to his promise about his administration's efforts to combat terrorism.

Washington's failure during the last period to target Al-Zawahiri was due to the safe haven provided to him by the Afghani "Taliban" movement, specifically in the embassy district, near the office of the Afghani Prime Minister, following the withdrawal of US forces from Afghanistan in August 2020 and the Taliban's control of power.

Taliban spokesman Zabihullah Mujahid said their government 'strongly condemns this attack on whatever the pretext' and claimed it violated the Doha peace treaty.

“Such actions are a repetition of the failed experiences of the past 20 years and are against the interests of the United States of America, Afghanistan and the region,” Mujahid continued. “Repeating such actions will damage the available opportunities.”

However, Secretary of State Anthony Blinken argued the Taliban failed to 'abide by their commitment' to prevent Al Qaeda from operating in areas under its control - as outlined in the Donald Trump-era agreement.

The deal that was signed in February 2020 secured the withdrawal of all NATO troops from Afghanistan provided that Taliban would not allow using the country as a launchpad for Al Qaeda or ISIS attacks against the United States.

“We have delivered on our commitment to act against terrorist threats emanating from Afghanistan. The world is safer following the death of Al Qaeda leader Ayman al-Zawahiri,” US Secretary of State Anthony Blinken said on August 1, 2022 before pledging, “The US will continue to act against those who threaten our country, our people, or our allies.”

In this regard, several questions arise including whether Taliban was involved in the killing of Zawahiri, and if not, would it consider retaliation against the United States for killing Al Qaeda leader on its soil?

Mounir Adib, a researcher in extremist movements and international terrorism affairs, says there is a strong relationship between the Taliban and Al Qaeda that began before the US invasion of Afghanistan in 2001, and the Afghan movement had previously refused to hand over Osama bin Laden to America against the backdrop of the bombing of the World Trade Center towers.

Therefore, it is not expected that the "Taliban" was involved in the killing of Al-Zawahiri," but an intelligence failure led to that.

In an interview with The Reference, Adib pointed out that it is not likely that Taliban would take revenge for the killing of Zawahiri, given numerous international accounts, however, al-Qaeda is the one who might do this, and it is expected that during the coming period it will target US targets in the region.