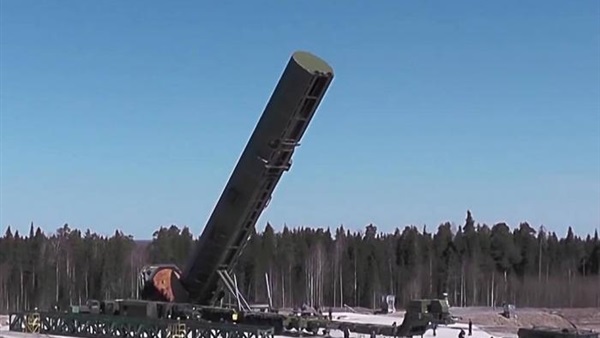 Russia’s navy will soon receive hypersonic missiles that will allow it to strike at enemies with “lighting speed”, President Putin has warned.

Speaking on Russia’s annual Navy Day yesterday, Putin hailed the development of the new Zircon hypersonic cruise missiles that the Kremlin says can travel at nine times the speed of sound.

“The key thing here is the capability of the Russian navy. It is able to respond with lightning speed to all those who decide to infringe on our sovereignty and freedom,” Putin said in a speech during a naval parade along the Neva River in St Petersburg.

The Kremlin says the missiles, which Russia has been developing for a number of years, can reach 6,140mph with a range of up to 600 miles. They can be fitted with conventional or nuclear warheads. Putin boasted that they can evade any missile defence systems in the world. “They have no equivalent,” he said.

His comments came after he had signed a new naval doctrine that portrayed the United States as the biggest threat to Moscow and vowed to turn Russia into a “great maritime power”.

Although Putin did not mention Ukraine during his speech, the document called for a “comprehensive strengthening of Russia’s geopolitical position” in the Black and Azov seas.

In contrast to the pomp in St Petersburg, Russia was forced to call off its Navy Day celebrations in Kremlin-occupied Crimea after a suspected Ukrainian drone attacked the headquarters of its Black Sea fleet. Five naval personnel were injured, officials said. The Russian-installed governor of Sevastopol, Crimea’s biggest city, accused Ukrainian forces of seeking to “spoil” Navy Day.

Ukraine denied responsibility for the attack. “Our liberation of Crimea from the occupiers will be carried out in another way and much more effectively,” said Serhiy Bratchuk, a Ukrainian military spokesman.