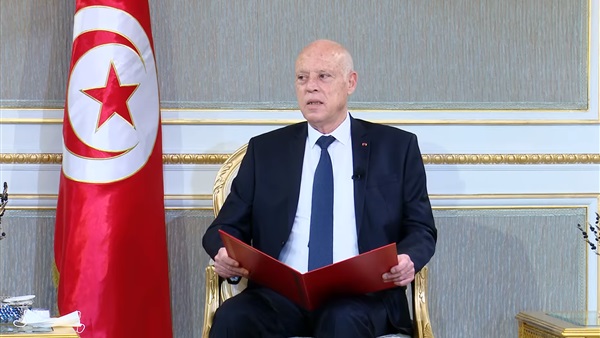 Voter turnout figures in the referendum on the draft Tunisian constitution, which was organized on July 25, have already been declared by the Tunisian High Elections Authority.

The figures reflect the success of Tunisian President, Kais Saied, in ending differences with the opposition in his favour.

President Saied called on his country's voters to participate in the vote.

However, Ennahda movement and the Tunisian opposition wanted voters to boycott the vote in protest against what they described as the 'coup' that was staged in their country by President Saied.

The Tunisian president said his actions since July 25, 2021 were tantamount to a correction of the path of his North African state.

Nonetheless, the opposition said the same moves were nothing but a 'coup' against the Tunisian revolution.

Opposition figures even accused President Saied of establishing a new dictatorship in their country.

The referendum over the draft constitution amounted, meanwhile, to the first street battle between the president and the opposition.

This test showed who has the upper hand in the Tunisian street.

The president's team demonstrated its strong connections with the Tunisian street, particularly on the eve of the referendum.

Tunisia's political forces, especially those whose who spearheaded the 2011 revolution, also proved to be totally disconnected from the streets.

The voter turnout shows the presence of approval among Tunisian voters of the management style of President Saied.

The president also showed that he is winning more confidence among voters after the July 25, 2021 moves.

This contradicts all the attempts made during the past months by the opposition, especially Ennahda, to distort the image of the Tunisian president.

This growing confidence and approval also come despite deteriorating economic conditions in Tunisia.

Gaps kept yawning between the Tunisian opposition and people on the streets over the past ten years.

This is a period of time, during which ordinary Tunisians experienced all types of ills, from confusion to corruption and economic and social collapse.

These ills were experienced under what was known as a 'democratic' political system.

Tunisians are apparently opting for the stability President Saied is promises them.

Tunisian writer, Adel al-Brini, said the Tunisians have already uncovered Ennahda's illusions and its inability to manage their country's affairs.

He told The Reference that the parliamentary system had brought Tunisia nothing but weakness.

He referred to growing confidence in the president among ordinary Tunisians.