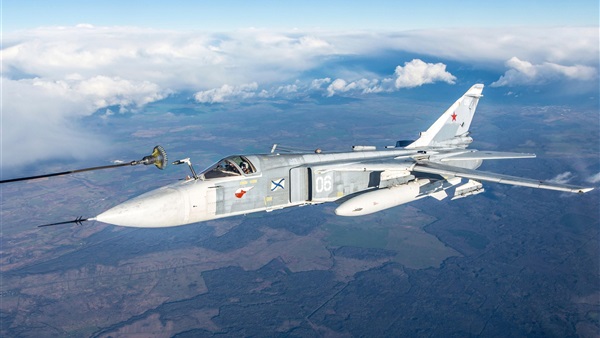 A plot to persuade Russian fighter pilots to fly their aircraft to Ukrainian-controlled territory and surrender has emerged after a tussle between the two countries’ spies, involving promises of millions of dollars in bribes and an alleged agent masquerading as a pilot’s lover.

Russia’s Federal Security Service (FSB) said it had exposed an operation supported by British intelligence to lure Russian pilots to Ukraine in exchange for $2 million and residency in an EU country.

Details of the alleged operation were published by Russian television channels, agencies and news websites. They included mobile telephone messages and audio clips, purportedly of Ukrainian intelligence officers attempting to convince up to ten Russian pilots to undertake the defection.

“Our target is a plane,” said an unidentified voice in one recording. “We’re ready to pay $1 million. We can come to an agreement — I guarantee you another $1 million on top.”

The alleged plan was for the Russian pilots to simulate being intercepted by Ukrainian fighters at low altitude and then be guided to an airfield under Kyiv’s control. If there were concerns about the plane’s navigator he could be slipped a sedative before the flight.

Kyiv was interested in Su-24M, Su-34 and Tu-22M3 warplanes, it was claimed, but the plan was foiled when the Russian pilots revealed the approach to the FSB.

Rossiya-24, a state television channel in Moscow, accused Christo Grozev, an investigative journalist, of being involved in the transfer of an advance for one pilot, with the connivance of MI6.

Grozev works for the Bellingcat investigative website, which exposed the Russian agents who tried to poison Alexei Navalny, the Russian opposition leader, in Siberia in 2020, and Sergei Skripal, the former MI6 informer, in Salisbury in 2018.

Grozev, 53, said that the Ukrainian plot was true, and that he “was involved in this crazier-than-fiction story of triple-agents, fake passports and faux girlfriends” — but as a filmmaker for Bellingcat, not a participant.

The Bulgarian-born journalist said that he and his colleagues had been given permission to film an operation conceived by Kyiv’s security services after Ukraine adopted a law in April that allowed for cash payments to Russian soldiers who surrendered with planes, helicopters, missile launchers or other heavy weapons.

Russian media portrayed the exposure of the plot as a counterintelligence triumph.

The FSB said Ukrainian intelligence officers, “acting in the name of the country’s leadership” had offered the pilots money, anonymity and a “comfortable life” in an EU country if they undertook the operation. An FSB representative told the Rossiya-24 channel that “obviously, the operation was conducted with the support of western, and principally British, special services”. No evidence was provided.

The possible destinations for up to ten pilots allegedly included France and Germany.

Grozev claimed the Russian counteroperation had in fact been “a serious blunder for the FSB, disclosing unintentionally identities of dozens of counterintel officers, their methods of operation, and their undercover assets”.

According to the journalist, it quickly became clear that the Russian security services had rumbled the plan and taken over the pilots’ phones after they were offered bribes. The tone of messages to the Ukrainian side changed, and one of the “pilots” suddenly wanted to get a lover out of the country rather than his wife.

By checking phone data, Grozev said he established within “about five minutes” that the so-called lover was a fitness trainer who moonlighted as “an FSB girlfriend-for-hire”.

The stand-off faded when the Ukrainians realised they would not get a plane, and the Russians failed to lure Kyiv’s spies to a meeting with family of the pilots.

From then on, the Bellingcat team observed the “mutual deceit game” between the two countries’ spies as they tried to feed each other disinformation. It plans to release its film soon.

Rossiya-24 claimed the FSB’s foiling of the plot allowed Russia to identify and strike at several Ukrainian military sites, including a “secret aerodrome” at Kanatovo, near Kropyvnytskyi in central Ukraine. Kanatovo is in fact an airfield of the Ukrainian air force that has been in use since Soviet times.

Britain is seen in Moscow as Ukraine’s most fervent supporter in Europe and is often fingered as the architect of plots against the Kremlin.