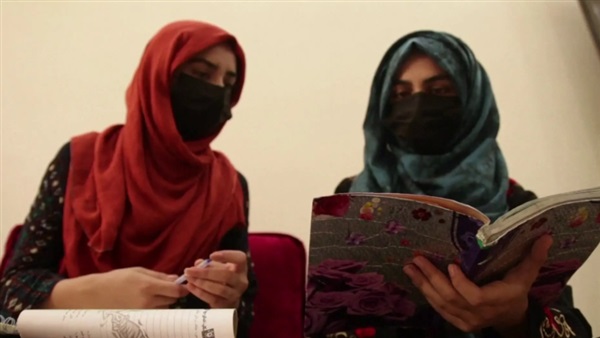 Fatima Haidari was the first woman to work as a private tour guide in Afghanistan. It was a dream vocation for the 24-year-old — and one she had to abandon when she fled last summer after the Taliban took over.

Now living in Italy, Haidari is the face of a virtual tour around the Afghan city of Herat, which allows her to continue her passion — while also raising funds to educate Afghan girls through secret classes.

Aged seven, she began work as a shepherd in Ghor, central Afghanistan, until her family moved to Herat to escape the conflict.

“My sheep were the first group I was guiding through nature. And I loved that, talking to my sheep, though of course they didn’t understand me,” Haidari said, laughing. “My father had a radio and sometimes I would borrow it and take it into the hills and listen to news reports. That’s how I came to learn about the importance of education.”

With her family unable to pay for her education, Haidari later spent time learning English and researched the history of important sites, keen to show people that her country had much to offer. She studied journalism and mass communication at Herat University.

She began to post details online about her homeland and the wonders it had to offer and eventually began offering tours in Herat, including for the British company Untamed Borders.

“All of my siblings are illiterate. I wanted more than to be a housewife. I had dreams that I wanted the chance to pursue,” she said.

Things changed, however, once the Taliban gained ground across Afghanistan last summer. Concerned that her work had put her in danger, she decided to flee to Italy.

On Tuesday night she will be leading a virtual tour of Herat, the proceeds of which will go to a women’s education charity supporting some of the thousands of teenage girls prevented from attending school by the Taliban.

Starting at 7pm via Untamed Borders’ website, the tour will take in Herat’s Great Mosque, bazaars and ancient shrines, while also providing insights into the situation in Afghanistan. Another will run next month.