Moscow turns gas back on amid EU shortage fears 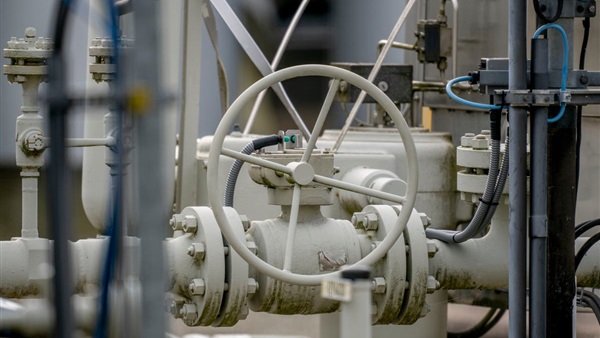 Russia has resumed pumping gas through its most important pipeline to Europe, allaying fears of an indefinite shutdown that would have led to shortages across the continent.

However, supplies have been curtailed to about 30 to 40 per cent of the normal volumes, leaving President Putin with substantial leverage over Germany and some of its neighbours, and raising doubts about whether European gas reserves will suffice to see the country through the winter.

The Nord Stream pipeline, which runs directly from Russia to the north coast of Germany, has emerged as the European Union’s most significant energy vulnerability.

Early last week it was shut down for ten days of maintenance, which officials in Berlin saw as a possible prelude to Moscow turning the taps off for good.

This morning, however, the pipeline went back into operation, although it was carrying the equivalent of only 48 million cubic metres a day, less than a third of its full capacity.

The wholesale prices on Europe’s main gas markets, which have risen sixfold since the Russian invasion of Ukraine, dipped by 4 per cent in early trading as the volume of gas flowing through Nord Stream increased a little. Russia says it cannot deliver more because of a missing turbine, which was impounded in Canada under the western sanctions regime.

If the deliveries continue at this rate it is conceivable that Germany and other EU members will hit their target of filling 90 per cent of their gas storage facilities in time for the winter. However, it may be a close-run thing and the German authorities continue to worry that Russia will throttle the supply again.

Klaus Müller, the head of the German energy network regulator, said there was still a degree of “political insecurity” about the pipeline.

Yesterday the EU urged its member states to cut their gas usage to thwart Putin’s plans to use energy to punish Europe for its support of Ukraine.

Ursula von der Leyen, the European Commission president, said that member countries should reduce usage by 15 per cent from next month until the spring.

Brussels is also seeking the power to impose mandatory reductions across all member states in the event of an emergency. “Putin is trying to push us around this winter,” von der Leyen said. “Russia is blackmailing us. We have to prepare for a potential full disruption of Russian gas. This is a likely scenario.”

Russia supplied 40 per cent of the EU’s gas before the Kremlin sent tanks into Ukraine in February, but flows have plummeted as a result of tensions between Moscow and the West. The International Monetary Fund has warned that European economies could be plunged into recession if Russia turns off the taps. The Kremlin has already stopped or reduced gas supplies to a dozen EU member states.

The EU is not dictating how its 27 member states should meet the 15 per cent target, but governments are expected to outline their measures in their existing national emergency plans by the end of next month.

“If we wait, it will be more expensive and it will mean us dancing to Russia’s tune,” an EU official told Reuters. The measure is part of the EU’s Save Gas for a Safe Winter campaign.

The bloc says that households, hospitals and schools will be exempt from any gas rationing measures. Brussels has suggested that countries meet the target by imposing limits on heating levels in public buildings. A 15 per cent reduction in usage would save about 45 billion cubic metres of gas from August to March, which officials say should be sufficient to get through an “average to cold” winter.

Gazprom, the Russian state-owned energy giant, turned off its Nord Stream 1 pipeline, which runs through the Baltic Sea to Germany, for ten days this month for what it said was scheduled maintenance. The pipeline is due to come back online today. It is believed that flows of gas will resume, but that they will be below capacity. Last month Russia cut gas exports to Europe through Nord Stream 1 to 40 per cent of capacity. Moscow has blamed reduced gas flows on delays in returning a turbine that was being serviced in Canada.

Officials in Moscow have said that Russia can be counted on as a reliable supplier. However, Putin warned yesterday that gas supplies would depend on the condition of the turbine, as well as other factors. “Maybe ... they will turn it off at some point, and Nord Stream 1 will stop, and that’s it,” he said, without giving further details.

EU energy ministers will be asked to vote on the proposal to cut gas usage on Tuesday. The plan has faced opposition from countries such as Poland, whose gas storage levels are at 98 per cent. “We are against imposing mandatory reduction targets,” Anna Moskwa, the Polish climate minister, said.

Hungary, whose storage facilities are only half full, said last week that it could, in an emergency, restrict the cross-border flow of gas and other energy products to fellow EU members. The plan earned a sharp rebuke from the EU. Yesterday von der Leyen urged member countries to “stick together”.

The willingness to make cuts on gas usage is being seen by analysts as an indication of how far European countries are prepared to go to support Ukraine, with many leaders wary of a backlash from their electorates.

While flows to Europe decline, Russia has been pumping record levels of gas to China, which has not criticised Moscow over its attack on Ukraine. Gazprom has also signed a £33 billion deal to develop gas and oil fields in Iran, a key ally. Kremlin-friendly countries such as Belarus and Turkey have also largely escaped disruption to gas supplies that have been experienced by European countries.

The EU faced criticism this week when it announced a gas deal with Azerbaijan, the authoritarian former Soviet state, that von der Leyen said would help to reduce Europe’s dependence on Russian energy. Under the agreement, gas supplies to the EU from Azerbaijan are set to almost triple by 2027.

Human Rights Watch said that the EU should not have signed the deal without insisting on reforms in Azerbaijan, where censorship and political repression are commonplace.