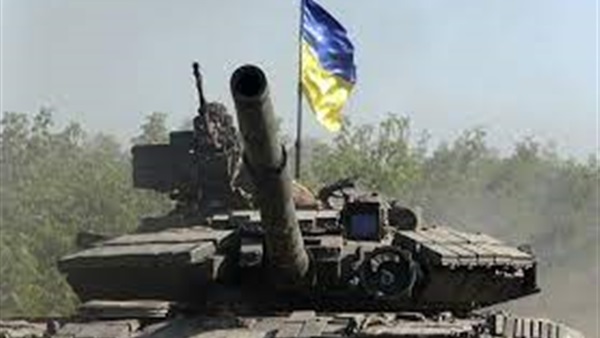 Ukraine’s forces have been ordered into full retreat from Severodonetsk as the city has been “nearly turned to rubble” by intense Russian shelling.

Serhiy Gaidai, the regional governor, announced the withdrawal this morning following weeks of fierce fighting in the battleground eastern city.

Capturing Severodonetsk has been a key strategic goal of Russian forces as they seek to control the Donbas area and carve out a large swathe of eastern Ukraine.

“Ukrainian armed forces will have to retreat from Severodonetsk. They have received an order to do so,” Gaidai, governor of the Luhansk region which includes the city, said on Telegram. “Remaining in positions that have been relentlessly shelled for months just doesn’t make sense.”

The continual bombardment by Russian forces “nearly turned [Severodonetsk] to rubble” he added.

Oleksandr Stryuk, the mayor of Severodonetsk, said that the city’s infrastructure was completely destroyed and 90 per cent of houses were damaged or destroyed.

“Unfortunately, we will have to withdraw our troops from Severodonetsk, because it makes no sense to be in broken positions — the number of dead is growing,” Stryuk wrote on Telegram.

He added that Russian forces were advancing from Zolotyi and Toshkivka towards Lysychansk, the city across the Siverskyi Donets river from Severodonetsk, and that ground forces have penetrated the outskirts.

As of yesterday, 2,222 citizens had been evacuated from Lysychansk, according to Stryuk.

Meanwhile a district south of Lysychansk in the Luhansk region had been “fully occupied” by Russian forces, a local Ukrainian official said on television.

“Unfortunately, as of today... the entire Hirske district is occupied,” the municipal head Oleksiy Babchenko said on a television broadcast. “There are some insignificant, local battles going on at the outskirts, but the enemy has entered.”

The Russian advances came as a Moscow-appointed official in the occupied Kherson region was killed in an explosion in what the TASS news agency said was a “targeted assassination”.

The Moscow-appointed deputy head of Kherson, Kirill Stremousov, said on Telegram that Dmitry Savluchenko died “as a result of a terrorist act in the city of Kherson”. The Interfax news agency said Savluchenko died in an explosion after a bomb was planted in his car.

President Zelensky said yesterday that Russia had destroyed more than 2,000 schools and other educational institutions since the invasion began in February.

In a video address to students and faculty at Jerusalem’s Hebrew University, Zelensky claimed Russian “forces were shooting people on the streets, they are torturing people, they are raping minors — boys and girls”.

Ukrainian forces have announced that the pilot of a Russian Su-25 Frogfoot ground attack aircraft shot down last Friday was captured shortly afterwards.

The pilot has admitted to being a retired Russian air force major, who has flown several missions during the conflict after being employed as a Wagner military contractor.

The Ministry of Defence in London has said the use of retired personnel to conduct close air support missions indicates that the Russian air force is probably struggling to support the invasion of Ukraine with sufficient aircrew.

“This is probably due to a combination of Russia’s insufficient numbers of suitably trained personnel and its combat losses,’ the MoD said in its latest intelligence update.

The Russian pilot had reportedly used commercial GPS devices rather than Russian military navigation equipment, the MoD added, indicating that Wagner aircraft were older models of the Su-25 and that the Russian air force was not providing Wagner with up-to-date avionics equipment.