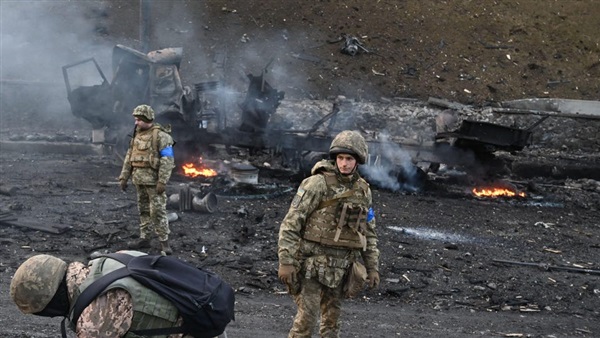 A second American citizen has died fighting the Russian invasion in Ukraine, the US state department has confirmed.

Stephen Zabielski, 52, was killed in fighting on 15 May, according to an obituary first published in an upstate New York newspaper, The Recorder, on 1 June.

Zabielski, who was from New York, died after he stepped onto a landmine, reported Rolling Stone, citing sources. He is survived by his wife, five stepchildren, and a grandchild.

In a statement, a state department spokesperson said that the government has been in touch with his family and provided “all possible consular assistance.”

The spokesperson also reiterated the Biden administration’s stance warning American citizens against travelling to Ukraine due to the conflict, and of the potential for Russian soldiers to single them out. It also added that any citizens in Ukraine should depart immediately.

Zabielski was working with a group of western volunteers, attached to the Ukrainian army. He served alongside 13 English-speaking men in a combat squad called the Wolverines, said Tristan Nettles, a Marine Corps veteran, who says he was with Zabielski when he was killed.

Each member of the group did a tour in Iraq, he told Rolling Stone.

The news of Zabielski’s death comes after several American combatants have gone missing in Ukraine, and one was confirmed dead.

In April Willy Joseph Cancel Jr, a 22-year-old former US Marine, lost his life while fighting alongside the Ukrainian forces. He flew to Poland on 12 March and crossed over to Ukraine sometime in the next two days, said his mother Rebecca Cabrera.

“He wanted to go over because he believed in what Ukraine was fighting for, and he wanted to be a part of it to contain it there so it didn’t come here, and that maybe our American soldiers wouldn’t have to be involved in it,” she told CNN.

Last Monday, Kremlin spokesperson Dmitry Peskov confirmed Russia had detained two Americans – Andy Huynh, 27, and Alexander Drueke, 39 – while they were fighting for the Ukrainian side.