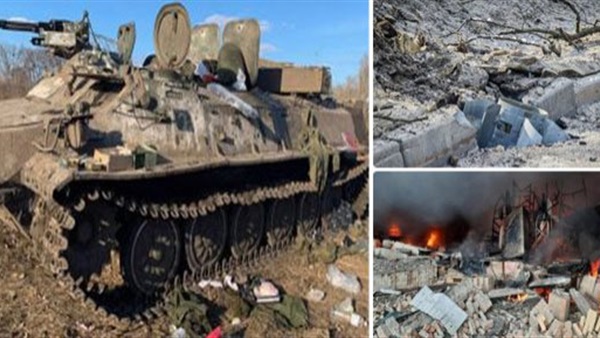 The first Russian to come into the crosshairs of Andrii’s sniper rifle was careless. He stood plumb in the middle of the road outside his fortified position, reaching into his pocket for a packet of cigarettes.

Lying prone in the undergrowth 300m away, Andrii aimed at his chest and squeezed the trigger of his Dragunov SVD. The man fell. Andrii rolled to the side as a hail of return fire came in his direction, then beat a hasty retreat. His spotter, Lucky, confirmed the kill.

“What did I feel at that moment? The recoil of my rifle,” he told The Times. “Maybe I’m a bad person, but I don’t feel guilty. I’m driving them from my land.”

Andrii, 26, Lucky, 21, and their intelligence scout, Turbo, 22, all Kharkiv natives, are part of an elite special operations unit of the Azov regiment. Its members claim to have killed more than 300 of President Putin’s troops, helping to drive them back towards the border over the past two months.

The Azov unit became infamous for the far-right views espoused by its founder, Andriy Biletsky. Today, however, it is a broad church of young men with disparate backgrounds and political views, attracted by its reputation as one of Ukraine’s fiercest fighting units.

“I joined Azov because it’s the best unit now in Ukraine, they are the most highly motivated,” said Turbo. A window fitter before the war, he now pilots a reconnaissance drone and helps to plan his team’s missions. “We don’t have any ideology, as the Russian propaganda says. We’re just typical soldiers protecting our homeland.”

Only Lucky was a serving soldier when Putin launched his invasion in February, although all had previous combat experience during Russia’s eight-year hybrid war in the Donbas region. He was a sergeant in an anti-aircraft unit when Russian warplanes attacked his base in the first hours of the invasion. His unit was ordered far from the front, to Lviv, but he wanted to fight for his home town and transferred to Azov.

Recalling the recent engagement that earned him his nom de guerre, he told The Times that his unit often use their knowledge of local terrain to take on far larger enemy forces.

Lugging a rocket-propelled grenade launcher on his back, he and Andrii used a large drainage pipe to creep under a road to a spot near a fortified Russian position at a T-junction. Beyond the position was a base with two Russian tanks. Lucky and Andrii were tasked with luring the Russians towards them so that their main force could hit the enemy flank. They were then to withdraw and call in artillery support.

“I’ve taken a first shot with the RPG just to distract the enemy, then the second was a lucky one,” he said. “Usually this kind of grenade only flies 500m, but it went 800m and destroyed an enemy tank. The Russians opened fire on us with everything they had.”

Andrii added: “Bullets were flying centimetres over my head. I was thinking, how I have to get back to my girlfriend.”

As the Russians moved into the open, Ukrainian artillery shells rained down on them and the main force opened fire. A drone count recorded 46 killed and 73 wounded, believed to be Russian VDV Spetsnaz forces, but the Ukrainians took casualties too. Two of Lucky’s close friends were among those killed.

It is partly thanks to the bravery of young men like these that Ukraine has been able to force the Russians back towards the border in the Kharkiv region, said Captain Ilko Bozhko of Operational Command East.

“Our soldiers are growing in motivation and proficiency, but we need more long-range weapons to support their efforts.”