Isis terrorist ‘came close to apology for my son’s death’ 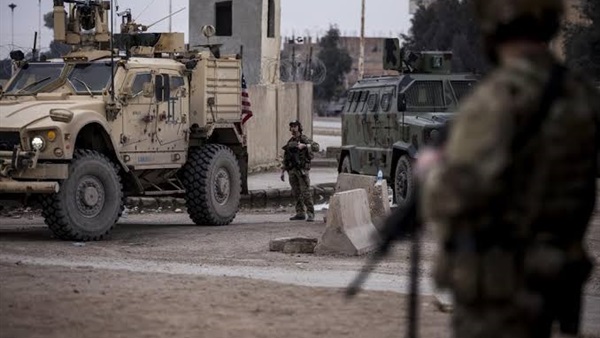 The mother of a man killed by the Isis “Beatles” has visited a member of the kidnap gang in prison and told how he came “very close” to apologising to her.

Alexanda Kotey, 38, was jailed for life in Virginia in April after admitting kidnap, conspiracy to murder and providing material support for terrorism.

Among his victims was Diane Foley’s son James, a journalist who was abducted by the gang while reporting on the Syrian civil war in 2012. He was killed by another of the gang, Mohammed Emwazi, so-called Jihadi John, in August 2014.

As part of a plea deal in which Kotey, from Shepherd’s Bush, west London, will be transferred to Britain after serving 15 years in a US jail, he agreed to meet the families of his victims.

Foley, from New Hampshire, went to visit him in Virginia, accompanied by a friend, Kotey’s defence team, prosecutors and FBI agents. “We had quite a group of people. However, in our conversation, it seemed very much just the two of us,” she said.

“I knew our son Jim would have wanted us to meet with him. I wanted Alexanda to have the opportunity to know who Jim was as a person and to have an opportunity to meet Jim’s family.”

The meeting, in October, was not easy, she admitted. “I tried to be a good listener, tried to hear his side of things and how he became radicalised and how he came to see our innocent citizens as evil and the cause for all the pain and suffering that they may have felt. It’s very poignant to see how everyone lost. When hatred reigns, everyone loses. It’s been a very, very sad experience all around to be honest, but I’m hoping that, maybe, in time, we can get some reconciliation.

“Hatred has to stop, otherwise more violence just continues the cycle, is my opinion, and that’s partly why I went to see him — so there might be some little chance for mercy and forgiveness that our world so needs.”

Kotey raised the issue of how Muslims are mistreated, she said. “He was thinking about Guantanamo, and Abu Ghraib, and some of our true missteps in the world, about atrocities that we ourselves are culpable for. It was a lot of that, and then his own difficulty fitting into society and feeling unwelcomed. In many cases, we were not as humanitarian as we should have been.”

Asked if Kotey had apologised to her for the death of her son, Foley said: “He’s come very close. He’s expressed a lot of remorse. He’s written me a couple of letters filled with remorse and his attempt at justifying his actions. And, to me, forgiving oneself, forgiving others, is always a long process. It’s nothing quick, but yes, he’s come very close.

“Who knows if he’s telling the truth to me, but at least it’s given him something to think about, to recognise what he did to people who were really innocent victims themselves.”

Despite finding the meeting difficult, Foley plans to visit Kotey again next week. His accomplice, El Shafee Elsheikh, 33, from White City, west London, was found guilty after a trial in Virginia and is awaiting his sentence.

“They’ll most likely never see their families again,” Foley said. “They’ve lost their citizenship and their freedom for the rest of their life and to me that’s a very just punishment. I feel that it gives them the opportunity to make amends and use the years for some good but it also doesn’t allow them to be free to inflict any more horror.”

The kidnap gang, also including Aine Davis, were nicknamed the Isis Beatles because of their British accents. Emwazi was killed in a US drone attack in November 2015 and Davis is in jail in Turkey.

Foley made her comments at a conference on how former Isis fighters should be treated, held by the International Centre for the Study of Radicalisation at King’s College, London.