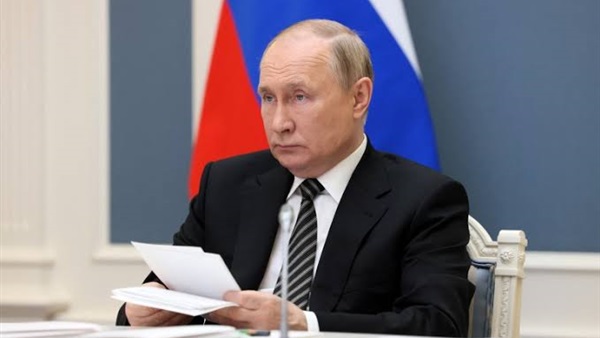 Vladimir Putin has cancelled his annual telephone marathon with the Russian public amid speculation that he fears being asked about his war in Ukraine.

The cancellation of this year’s Direct Line with Vladmir Putin, a Q&A which was first televised in the early 2000s, comes as repression in Russia continues to grow.

Shortly after Mr Putin launched his invasion of Ukraine on 24 February, his regime introduced a new law criminalising public opposition to the war. Those who fall foul of this legislation face up to 15 years in jail.

Speaking earlier this week, Dmitry Peskov, the Kremlin’s spokesperson, confirmed that the yearly presidential telephone event would not be going ahead. “The Direct Line cannot take place this month,” he said, without giving a reason for the decision.

The Kremlin did not comment on when the format would next be aired. The axing of the show comes a week after Moscow indicated that it would take place some time after 18 June.

Mr Putin troops continue to lay siege to the east Ukrainian Donbas region, with the city of Sievierodonetsk the key battleground. Thousands of civilians are believed to be trapped there by the street fighting.

Taking aim at the leaders of France and Germany, Andrzej Duda suggested on Thursday that Emmanuel Macron and Olaf Scholz were not taking a hard enough line against Russia. The French president recently said Mr Putin should not be “humiliated”, warning that a diplomatic solution to the conflict would otherwise be impossible.

In an interview with the German newspaper Bild, the Polish president said: "Did anyone speak like this with Adolf Hitler during World War Two?

"Did anyone say that Adolf Hitler must save face? That we should proceed in such a way that it is not humiliating for Adolf Hitler? I have not heard such voices."