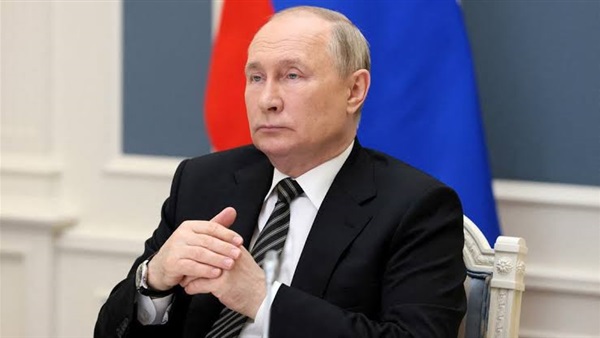 President Putin has compared the war in Ukraine to Peter the Great’s conquests in the Baltic, arguing that in both conflicts Russia was recovering its own territory.

“You get the impression that by fighting Sweden he was grabbing something. He wasn’t taking anything, he was taking it back,” Putin told a group of young entrepreneurs yesterday at an exhibition in Moscow marking the 350th anniversary of the tsar’s birth.

“Everyone considered it to be part of Sweden. But from time immemorial Slavs had lived there alongside Finno-Ugric peoples,” Putin added.

“It is our responsibility also to take back and strengthen,” he said in an apparent reference to Ukraine.

Earlier Putin ordered the creation of an interior ministry department to enforce martial law, despite the Kremlin previously denying rumours that it was to be imposed.

Dmitry Peskov, Putin’s spokesman, said the law enforcement department was being established because of the “requirements of the times”.

Tens of thousands of people fled Russia in early March when there were rumours that Putin was about to put the country on a war footing officially, speculation that Peskov described at the time as a “hoax”. The Kremlin refers to its invasion of Ukraine as a “special military operation”.

Martial law could mean border closures, the mass mobilisation of military reserves and the creation of internment camps for citizens of “enemy” countries.

“There is nothing more convenient than martial law for a dictatorship,” wrote Alexander Nevzorov, a well-known Kremlin critic who fled Moscow after speaking out against the war. “It allows you to do whatever you want with the population and its property.”

Martial law could be imposed on Ukrainian territories that are seized by Russia, rather than the entire country. A senior Russian MP said last week that Moscow intended to stage referendums on southern regions of Ukraine joining Russia as early as next month.

Although polls show that a vast majority of Russians support the invasion, there are signs of dissent. In Moscow a politician lashed out at city inspectors who told him to remove a banner emblazoned with the pro-war Z and V symbols because there had been numerous complaints from people.

Across the world, President Putin’s invasion of Ukraine has provoked anger, denunciation and sanctions. In Japan, though, the Russian leader faces punishment of an unusual kind — supernatural appeals for his death in the form of effigies nailed to sacred trees (Richard Lloyd Parry writes).

Police in Chiba prefecture, east of Tokyo, are investigating after straw dolls bearing photographs of Putin’s face were found in the grounds of at least ten Shinto shrines close to the town of Matsudo since mid May. Support for Ukraine is widespread in Japan but local people are indignant about the damage caused by the nails driven into the sacred trees.

One doll found at Mikazuki shrine in Matsudo was nailed to a sacred castanopsis tree. With it was a piece of paper bearing the words: “Vladimir Putin, born 7 October 1952. Pray for his extermination.”

CCTV video from a few days earlier showed a man entering the shrine with what looks like a doll in his bag.

After being reported, the doll was ritually purified with salt and sake and then burnt.

The use of dolls in cursing an enemy goes back to at least the 6th century in Japan.