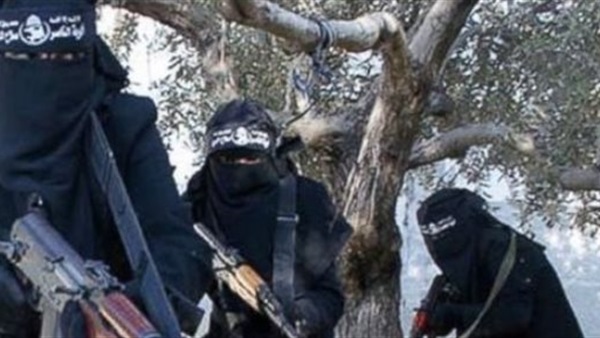 A former American schoolteacher who became a high-ranking member of Islamic State and led an all-women’s battalion of militants in Syria pleaded guilty to supporting a foreign terrorist group in a US court yesterday.

Allison Fluke-Ekren, 42, broke down in a federal court in Virginia as she admitted to “terrorism-related activities” and providing material support to the Islamist group in Syria, Libya, and Iraq between 2011 and 2019. She now faces up to 20 years in jail in the first prosecution in the US of a female Isis leader.

Fluke-Ekren, who was born on a farm in Kansas, was deported to the US to face allegations that she trained young women and girls, some as young as ten, to use automatic weapons, grenades and suicide belts in the Syrian city of Raqqa. The city was an Isis stronghold at the peak of its powers over the self-proclaimed caliphate in 2014, when it controlled swathes of Syria and Iraq.

It remains unclear when Fluke-Ekren was radicalised, but she moved to Egypt with her second husband, Volkan Ekren, in 2008 and the couple soon linked up with Islamist militants in the Middle East, travelling throughout the region. They were in Benghazi, Libya, when the US diplomatic compound was attacked by the group Ansar al-Sharia in 2012, killing the American ambassador and three others.

Fluke-Ekren is not thought to have been involved in the attack, but her husband acquired documents stolen from the charred US compound which she helped him analyse, prosecutors said. They then moved to Syria in late 2012 and joined Isis. Her husband ascended through the leadership, taking command of training snipers, before he was killed in an air strike in 2016.

Fluke-Ekren launched her all-female battalion, known as Khatiba Nusaybah, the following year. She soon gained prominence within Isis, where she earned the nom de guerre Umm Mohammed al-Amriki. Witnesses cited in court documents said the American spoke of her wish to launch terror attacks on US soil, including bomb attacks on a university campus and a shopping mall. One who knew her in Syria said that on a scale of radicalisation, from one to ten, Fluke-Ekren was “an 11 or a 12”.

“Fluke-Ekren further said that she considered any attack that did not kill a large number of individuals to be a waste of resources,” prosecutors said.

With Isis facing defeat in 2019, she left the group and was smuggled out of Islamist territory. She said she was arrested last year after turning herself in at a police station because she wanted to leave Syria. She spent months in prison before being extradited to the US in January.