Iran’s Leaders Are Scared of the Internet 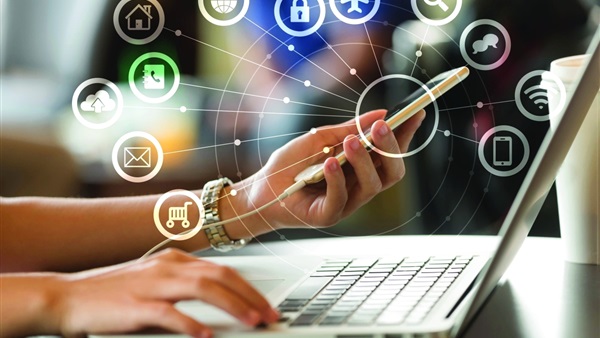 When Iranian President Ebrahim Raisi was running for office, he famously said in a May 2021 televised debate how much he deplored the disruption that Iranian children who play online games experience due to the nation’s poor internet infrastructure and weak signals, arguing that he had plans to boost internet connectivity if elected. He made similar remarks about his displeasure that university students are being sealed off from their peers internationally because of the country’s flawed internet services.

As simplistic as his youth outreach may have been, Raisi was trying to portray himself as a politician who related to the young population’s sensitivities around sustainable internet access. According to the World Bank, 84 percent of Iran’s 85 million people are internet users. The country’s young, dynamic population is tech savvy, well connected, and reliant on the internet to meet many of its day-to-day needs and be in sync with the outside world. Yet in terms of average connection speed, Iran is ranked 113th internationally, surpassed by Iraq, Liberia, and Belarus, but still ahead of the Philippines, Indonesia, and Argentina.

But in stark departure from his campaign promises, Raisi’s administration has kept Iran’s netizens on a tight leash by refusing to order bandwidth expansion in the face of growing demand, resulting in multiple episodes of national connectivity disruption.

Rubbing salt in the wound, his administration is working with the ultraconservative parliament to pass the Protection Bill, notoriously known in Persian as Tarh-e Sianat, which would criminalize the use of virtual private networks (VPNs), which are used to bypass restrictions on blocked websites, and would eventually outlaw the activities of all foreign-based social media unless they opened representative offices in Iran.

It is expected that in the final stage of the law’s implementation, still being pondered by the parliament, basic services such as Google, Gmail, Instagram, and WhatsApp will also be shut down, effectively closing off all access to the global internet and administering a coup de grâce to a debilitated middle class that is the driver of change and whose vivacity and resilience troubles the hard-liners the most.

There is public panic over the prospect of the unpopular bill becoming law. But the forthcoming curbs will be only an added layer of paralysis to what is already an incapacitated internet used by Iranians. Most major social media platforms—including Facebook, Twitter, YouTube, TikTok, and Telegram—are officially banned. In 2008, it was reported that the government had blocked some 5 million websites, including those of international newspapers, TV and radio broadcasters, discussion forums, and photo-sharing services. It is only through VPNs that Iranians can access the blocked sites.

Ironically, most of the top government and military authorities and conservative parliamentarians advocating for the Protection Bill and the ensuing demise of internet access are themselves using VPNs to maintain Twitter and Facebook accounts, in effect violating the country’s cyberspace regulations. They use Twitter to preach to Iranians about the immorality and vanity of the internet and are typically called out for their inconsistencies.

A reckless decision to cut off internet access for good will be a recipe for disaster and the trigger of a new wave of tensions. The Iranian government is probably aware that a blanket ban on the internet might have security implications and gravely undermine the vestiges of its credibility and international standing.

But Iranians’ online lives are not only frustrated by meager government and private investment in infrastructure, substandard telecommunication installations, and low bandwidths. In an ideologically driven country where the government’s propensity to foist a strict form of Islamic lifestyle on citizens hasn’t subsided since the 1979 Islamic Revolution, the internet has long proved to be a liability for the establishment rather than an opportunity, and a privilege for citizens rather than a basic right.

For years, conversations about the urgency of rolling out a purified “halal” internet for Iranian users (with the actual purpose of curtailing access to the global network) have dominated the public sphere—and not only from the civilian government but also from the Islamic Revolutionary Guard Corps as well as a vocal consortium of influential conservative clerics who have been actively championing restrictions on internet access.

To that end, as of 2020, the Iranian government had spent roughly $660 million on setting up what is known as the National Information Network, a domestic Iranian intranet project that includes indigenously built search engines, instant messaging applications, email services, and social media and that has been compared by pro-reform politicians and commentators to China’s Great Firewall and North Korea’s Kwangmyong.

The authorities justify the bid to clamp down on the internet by claiming that it is being used by the country’s “enemies” to infiltrate Iran and that it is corrupting youths’ lifestyles and jeopardizing national security.

But the crux of the matter is that in a society where the flow of information is tightly micromanaged by the state, where private broadcasters are not even a remote possibility, and where freedom of the press is imperiled, the internet enables citizens to access alternative information sources, thus providing a degree of transparency and putting the country’s politicians constantly in the hot seat to be held accountable for rampant corruption and maladministration.

Public discontent over the desolate state of Iran’s economy and the shrinking of civil liberties is exacerbated by the overarching perception that the state-run media, with their lavish resources and generous funds, are bent on depicting a rosy image of the current state of affairs while society suffers and foreign relations remain topsy-turvy.

In the current Iranian calendar year, the government budget that’s earmarked for the state-controlled Islamic Republic of Iran Broadcasting (IRIB), which holds an unconditional monopoly over multimedia production and transmission, totaled $176 million, in addition to the millions of dollars its stations rake in through exclusive advertisements. Yet, out of more than 130 local, national, and international radio and TV channels operated by IRIB and a bloated workforce of 50,000 employees, not a single one can take credit for doing independent, critical reporting catering to the public’s needs.

Meanwhile, the internet, even as slow as it is, has taken the place of a free press. It has enabled citizens to use their phones to record social scourges—including pervasive homelessness and poverty, maltreatment of Afghan refugees in public spaces, abuse of power by government employees, harassment of women by the militia vigilantes over their dressing style, and police violence—that would otherwise remain concealed and to share them widely online, and to debate serious economic and political issues while the doors to critical civil debate have been shut.

At the same time, for millions of young Iranians, the internet is an avenue to explore the surrounding world, learn about the state of life beyond their country’s national boundaries, make friends in unfamiliar geographies, and break away from their daily woes. But above all, it is a crucible of professional development and a stream of income for thousands of Iranian entrepreneurs, academics, researchers, artists, businesspeople, and journalists whose livelihoods are intertwined with the availability of robust internet connectivity.

Nearly 1.7 million online businesses in Iran operate through Instagram, including suppliers of clothing, cosmetics, home appliances, and groceries, according to the BETA Research Center, a private Tehran-based data analysis institute. The center has estimated that the employment and livelihoods of at least 11 million Iranians are directly dependent on the internet, including 9 million people who are relying solely on Instagram to subsist.

But these are not realities the establishment cares about. To Iran’s ruling authorities, the internet is a thorn in their side that empowers citizens and threatens the authorities’ grip on power.

If the government were prudent, it would realize that the internet and its facilitation of uninhibited conversations are what keep civil society afloat and that people’s frustrations do not always translate into ingrained grievances, divisions, and unrest, precisely because there is at least one aperture through which to release their sentiments.

If the government presses ahead with blacking out the internet permanently, it will plunge Iran into a new cycle of chaos and discord.

Iranians will not acquiesce to forfeiting their right to communicate with the world and losing their social media leverage. Iranian students will not study in a climate of detachment from the international academic community. Journalists will protest lack of access to reporting resources online. The country will lose thousands of minds in a new wave of immigration as entrepreneurs, engineers, professionals, and academics pack their suitcases and depart the country in search of settings in which their bare-bones right to use the internet, let alone other civil and political rights, is not unremittingly antagonized.

Unless the Guardian Council, the country’s constitutional watchdog, decides to intervene—which is highly unlikely—or top authorities realize the risks and discourage the parliament from taking further action on the legislation, it will move forward, triggering a new round of standoffs with the public. The 2009 Green Movement was the upshot of the establishment squaring off against a public that believed its voice was being ignored and its vote discounted. Decimating the internet will be a similar act of government self-immolation that will further fragment Iranian society along ideological, political, and cultural lines and precipitate a serious security crisis.