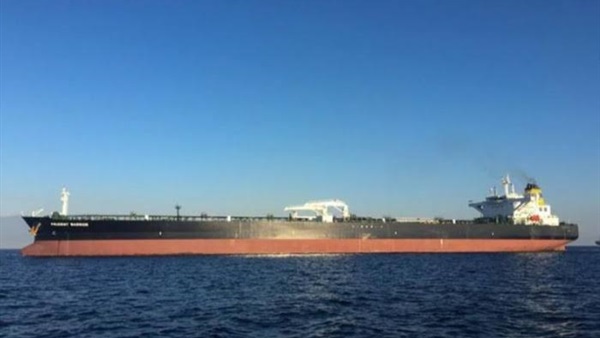 Iran’s Revolutionary Guards Corps said on Friday that its naval forces in the Persian Gulf had seized two oil tankers belonging to Greece, escalating tensions between Iran and the West at a time when diplomatic efforts to revive the deal limiting Iran’s nuclear program have stalled.

The two ships were seized in retaliation for Greece impounding an oil tanker in April carrying Iranian oil near its shore, with the seizure carried out at the request of the United States, according to reports in two semiofficial Iranian news agencies, Tasnim and Fars News, which are affiliated with the Revolutionary Guards.

The cargo of Iranian oil was then handed over to the United States for being in violation of American sanctions that ban Iran from selling its oil, according to Iranian news media, a claim that could not be independently verified.

According to The Associated Press, citing an anonymous Greek official, U.S. authorities had made a formal request that the ship’s cargo be seized and that Greece hand over the oil at one of its ports.

The incident on Friday caps a tense week in Iran that started on Sunday with the killing of a senior member of the Guards in Tehran in a drive-by shooting, in an attack carried out by Israel, according to both Iran and intelligence officials. Then on Wednesday, a drone attack on the sensitive Parchin military site killed an engineer employed by Iran’s Defense Ministry.

Iranian oil and energy experts said Iran’s seizure of the ships was a signal to Washington that Iran would toughen its stance if the Biden administration returned to Trump-era policies of maximum pressure and began seizing tankers and crude oil cargo belonging to Iran.

“The main purpose is to send a clear message to the West that future seizures of oil tankers will be met with a response in kind,” said Sina Azodi, an Iran analyst at the Atlantic Council in Washington.

The fate of the revised nuclear agreement is unclear, as talks have frozen over the United States designating the Revolutionary Guards a terrorist organization. Iran has demanded that the listing be removed, but so far Washington has refused, saying the designation is separate from the nuclear deal.

Greece’s Foreign Ministry said in a statement that Iran’s actions on Friday were “tantamount to acts of piracy” and would have a negative impact on Iran-Greece relations, as well as Iran’s relations with the European Union, of which Greece is a member. It advised its citizens not to travel to Iran.

An Iranian Navy helicopter on Friday landed on a vessel, the Delta Poseidon, which was sailing in the Persian Gulf and flying with the Greek flag, and armed men then “captured the ship’s crew,” including two Greek citizens, according to Greece’s Foreign Ministry.

Another Greek-flagged ship that was close to Iran’s coast was seized in a similar manner and seven Greek citizens were onboard, the ministry said in a statement. Iranian news media identified the second vessel as the Prudent Warrior and said it had recently anchored in Basra, Iraq, and was carrying Iraqi oil.

A marine tracking website, MarineTraffic.com, said both vessels had loaded their oil cargo at the port in Basra.

Iranian news media said the two vessels had an estimated combined capacity to carry 1.8 million barrels of oil and that their cargo was now in Iran’s possession.

The Guards guided the Greek ships to Iranian waters near the shoreline, where they have anchored, said an Iranian oil dealer who requested anonymity for fear of retribution. He said Iran had transported the crews to a guesthouse on shore, where they were being kept under a form of house arrest. They have been replaced with Iranian crews and gunmen to ensure the ships would remain in place.

The Tasnim news agency warned that 17 other Greek-flagged tankers currently afloat in the Persian Gulf would be seized by Iran if its oil and tanker taken by Greece last month were not returned.

Iran has a history of the retaliatory seizing of oil tankers in the Persian Gulf and the Strait of Hormuz in response to ships carrying its oil being stopped or confiscated. But the incident on Friday marked the first time in months that a foreign-flagged vessel was targeted by Iran.

In 2019, Iran seized a British tanker after the U.K. stopped an Iranian tanker in Gibraltar. In 2020, Iran confiscated a South Korean tanker in a dispute over South Korea freezing its oil revenues in response to U.S. economic sanctions. A Vietnamese tanker and a Panama-flagged tanker have also been temporarily captured by Iran’s naval forces.

The shadow war between Iran and Israel has also played out in the waters of the Persian Gulf, with the West accusing Iran of a drone attack on an Israeli-affiliated tanker that killed two European crew members in 2021. Iran denied it had a role in the attack