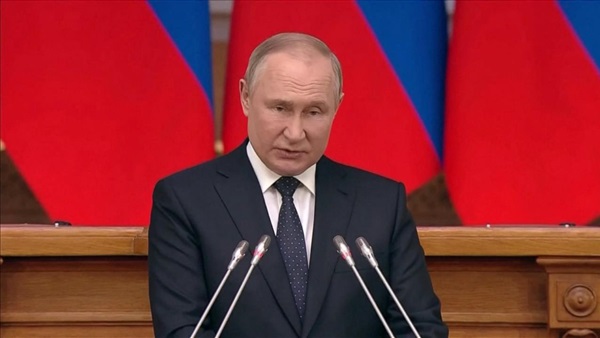 The National Reconnaissance Office (NRO), which has at least 50 of its own intelligence-gathering satellites, has signed a multibillion-dollar deal with companies that have been leading the field in exposing Russian actions in Ukraine, including the plundering of vital grain exports.

Images from NRO and commercial satellites have played a crucial role in helping the Ukrainians plot counterattacks against the invader’s troops and armour, revealing to the world the actions taken by Russian forces since February 24.

Maxar Technologies, awarded a ten-year contract by the NRO worth $3.24 billion, produced satellite images this week which showed two Russian-flagged cargo ships, the Matros Pozynich and Matros Koshka, loading up with Ukrainian grain at the port of Sevastopol in Crimea.

The two other US companies contracted by the NRO are BlackSky, based in Herndon, Virginia, and Planet Technology, in San Francisco.

Images produced by Maxar Technologies, which is based in Westminster, Colorado, helped to track the build-up of Russian forces on the border with Ukraine prior to the invasion on February 24. More recently they have been following the offensive in the eastern Donbas region.

All three private companies operate fleets of satellites and have played an increasingly influential role in detecting Russian missile positions and troop movements, with the Pentagon and the NRO coming to rely on the images as much as ones from their own satellites.

The commercial satellites, smaller and cheaper, are able to exploit the revolution in new technology and have become a vital asset for the Pentagon. “The NRO has a longstanding strategy of buy what we can, build what we must,” Chris Scolese, the NRO director, said.