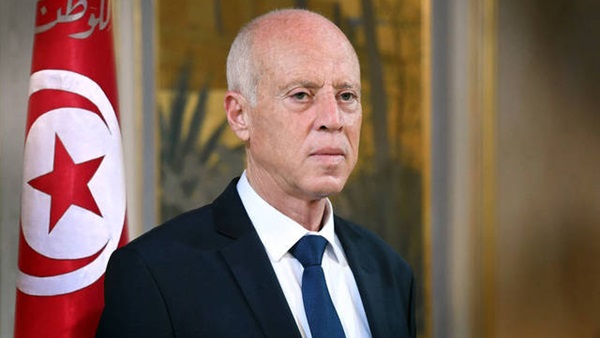 The dispute escalated between Tunisian President Qais Saeed and the General Labor Union, as the Secretary-General of the Union, Noureddine Tabboubi, revealed Saeed's intention that the national dialogue would proceed according to the presidency's vision, and not as the union demanded.

The Tunisian president sticks to his position, while the union believes that dialogue in this way will be sham and futile.

The Labor Union is facing a predicament, as it was betting on the president's retreat by the union's influence, while Saeed is trying to reduce this influence within his plan to rearrange the political scene.

Over the past ten years, the Tunisian Labor Union has enjoyed great influence. The union has had a role that goes beyond union work and workers' rights to political action.

The president is trying to return the union to its role for union work only, not politics.

The Tunisian General Labor Union says that the president's actions are an attempt to deprive him of the privileges he enjoyed, for which he was awarded the Nobel Prize in 2013.

The union waved general strikes to annoy Qais Saeed, as the administrative body, which is the highest authority in the union, unanimously agreed, during its meeting on Monday, May 23, 2022, to organize a national strike in public jobs and public companies.

The commission justified the call not by objecting to the president's policies or attempts to marginalize the union, but by defending the economic rights of employees, and protesting against the government's refusal to increase wages.

Observers consider that the union's action is not a guaranteed step, and may even harm it and the privileges it has obtained since 2011.

They also assert that the union, if it implements its strikes, will have placed itself in the area of force threatening the national interest, especially since Tunisia is going through unprecedented crises on more than one level, which may be understood as hostile to the state and not just Saeed.

Noting that the strike paper is no longer useful to the union, and the union has no choice but to engage in the national dialogue, which it rejected more than once.