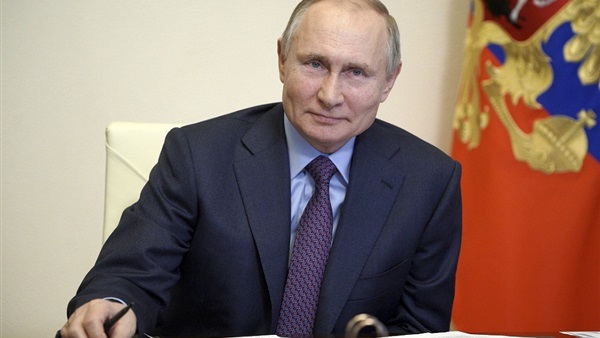 What happens when a geopolitical bromance curdles? Xi Jinping and Vladimir Putin swore friendship with “no limits” when they met in Beijing before the Ukrainian invasion but it was never clear where this relationship was going. Did they see themselves as creators of a new world order, like the blood brothers Augustus and Agrippa, the Roman empire-builders? Or as an anti-western partnership bonded by mutual grievances? Three months into the war, it’s worth asking if there is still a meaningful Xi-Putin axis or whether it’s already buckling under the strain.

The terms of their arrangement seemed to suggest that when Russia made its grab for Ukraine, China would watch Moscow’s back. It would not seek to exploit the westward shift of almost the entire Russian army from the far east. If, as anticipated, the West piled on sanctions, China would help the Kremlin out of its squeeze. And Russia would do the same for China should Xi invade Taiwan.

That was quite an entente. As recently as 2009 China conducted large-scale military exercises that some Moscow analysts understood as a dress rehearsal for an invasion of Russia. It took some years of elaborate courtship for quiet to fall on the eastern front.

But as bromances go, this one was always going to be more Molotov and Ribbentrop than Butch Cassidy and the Sundance Kid; that is, short-lived, with a whiff of imminent betrayal from the start. Xi did not, it appears, demand too many details about Russia’s gathering invasion force on Ukraine’s eastern and southern borders, trusting perhaps in Putin’s command of the battlefield. China, after all, had almost no recent experience of conflict, unless you count the short 1979 border war against Vietnam.

Xi was content to let Putin’s soldiers pay in blood for the cost of speeding up the inevitable decline of the West. He couldn’t lose, he must have told himself: at the worst, Biden would have to beg him for help in calming down Putin, in urging the Russians not to use tactical nuclear weapons.

Yet Xi was subjected to some rude shocks from the first weeks of Putin’s invasion. There was no surrender by Volodymyr Zelensky, no puppet regime installed in Kyiv, no triumphant welcome of Russia’s tanks, no Russian military governor. Just very public setbacks for the Russian military, and the creeping realisation that China was going to have to bankroll a protracted war in Europe, and to accept, too, that it was in harness to a military incompetent.

Since so much of the theatre of this unhappy axis was based on a personal understanding between the two supposedly invincible leaders, Xi will take a political hit. Suddenly, due to extend his presidential tenure later this year, Xi does not seem to be infallible. The quietly ambitious prime minister, Li Keqiang, may soon be considered to have sounder judgment than Xi.

After a fortnight of combat, Moscow was already asking for ammunition and kit, and only then did Xi realise he had walked into a mantrap. Russia, after all, was Beijing’s main arms supplier: what kind of crisis on the battlefield could have so dramatically reversed that role? China was ready to buy Russian oil when Europeans started to boycott it, but even then it demanded a rebate. It was also ready to help Putin sidestep western sanctions. Hatred of western financial warfare was, after all, a common cause. But rearming Russia would make China an active participant in the war, multiply the sanctions risk from the US and close down options.

This friendship turns out to have plenty of limits. China is spending more time analysing Russia’s mistakes than devising ways to help Moscow out of its mess. “It appears that Putin’s hoofs are stuck in the ooze,” a Taiwanese military commentator tells me, not without some schadenfreude. The Russian army, once the model for all Chinese generals, has been losing to a Ukrainian force schooled by US and Nato trainers since the first incursion in 2014. What if these techniques were employed by the Taiwanese when the Chinese went in? It could prove messy. Xi promises to take Taiwan “by force if necessary”; it was a boast he would have amplified at the 20th party congress this year. He may be thinking twice about that.

Xi is having to learn plenty about his friend Putin. How can he stand shoulder to shoulder with a regime that has plainly been so deeply penetrated by western intelligence agencies? Chinese spooks now see Russian military technical data as a legitimate hacking target. How can Russia be cut out of the global financial system with such ease? Xi is determined before autumn to make China siege-proof. And perhaps, just perhaps, he will change the way China is governed. “Maybe allowing one man to turn an authoritarian system that was benefiting myriad interest groups into a personalised fiefdom that risks everything isn’t such a good idea after all,” writes the Cold War scholar Stephen Kotkin in the latest issue of Foreign Affairs.

Chiefly, Xi has to understand that the Ukraine war, with its Putinflationary effect on global food and fuel prices and his supposed meeting of minds with the Kremlin leader, is a shortcut to catastrophe for China. The souring bromance on top of other governing blunders is leading to huge capital outflows, plunging growth rates and an increasingly open questioning of Xi’s judgment. It may even require him to rethink his confrontation with the US. High time, President Xi, to choose your friends more carefully.