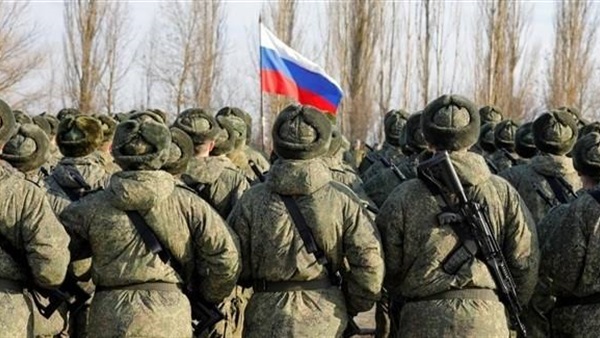 Russia has sacked senior commanders for their “poor performance” during the invasion of Ukraine amid a toxic environment of “cover-ups and scapegoating”, according to British intelligence.

Lieutenant General Serhiy Kisel, who commanded the elite 1st Guards Tank Army of the western military district, has been suspended for his failure to capture Kharkiv, Ukraine’s second largest city, the Ministry of Defence in London said.

While General Valery Gerasimov, the chief of the general staff, appears to remain in his post — he phoned his US counterpart General Mark Milley yesterday — it was unclear whether he “retains the confidence of President Putin”, the MoD said.

A western military source said this week that Gerasimov and Putin were believed to be making low-level tactical decisions of the sort normally decided by a colonel or brigadier.

The MoD briefing added yesterday: “In recent weeks, Russia has fired senior commanders who are considered to have performed poorly.

“A culture of cover-ups and scapegoating is probably prevalent within the Russian military and security system.” Such a culture could have an impact on Russia’s ability to fight going forward, it said.

The MoD said many officials involved in the invasion of Ukraine would “likely be increasingly distracted by efforts to avoid personal culpability for operational set-backs”.

“This will likely place further strain on Russia’s centralised model of command and control, as officers seek to defer key decisions to their superiors. It will be difficult for Russia to regain the initiative under these conditions.”

The Ukrainians claimed in April that Kisel had been dismissed on March 25 for his “indecisiveness and cowardliness” when commanding units in the region of Sumy and Kharkiv. Russian media said he gained combat experience in the first and second Chechen wars and the 2008 Russo-Georgian war.

Russian military leaders have also been criticised in the west for their treatment of soldiers under their command and failure to prepare them for war.

Dara Massicot, a senior policy researcher at the Rand Corporation, said that the Russian high command behaves as if its troops are an “afterthought” and can “simply throw people at poorly designed objectives until it succeeds”.

Writing for the Foreign Affairs magazine, Massicot said the Russian military’s disregard for its soldiers had undermined their effectiveness and “tanked their morale and will to fight”.

Military leaders may have been willing to overlook “systemic personnel maltreatment” and approved the invasion plan despite all its clear flaws, “the most obvious being that it could stretch the professional fighting force to the point of breaking”.

“There is no ready follow-on force to relieve the 190,000 troops Russia committed to this war, which means the troops will fight until exhaustion unless the Kremlin declares a mass mobilisation”, she added.

American defence officials said Russia appeared to be scaling down its ambitions, with assaults becoming smaller and more localised. Russian progress overall was “fairly limited”, a US official said. Ukrainian forces continued to push back Russian forces northeast of Kharkiv, the second biggest city, with some forces pushed back to about two miles from the border.

Russian attacks in the eastern Donbas region were described as “futile” by the Centre for Defence Strategies (CDS), a Ukrainian think tank, because of Russia’s lack of manpower.

It noted Russia has 105 battalion tactical groups (BTGs) — typically comprising up to 900 soldiers each — in Ukraine. Twenty of them have arrived in the past three weeks.

However, for a successful large-scale offensive in the Donbas they would need to commit at least 68 BTGs, it suggested. The CDS did not state how many groups Russia had deployed in the region but claimed Ukraine had about 48 BTGs there. “These numbers explain the futility of Russian actions in the region”, it said.

General Sir Richard Barrons, a former British military chief, has said previously that well-established Ukrainian defensive positions would be “really difficult to overcome” in the east of the country.