Turkey splinters Nato unity with veto against Finland and Sweden 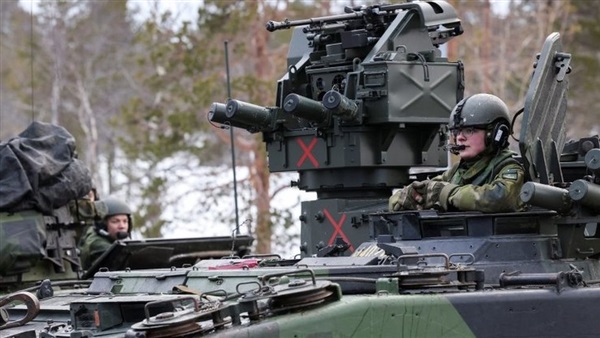 Turkey has broken Nato unity on Finland and Sweden’s push to join the alliance, blocking an initial vote on accession after President Erdogan demanded that the two countries hand over dozens of Turkish exiles he accused of “terrorism”.

The veto came hours after Jens Stoltenberg, the Nato secretary-general, hailed a historic moment for western security following the submission of Sweden and Finland’s formal applications. “This is a good day at a critical moment for our security. We all agree that we must stand together, and we all agree that this is an historic moment which we must seize. Every nation has the right to choose its own path.”

Nato ambassadors had met with the aim of swiftly processing the applications and to head off any Russian plans to undermine the security of the Nordic countries. The Turkish government’s opposition put a stop to the initial vote, according to reports from Nato headquarters in Brussels.

The 30 members of Nato have to agree to issue an accession protocol before the formal membership process can begin. Finland and Sweden were expected to become candidates in time for a meeting of Nato leaders in Madrid on June 28 where approval would be given.

Turkey claims that Sweden and Finland harbour people linked to groups it deems “terrorists”, including the Kurdish PKK group and followers of Fethullah Gulen, whom Erdogan accuses of a coup attempt in 2016. “We have such a sensitivity as protecting our borders from attacks by terrorist organisations,” Erdogan told his AK Party in parliament yesterday. “We asked for 30 terrorists. They said: ‘We are not giving them’. You won’t hand over terrorists but you want to join Nato? We cannot say yes to a security organisation that is devoid of security.”

He claimed that Nato had never supported him in the fight against Kurdish militant groups in southern Turkey or in Syria. “Nato expansion is only meaningful for us in proportion to the respect that will be shown to our sensitivities,” he said.

Nato declined to comment on Erdogan’s intervention, other than to repeat Stoltenberg’s comments that “the security interest of all allies have to be taken into account” and that the alliance was “determined to work through all issues and reach a rapid conclusion”. A diplomat said: “The meeting was held in secrecy so no details can be confirmed.”

Western diplomats do not believe that Erdogan will block Finland and Sweden’s membership indefinitely. In an interview with Sky News, Julianne Smith, the US ambassador to Nato, said that she thought the two would join “in the not too distant future . . . I think we’d like to see it done in a couple of months. That’s the goal.”

However, Erdogan’s veto is the first significant crack in Nato unity since the invasion of Ukraine and comes when the alliance wants to show strength in the face of Russian aggression.

President Niinisto of Finland and Magdalena Andersson, the Swedish prime minister, are due to meet President Biden today in an attempt to win his backing for rapid ratification. Mevlut Cavusoglu, the Turkish foreign minister, was due to meet Antony Blinken, his US counterpart, in New York last night. Niinisto said: “If we have a quick process there, it helps the whole process and timetable.”

Erdogan is expected to use the negotiations to unlock US support for Turkish participation in the F-35 fighter jet programme, as well as new deals for F-16s after a dispute over Turkey’s decision to buy the Russian S-400 missile defence system in 2017.

A diplomatic source told The Times that Turkey was using the accession process as a “bargaining chip”. The source added: “Maybe we could see the US shifting on certain things that Turkey wants,” adding that Turkey wanted the US to lift sanctions and to allow the country to buy F-35s.

Turkey’s recent relations with its Nato allies have been fractious. In 2017 it banned German diplomats from visiting 250 German troops stationed in Incirlik, a site in southern Turkey where American nuclear warheads are stored, after Berlin expressed concerns about election campaigning by pro-Erdogan politicians in Germany in the run-up to a referendum that handed the president stronger powers.

Both Nordic countries were neutral throughout the Cold War but were pushed to seek Nato membership by Russia’s invasion of Ukraine. Their membership would more than double the length of Nato’s border with Russia.

Switzerland is drawing up plans under which it could join Nato exercises as Russia’s invasion of Ukraine pushes the country to reconsider its centuries-old neutral status (Tom Ball writes).

Defence chiefs are looking at security options that include joint military exercises with Nato countries and “backfilling” munitions, Paelvi Pulli, head of security policy at the Swiss defence ministry, said.

Other options include regular meetings between Swiss and Nato commanders and politicians, she said. The report is due to be completed by the end of September when it will go to the Swiss cabinet for consideration.

Neutrality, which kept Switzerland out of both world wars, was adopted in 1815 at the Congress of Vienna.

“Ultimately, there could be changes in the way neutrality is interpreted,” Pulli told the Reuters news agency.

In Washington last week Viola Amherd, the defence minister, said Switzerland should work more closely with the military alliance but not join it. Finland and Sweden, which were neutral throughout the Cold War, have applied to join Nato.

Neutrality, included in the constitution, allows Switzerland the right to self-defence and scope on how to interpret the political aspects of the concept not covered by the legal definition. It was last updated in the early 1990s to allow a foreign policy based on co-operation with countries in areas such as disaster relief.

The war in Ukraine has revived the debate, now centred on decisions to impose sanctions on Russia but stop short of sending Swiss-made ammunition to Ukraine. Pulli said: “There is a lot of uneasiness that Switzerland cannot contribute more to help Ukraine.”