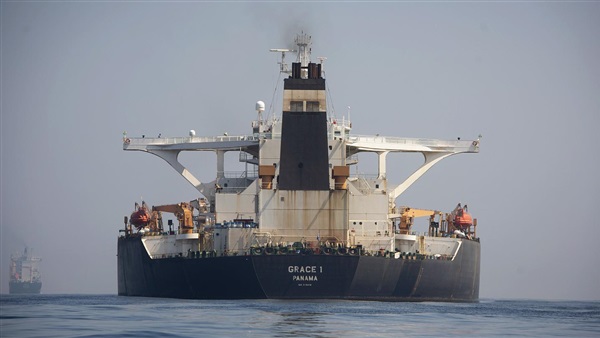 President Putin is deliberately choking off Ukrainian grain exports, which could trigger political unrest across Africa and the Middle East, western officials have said.

Protests could sweep across developing parts of the world as a result of Russia’s “weaponisation” of the global food supply, they said. They added that talks were under way for emergency naval convoys to enter the Black Sea to break the blockade.

Ukraine is a major exporter of wheat, maize and sunflower oil and is known as the “bread basket of Europe”. Russian ships have blockaded the country’s ports on the Black Sea since February, meaning that it has been unable to sell grain abroad in large quantities.

In normal times, Ukraine exports enough grain to feed 400 million people, many of whom live in developing countries. Russia and Ukraine together account for about 30 per cent of global wheat supply.

As well as limiting grain exports, the invasion of Ukraine has disrupted supplies of fertilisers and energy, raising food prices and pushing tens of millions to the brink of famine.

In Europe, the price of wheat has jumped by 74 per cent since January. Inflation and economic uncertainty have led to protests in countries across the world including Sri Lanka, Peru, Argentina and Iran.

A western official said last night that Britain was monitoring the threat of global uprisings as a result of soaring food prices and pointed to countries in Africa and the Middle East already gripped by social unrest. “Russia’s unprovoked illegal aggression has exacerbated an already bad situation and has created a major threat to global food security through a deliberate policy of weaponisation of global food supply,” the official said.

They accused invading troops of stealing grain, destroying silos and looting farm equipment and confirmed that talks were continuing about breaking the Russian blockade with UN-supported naval convoys. “The most important thing is to put pressure on Russia to unblock the ports and the sea routes, which still remains the easiest, the most effective way for exporting of Ukraine’s grains,” the official said.

In total, 1.7 billion people in more than 100 countries are directly affected by Ukraine’s inability to export grain, the United Nations said. There are 43 million on the brink of famine, and 570,000 facing the prospect of starvation.

Yesterday the World Bank committed another £9.7 billion to alleviate the effects of food insecurity arising from the war in Ukraine and climate change affecting agricultural yields.

David Malpass, the bank’s president, urged grain exporters to step up production as he raised the World Bank’s total package of support over the next 15 months to more than £24 billion.

“Food price increases are having devastating effects on the poorest,” he said. “It is critical that countries make clear statements now of future output increases in response to Russia’s invasion of Ukraine. Countries should make concerted efforts to increase the supply of energy and fertiliser, help farmers increase plantings and crop yields, and remove policies that block exports and imports, divert food to biofuel, or encourage unnecessary storage.”

Yesterday the US piled pressure on India to lift the ban. Before a meeting at the UN, Linda Thomas Greenfield, the US ambassador to the UN, said: “We’re encouraging countries not to restrict exports because we think any restrictions on exports will exacerbate the food shortages.”

The Bank of England governor warned this week of “apocalyptic” rises in food prices as a result of the war. Andrew Bailey said that after meeting the Ukrainian foreign minister in Washington, he felt helpless that farmers could grow crops but had “no way of shipping” them out.