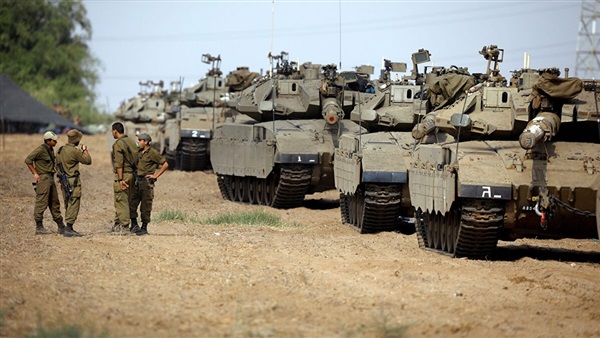 Russia has fired senior commanders for their “poor performance” during the invasion of Ukraine amid an emerging culture of “cover-ups and scapegoating”, according to British intelligence.

Officials also believe that Vice Admiral Igor Osipov, who commanded Russia’s Black Sea fleet, has been suspended after the sinking of the Moskva in April.

General Valery Gerasimov, chief of the general staff, likely remains in post, the intelligence said, although it is unclear whether he “retains the confidence of President Putin”.

The MoD said: “In recent weeks, Russia has fired senior commanders who are considered to have performed poorly during the opening stages of its invasion of Ukraine. A culture of cover-ups and scapegoating is probably prevalent within the Russian military and security system.”

Such a culture could have an impact on Russia’s ability to fight, it added.

The MoD said that many officials involved in the invasion of Ukraine would “likely be increasingly distracted by efforts to avoid personal culpability for Russia’s operational set-backs”.

The MoD stated: “This will likely place further strain on Russia’s centralised model of command and control, as officers increasingly seek to defer key decisions to their superiors. It will be difficult for Russia to regain the initiative under these conditions.”

US defence officials said that Russia appeared to be scaling down its ambitions, with offensives becoming smaller and more localised. An official said they were seeing a “shrinking of their offensives and their goals” and they were using smaller units. The Russian progress overall is “fairly limited”, with troops progressing maybe a few miles every day, a US official said.

Russian attacks in the eastern Donbas region were described as “futile” by the Centre for Defence Strategies (CDS), a Ukrainian think tank, because of its lack of manpower.

The think tank noted that Russia has at present 105 battalion tactical groups in Ukraine — each varying in size but typically comprising up to 900 soldiers each. Twenty of those have arrived in the past three weeks.

For a successful offensive in the Donbas — spanning the region between the city of Izyum and Vuhledar, further south — they must have at least 68 tactical groups, it said. The CDS did not say how many it had in the region but claimed that Ukraine had about 48 tactical groups there. “These numbers explain the futility of Russian actions in the region,” it said.

General Sir Richard Barrons, a retired British military chief, has said previously that well-established Ukrainian defensive positions would be “really difficult to overcome” and experts talked about the need for a force ratio in a frontal assault of at least five to one if not seven to one.

The Russians, too, are digging into their positions in the east and building up fortifications as they resupply stocks and attempt to improve their tactical positions.