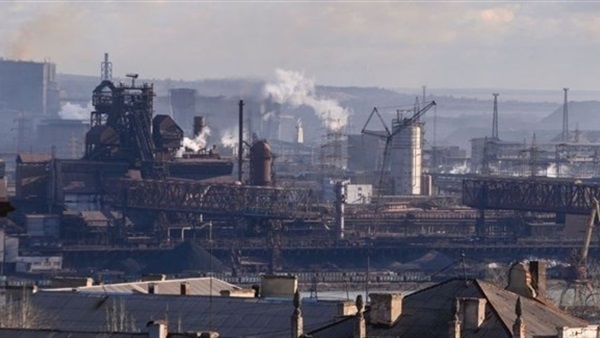 Russian forces have vowed to kill more than 1,000 Ukrainian troops alleged still to be in the besieged Azovstal steel plant, while the fate of hundreds of troops who have surrendered hangs in the balance.

Pro-Kremlin separatists in Donetsk claimed that more than half of the Azov Battalion was still defending the sprawling network of tunnels, the last bastion of Ukrainian resistance in the city of Mariupol.

Yesterday, the Russian defence ministry issued an update, saying that 959 Ukrainians had surrendered, 80 of them injured. It released footage apparently showing the wounded troops receiving treatment. In the videos soldiers are being carried on stretchers to ambulances bound for a hospital in the nearby town of Novoazovstal.

An internal debate is raging in Russia about the fate of the captured soldiers, with calls from hardline figures for members of the Azov Battalion to be “killed without delay”.

Ukrainian troops began surrendering this week following a battle in Mariupol lasting almost three months, which prevented an estimated 20,000 Russians from being deployed elsewhere. Ukraine has refused to admit the surrender of its soldiers, instead saying that their combat mission was over.

The defence of Mariupol cost Russia time and troops as it tried to open a land corridor to the Crimean peninsula, which it seized from Ukraine in 2014, according to British intelligence.

“Despite Russian forces having encircled Mariupol for over ten weeks, staunch Ukrainian resistance delayed Russia’s ability to gain full control of the city,” the Ministry of Defence said in an update on the state of the war. “This frustrated its early attempts to capture a key city and inflicted costly personnel losses amongst Russian forces.”

Denis Pushilin, the pro-Kremlin leader of the separatist Donetsk “people’s republic”, said he would show no mercy to the Ukrainian fighters who remained inside the plant. He said the steelworks would be torn down and replaced with a business park.

“Commanders and high-ranking fighters of [the] Azov [Battalion] have not yet come out,” he said. “The first option is to raise the white flag and lay down your arms. The second option is to die there, just die. They chose the first option.”

Russia has sought to justify the invasion of Ukraine by drawing attention to the far-right origins of the Azov Battalion and linking it to the “neo-Nazi” regime in Kyiv. The Azov Battalion, a paramilitary unit based in Mariupol, was incorporated into the Ukrainian army in 2014. Although it is said to be no longer dominated by far-right nationalists, its demonisation in the Russian press has made it more difficult for Moscow to accept a prisoner exchange with Kyiv.

Ukraine still hopes to reach a negotiated swap but refused to comment on the progress of talks yesterday, saying that the situation remained in the balance.

Oleksandr Matuzaynisk, a spokesman for the Ukrainian military, said that providing updates on the negotiations could “endanger” the soldiers’ lives. “The state is making utmost efforts to carry out the rescue of our servicemen. Let’s wait. Currently, the most important thing is to save the lives of our heroes,” he said.

Vadym Boychenko, the mayor of Mariupol, said that President Zelensky and the United Nations were involved in the efforts to bring the Ukrainian soldiers to safety, but said that he could provide no further information.

“Unfortunately, the subject is very sensitive and there is a very fragile set of talks going on today. Therefore I cannot say anything more,” he said.

In Russia, hardline supporters of the invasion have demanded that the Kremlin reject a prisoner swap. This week, Vyacheslav Volodin, speaker of the Duma, the lower house of parliament, ordered MPs to draw up a law prohibiting an exchange and denounced the captured members of the Azov Battalion as “Nazi criminals”.

In a post on Telegram, Aleksandr Sladkov, a prominent war journalist, demanded the execution of the captured Ukrainians.

“As soon as these soldiers were stripped of their weapons, a large number of people demanded that they be killed without delay,” he said. “Now the number calling for the death of the enemy has increased 100 times over.”

Igor Girkin, a former senior commander in the Donetsk people’s republic who has become a notable critic of the way the Kremlin has waged war in Ukraine, described the negotiated surrender of the Azov Battalion as shameful. “Judging by the reports, there was no surrender, but rather another shameful agreement took place. Let’s wait and see. If in the coming days the ‘heroes of Azov’ are welcomed with flowers in Kyiv, it will be clear that this has been simultaneously a triumph of both sabotage and idiocy.”