'We Have to Fight Back.' Afghan Women Are Losing Their Hard-Won Right to Work Under the Taliban 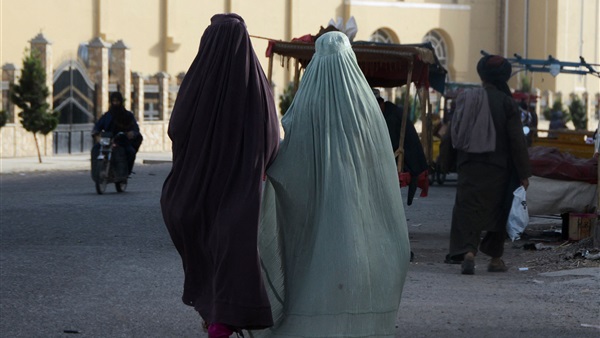 Afghan teacher Masuma is used to having her clothing scrutinized. The girls’ school where she works—among a minority to have reopened after most girls’ secondary schools were closed when the Taliban seized control of Afghanistan last year—has long required her to wear a uniform consisting of a dark, ankle-length dress, and a black headscarf.

But in recent weeks, the pressure has grown. On a hot late spring day in April, the school supervisor told Masuma her uniform did not comply with the Taliban’s latest guidance, which advised that women cover their faces in public. Despite the heat, he said, she should be wearing gloves and a burqa, the flowing garment that covers the entire head and face. When she told him she had a respiratory condition that meant she could not cover her face, he said she should watch out for “Vice and Virtue”—the ministry notorious for its often violent enforcement of such restrictions. “Don’t say I didn’t warn you,” she recalls him saying.

So when the Taliban issued a ruling on May 7 that all Afghan women should cover their faces in public, Masuma was defiant, but not surprised. Two of her colleagues had already been fired for failing to follow the dress code. Human Rights Watch (HRW) said in April that the Taliban had threatened to close girls’ secondary schools in Balkh province—one of only a few provinces where they had been able to remain open—if female students and staff did not take heed.

Masuma, whose full name has been withheld for her protection, is among a small cohort of Afghan women who had been allowed to keep their jobs after the Taliban seized control in August. These women—teachers, government employees, and aid workers—were kept on because their jobs required them to have contact with women and girls, so could not be done by a man. Yet even they now find their ability to work squeezed by the growing restrictions, placed on everything from what they wear to how they travel. “We cannot accept this,” says Masuma, 34, speaking by phone from Balkh’s provincial capital, Mazar-i-Sharif.

Many Afghan women don’t just want to work; they need to as the sole breadwinners in their families. Unemployment is high and decades of war have left Afghanistan with hundreds of thousands of widows.

Now, the space for Afghan women to work is disappearing fast. In addition to effectively mandating the burqa in public, the latest decree advised that the “first and best sign of observing hijab is not to leave the house.” If a woman does need to leave, she should obey the dress code and in some parts of the country, be accompanied by male relatives.. Already, many female government workers have been barred from their offices and told to come in only to collect their paychecks. Now, women say they are being told they will be fired if they do not comply with the latest recommendations.

“We have to fight back. I’m not covering my face and I have no intention of doing so. I just hope I won’t get fired,” Masuma says. “We’ll try to fight this even though we are tired, we’re exhausted. I’ve worked outside my home for 16 years… But [the Taliban] are treating us as though we don’t know anything.”

In a cruel twist, the decree makes women’s male relatives responsible for ensuring they comply—or face fines or jail time if they don’t. Women’s rights activists have warned that placing the onus on Mahram, or male “guardians,” could exacerbate domestic violence in a country where it’s already widespread. Nine out of 10 women in Afghanistan experience at least one form of domestic violence, according to the United Nations.

Heather Barr, associate women’s rights director at HRW, called the Taliban’s decree an “alarming escalation” and said the threat to punish male relatives removed what little power women had left to make decisions for themselves.

“A lot of the media coverage has focused on the restrictions on clothing and women have to cover their faces… What is actually more serious is that the Taliban has said that women shouldn’t be leaving their house unless they really need to and have a specific reason to,” she said in a WhatsApp voice message.

Many of the working women interviewed for this story see the Taliban’s latest decree as part of a wider campaign to pressure them to stop work. In March, the regime made a last-minute U-turn on secondary education for girls, announcing on the day schools were due to reopen that they would remain shut indefinitely. Months before that, the Taliban ruled that women traveling long distances must be accompanied by a male guardian. Working women said local Taliban officials were enforcing this rule even for shorter distances, making it virtually impossible for them to travel to work.

The Taliban did not respond to repeated requests for comment on this story. Akif Muhajir, spokesman for the Ministry for the Propagation of Virtue and the Prevention of Vice, has previously defended such restrictions—saying they aimed to protect women’s honor.

Samar, an elementary school teacher in northern Afghanistan, recalls being stopped at three separate Taliban checkpoints during one journey and asked why she had no Mahram with her. She had been traveling with three other women, one of whom had her father with her, but they were told they each needed their own male chaperone. (Out of safety concerns, Samar asked to use a pseudonym.)

“They stopped the car and questioned each of us individually,” says Samar, 25, who is the sole breadwinner in her family of 11. Her father has been unable to travel with her as he is trying to find a job.

The United Nations warned on May 9 that restrictions on women were preventing them from working and exacerbating Afghanistan’s dire economic problems, which have left more than half the country in need of humanitarian assistance.

Hundreds of thousands of jobs have been lost since the Taliban takeover last August, with women particularly hard hit, the U.N.’s International Labor Organization estimates. Women’s participation in the workforce reached a high of about 22% just before the COVID-19 pandemic hit, after a decade of steady gains. Since then, it has been falling steadily—first as a result of the pandemic, then the Taliban takeover. While the Taliban’s labor ministry declined to provide any data on the current situation, the ILO estimated on Jan. 19 that women’s participation had decreased by 16% in the third quarter of 2021.

The effects are far-reaching. More than half the people in Afghanistan who are struggling to get enough to eat are women and girls, according to the World Food Programme, with 85% of female-headed households resorting to drastic measures to feed their families, compared to 62% for male-headed households.

When Afghan aid worker Bahar (who also asked to use a pseudonym) started her current job in the central province of Ghor in January, the 25-year-old was told she should wear her burqa at all times—even when at her desk in a gender-segregated office. When she asked why, Bahar was told it was because men might pass by their office window. “The Taliban don’t like women working in the offices, and that is why they are always rude and disrespectful to female employees,” she says. “They don’t even look at us; they only look at our feet.”

During the two decades since the last Taliban regime fell in 2001, thousands of women trained as police officers. Only a handful remain in the force. One 33-year-old female officer who works at Kabul airport, where she does security checks on female passengers, says she now fears losing her job. “Everybody knows that the Taliban are against women working,” says the woman, who asked to remain anonymous. “We go to work with fear, and we come back home with fear.”