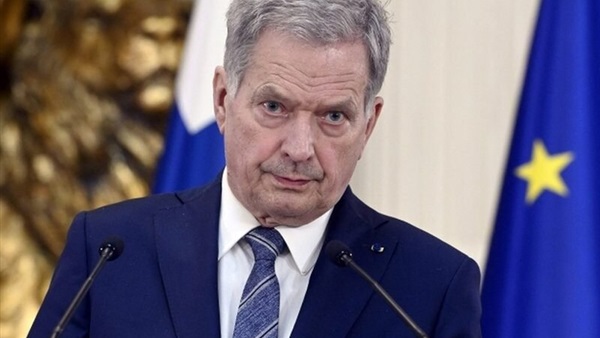 Finland and Sweden voiced optimism on Tuesday that they would join Nato, despite Turkey vehemently claiming it would not support their bids.

Finland’s president Sauli Niinisto said he was confident he could convince Turkey to accept its Nato application bid “with the help of constructive discussions”.

“Statements from Turkey have very quickly changed and become harder during the last few days,” President Niinisto said during an address to Sweden’s parliament. “But I am sure that, with the help of constructive discussions, we will solve the situation.”

He added: “I am optimistic.”

Turkey surprised many Nato allies on Monday by saying it would not support membership for Sweden and Finland after the two countries took the widely anticipated step of agreeing to apply to join the US-led alliance this week.

“Neither of these countries have a clear, open attitude towards terrorist organisation,” said Presidnet Erdogan. “How can we trust them?”

Turkish state broadcaster TRT Haber said on Monday that Sweden and Finland had not granted approval for the repatriation of 33 people that Turkey had requested, including members of PKK and Fethullah Gulen.

Niinisto said he talked to Turkish President Tayyip Erdogan a month ago and that the message then had been supportive of Finnish and Swedish membership in Nato.

Niinisto and Swedish Prime Minister Magdalena Andersson will travel to the United States to meet President Joe Biden on Thursday to discuss the applications.

Finland’s Niinisto said quick ratification by the United States could smooth the path toward membership for the two Nordic neighbours, who joined the European Union together in 1995.

The White House said the administration was confident Nato can reach consensus about the bids.

Despite Vladimir Putin appearing to back down significantly on the issue by insisting Russia had “no problem” with the countries’ Nato bids, Iceland, Denmark, Norway and France all joined the UK in pledging to defend the two nations in the event of an attack prior to their accession – a “vulnerable” period which Sweden’s premier Magdalena Andersson suggested could last up to a year.

After years of non-alignment stretching back to the end of the Napoleonic Wars in Sweden, and for more than half a century in Finland, both nations have developed strong and well-equipped militaries.

Both are among 10 countries taking part in Nato exercises currently underway in Estonia, organised prior to Mr Putin’s invasion of Ukraine, which are named “Hedgehog” and billed as one of the alliance’s largest drills in the Baltics to date.

Russia’s president, meanwhile, appeared to soften his stance on the move on Monday, insisting that Moscow “does not have a problem” with Finland and Sweden’s accession to Nato, as it sees “no immediate threat to Russia”.

Instead he warned that, if the alliance were to move more troops or military hardware onto the territory of its new members – steps Finland and Sweden have both already ruled out – then that would “certainly provoke a reaction”.