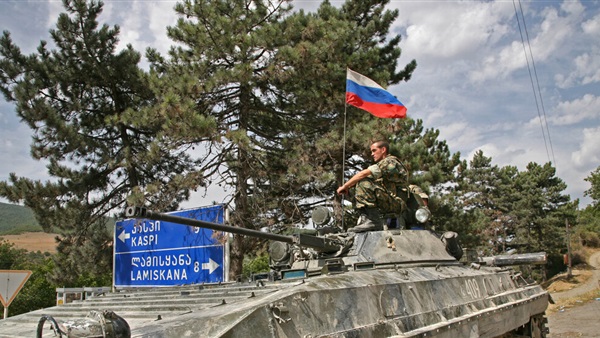 There has been a spate of arson attacks on military recruitment offices in Russia amid growing evidence that the Kremlin has begun a process of covert mobilisation to replenish the ranks of its depleted army.

Masked assailants threw petrol bombs at the offices of four regional enlistment centres across western Russia over the weekend.

Since the start of the war there have been at least 11 similar attacks but the latest incidents suggest a significant rise in violent anti-war dissent within Russia.

It is unclear whether the attacks were co-ordinated but they may have come in response to an unannounced mobilisation.

Although Putin has yet to declare full mobilisation, which would bring a huge number of the civilian population under arms, a form of covert recruitment has already begun, with men of all ages being invited to their local enlistment office for “military registration”.

Kyrylo Budanov, head of intelligence at Ukraine’s Ministy of Defence, said Russia was forming new units of reservists, who would probably have scant training and little motivation to fight. He said: “This covert mobilisation is already under way and we have prisoners who were brought in under this system.”

Local businesses are also being called on. According to Pavel Chikov, head of Agora, a human rights group, a company in St Petersburg received a letter demanding the use of one of its cars.

Russia has also begun its annual conscription of men between the ages of 18 and 27, who are required to perform one year’s compulsory military service. Budanov said the Kremlin was considering changes to conscription law that would allow men of conscription age to be called up at any point throughout the year.

“They are also considering increasing the sentence for avoiding military service . . . People are trying en masse to avoid going to war in Ukraine,” he said.

The attacks over the weekend were reported on the Telegram app by a dissident group known as “VataHunters”. It has also published instructions on how to sabotage railway lines.

“The goal has been to destroy the archive with the personal files of conscripts — it is located in these areas. This should prevent mobilisation in the district,” VataHunters wrote after announcing an attack on a recruitment centre near Moscow.

The group has also published guidance for Russians on how to avoid military call-up. The guide states that refusing to take part in the “special operation” is not a crime, as martial law has not been officially declared.

On May 5 two men attacked a recruitment centre in the city of Nizhnevartovsk, western Siberia. One of the men filmed the other hurling at least seven petrol bombs through a glass door and window into the building, starting a fire.