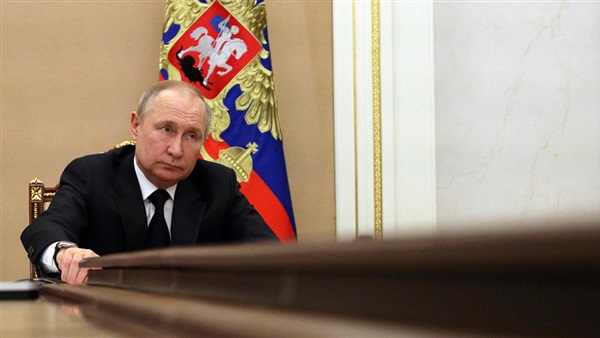 Russia’s offensive in the Donbas region is more than just the latest, reduced, version of the military objectives the Kremlin began with when it launched the Ukraine invasion. Donbas has become the make-or-break effort for President Putin and will define the course of the war. If Russian forces can’t achieve a quick breakthrough in this offensive, it is difficult to see where Putin could achieve any significant victory, even as a bargaining chip for the future.

Russia’s Donbas offensive is still building. About 18-20,000 troops are being held back in Belgorod on the other side of the border, presumably to feed into it very soon. There has been some limited Russian success at Popasna, and the important hub of Severodonetsk is under pressure from Russian forces advancing on three sides, though their bold attempt last week at a river crossing to complete the circle was a humiliating fiasco.

But the key to controlling Donbas, and surrounding the 40 per cent of Ukrainian troops fighting there, lies in capturing Slovyansk and nearby Kramatorsk. The Ukrainians have drawn a perimeter around both cities and mean to make it a fortress.

Unless Ukrainian troops crack in more than one place simultaneously, it is hard to see the Russians overrunning Donbas or, for that matter, much more of the famous “land-bridge to Crimea”, where Moscow’s forces are thinner and already have their hands full.

If Putin is denied a swift victory in Donbas, and western support to Kyiv does not falter, then his war may turn into something worse for him than the widely predicted stalemate — rather, a defensive operation to hang on to some of the territories the Kremlin grabbed in 2014. Defensive, too, inside the Kremlin. He cannot forever blame the military and his security chiefs for failing to do the impossible. Their only survival mechanism will eventually be to turn on him.

The military equation suggests that if Ukrainian forces can prevent Donbas being overrun in the next month, then momentum may shift more decisively in Kyiv’s favour. Ukraine is fighting for its life fully mobilised, and receiving copious outside help. Russia is fighting only a “special military operation”, has not mobilised, and is getting dubious help only from some weak allies in Syria and east Africa. Having failed at the start to knock out the Kyiv government in a single blow, thereby giving Ukraine the time to mobilise, the numbers are beginning to work against Russia. It leaves Putin hopping between different versions of outright failure.

Russia’s standing peacetime army is 280,000 and each spring it rotates through an annual conscription process of 130,000 or so joining and leaving it. Putin committed 190,000 of that force to this operation and has little to show for it. He has used the best; now he is committing the rest to try to fashion some meaningful victory from the whole adventure.

Ukraine faced the invasion with a standing army of about 125,000, but a reserve force of 900,000. Crucially, about a third of the reserves have real combat experience, fighting across the Donbas since 2015. In effect, Ukraine can field a well-trained army of about 400,000, not to mention a much bigger, and fiercely patriotic, Territorial Defence Force of ordinary citizens. Putin’s forces will increasingly find themselves outnumbered, as well as outgunned by western systems, on the ground in Ukraine.

With western help, that equation will continue to work against Russia unless Putin is prepared to declare some measure of significant national mobilisation. That, in itself, would be an admission of failure and he can only justify it by ramping up the anti-western rhetoric that this is now Russia’s new “Great Patriotic War”.

Putin’s last hope before facing the dreaded prospect of mobilisation is to conjure a quick victory. If he fails, mobilisation can hardly be avoided, and we should then expect Russia to pour more resources into the war, well beyond the end of this year. Western powers are likely to respond and move into the grey zone between help and direct involvement in Ukraine. The stakes, already high, may go higher yet. Ukraine’s survival will prove a bigger test of European and western nerves. Putin will not lose gracefully. More likely he will try to put a Ukrainian failure within the context of a greater European struggle, between a wounded, paranoid superpower and the rest of us. Ukrainian success in the Donbas will be welcome. But unless it turns Russia’s military and the security elite against Putin, it will also propel the next phase in this war.